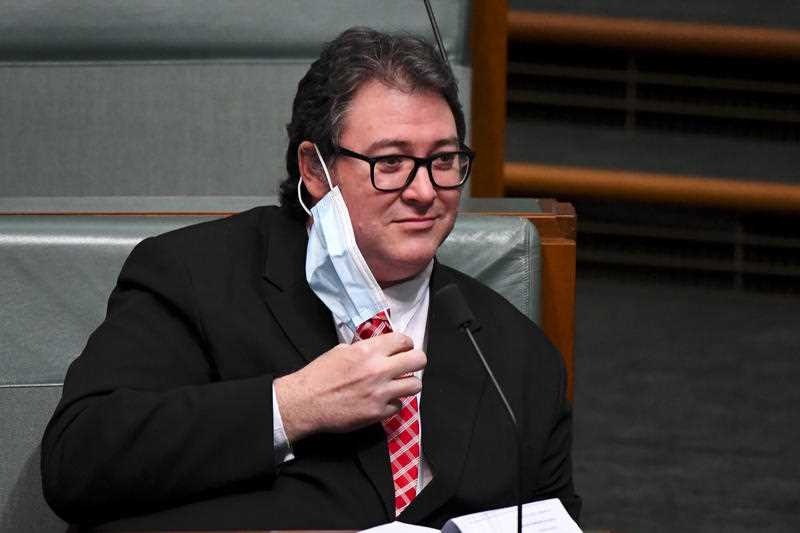 Folklore has it that if you click your heels and say “George Christensen” three times, a cushy job and a plate of Filipino chicken will magically appear. The controversial Liberal-National Party MP, best known for being the worst, was in the headlines again last week.

“They will say we need to maintain lockdowns, we need to maintain mask-wearing,” he told the crowd in his Queensland electorate. “And we should not comply, because at some point in this fight, civil disobedience is going to have to be done and we are going to have to prepare for that at some stage because I see that day coming very, very soon and very, very quickly.” 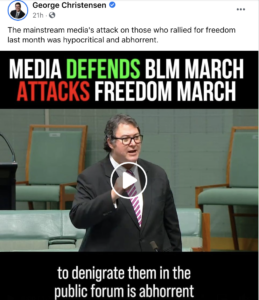 Last week, the divisive MP,  word-vomited a Trump-level batshit rant, attacking public health measures, declaring that neither masks nor lockdowns work and railing against a vaccine passport system. “When will the madness end?” asked the man who called Safe Schools “grooming for Paedophiles”.

“Lockdowns don’t destroy the virus but they do destroy people’s livelihoods and people’s lives. Studies have shown they can even increase mortality rates.” Have they?????!!?!?

In Question Time, Labor leader Anthony Albanese’s backbone briefly came out of retirement to slam the recalcitrant backbencher and moved a motion to condemn his comments. He also claimed that misinformation spread by Christensen had abetted the PM’s gaping clusterfuck of a vaccine rollout to hamstring Australia’s fight against the virus. “This is having an impact. People are dying. People are getting sick.”

Surprisingly, so-called Prime Minister Scott Morrison and acting Leader of the House Christian “Ugh” Porter allowed speeches on the matter in QT. An intense debate was followed by a moment of rare bipartisan harmony, as ALP and LNP, plus crossbenchers, united against George Christensen’s stupid mouth (I’m paraphrasing).

Caught between a rock and an idiot, even Morrison voted to denounce Christensen’s comments, though it’s rumoured he later told colleagues it was Opposites Day. 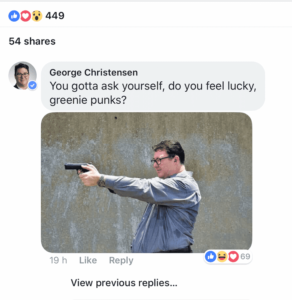 Why didn’t Scott Morrison censure George Christensen for his multiple misdeeds earlier? Like when he spoke at the protest. Or posted blatant lies on social media.

If you compare George Christensen’s comments to Craig Kelly – who eventually decided/was encouraged to quit and sit on crossbench it’s impossible for @ScottMorrisonMP to do nothing about what George said in Parliament. Otherwise why kick out Craig?

But how do you solve a problem like George C, huh? 🎵

By doing what every conservative does in a bind: yelling “FREE SPEECH” and running for the hills(ong). “I don’t share the views of the Member for Dawson on that matter,” Morrison had previously told Parliament. “I have been very clear about that, but I tell you what, in this country, people have a right to free speech.”

He almost got away with it Scott-free too. Christensen has said he won’t be contesting his seat  next election, so he can spend more time with his wife or do Pilates or LOL I don’t care, and I imagine the King of Engadine was hoping with all his no heart to make it to the ballot box without having to deal with the outgoing MP in any significant way.

If only it wasn’t for those fucking vaccine passports. 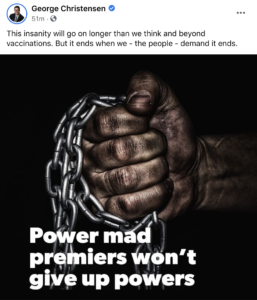 Digital vaccine passports or certificates, linked to Australians’ MyGov accounts, will be introduced for international travel when (if?) the borders reopen. It’s unknown if this will be extended to domestic travel but the PM, who couldn’t have fucked this pandemic up more if he tried, has firmly stated in his firmest firm voice that any regulations for private businesses to demand proof of vaccination from patrons are “a matter for the states”. Drink.

Our boy George isn’t on board and, in a truly baller move, launched a petition, which he plans to present to Scott Morrison and Health Minister Greg Hunt. It states that while he apparently isn’t an anti-vaxxer, he’s against forced medical intervention and restrictions on individual freedoms. 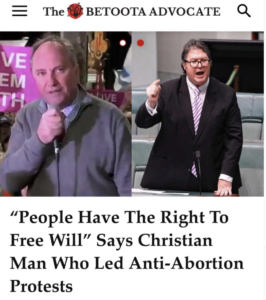 I am unequivocally pro-vaccinations. I’ve had two doses of Pfizer and will roll up my sleeve again if required. I am pro-mask, pro-lockdown and, after 54 days alone with my cat, I’m pro anything that will hasten the overthrowal of this fucking virus, except military force and the inconsistent over-policing of different postcodes and ethnicities.

I am also here for vaccine passports, though I struggled slightly with the concept at first. The thing is, and this hurts me more than you, I can see where George Christensen is coming from. Perhaps I’ve shouted, “MY BODY, MY CHOICE” at pro-lifers too many times. Or I could be high.

In his petition, Christensen says that many Australians are concerned about “injecting themselves and their family members with a rushed vaccine”. And he’s right. While we tend to instantly write off anti-vaxxers and vaccine-hesitant people as stupid and/or selfish and look, some of them are, we need to acknowledge the role of fear in all this. People are scared and George Christensen is just looking out for them, right? Wrong.

On the surface, George Christensen is standing up for people with legitimate fears about COVID vaccinations. But it’s George Christensen who planted many of these fears. The man is obsessed with individual freedoms and vaccine passports threaten his immense privilege. If he really cared about his supporters’ vaccine anxieties he would be educating them with reliable information instead of regurgitating misinformation and encouraging dissent.

While yes, coronavirus vaccines have been produced and tested at record speed, epidemiologists around the world believe they are as safe as their safest predecessors. Research, production and testing are being done in tandem, allowing for a process that often takes years to be achieved in 12 months. They’ve been ruled safe as fuck and highly effective by people smarter than you, me and especially George Christensen.

One of those smarties is Mark Toshner, the Director of Translational Biomedical Research at the University of Cambridge, who explained in The Conversation why a long vaccine development timeframe is actually undesirable: ”Next time somebody expresses concern at the astonishing speed the vaccine trials have happened at, point out to them that ten years isn’t a good thing, it’s a bad thing. It’s not ten years because that is safe, it’s ten hard years of battling indifference, commercial imperatives, luck and red tape. It represents barriers in the process that we have now proved are ‘easy to overcome.”

Now that’s a mansplain I can get behind.

Christensen’s petition objects to forced medical intervention as discriminatory and undemocratic, and I again begrudgingly take his point. Images from history books and bad midday movies, of forced sterilisations, lobotomies and other consent-light medical atrocities, fill my mind. But, these procedures were done on specific, highly vulnerable groups of people, sometimes without sufficient testing and often in secret, while coronavirus vaccines are well tested, universal and transparent.

Having opted out of My Health Record for reasons I can’t entirely recall that must have seemed important at the time, I also understand Christensen’s opposition to the obligatory sharing of personal medical information. But have you ever been to another country, bro?

It’s well accepted that some countries mandate specific vaccinations and proof of such from tourists and migrants to gain visas and entry. This 2016 document from the World Health Organisation lists various countries’ requirements for travellers regarding just yellow fever vaccination and malaria prevention, and there are many others. We’ve been doing this for years, George, it’s not even a little bit new.

This pandemic has caused catastrophic damage to almost every country in the world and the true scale of its reckoning won’t be known for years, if ever. All we can do is take one day at a time, face each new challenge as it comes and look out for each other and the common good. If only we weren’t governed by arseholes.

“Given the way the lockdowns are going, vax to the max is clearly key to recovery,” wrote Niki Savva in The Age and SMH last week. “So there needs to be an Australia-wide approach rather than relying on individual businesses, or the states, to decide how to handle the unvaccinated.”

“It doesn’t mean mandating, it does mean recognising that while people are free not to get vaccinated, the rest of us who have been vaccinated have a right to be protected from them.”

It also means counting the days until George Christensen has fucked off into public-funded obscurity, ideally with two jabs of Pfizer in his arm and a one-way ticket to the Philippines.