General News
I’m not saying the Coalition is corrupt, but I’m not *not* saying that either
July 7, 2021 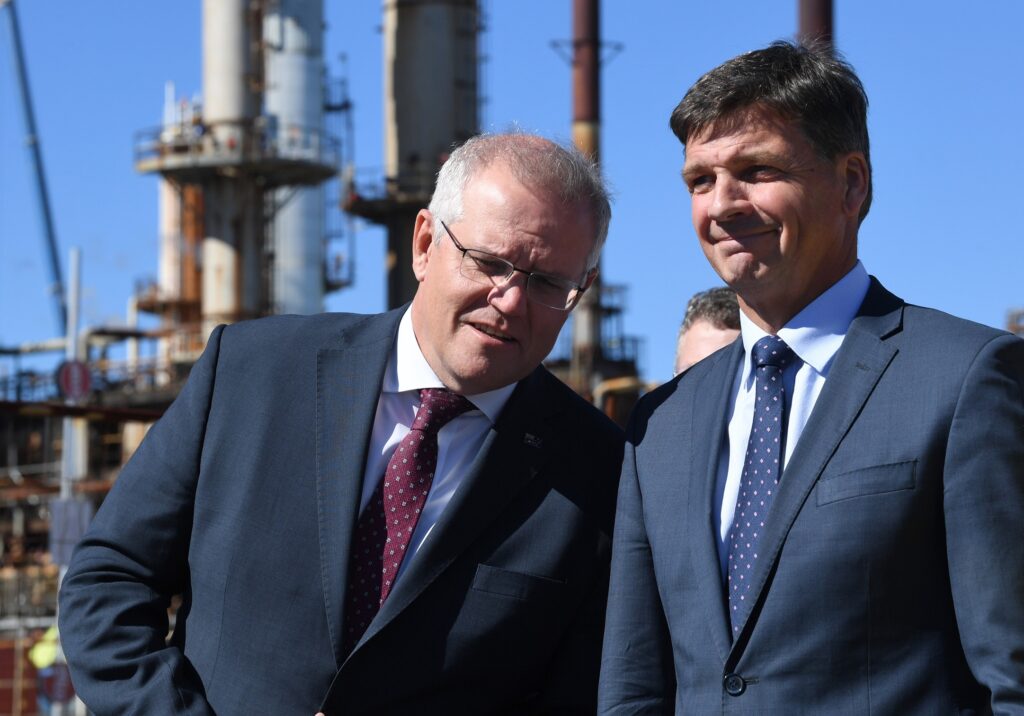 Coincidences are crazy. It’s weird how stuff happens sometimes, like how you’re thinking of a movie then you go home and your housemate is watching that exact same film, or you have a friend you haven’t seen in years that you run into twice in one week, or that time in Sydney when the Liberal government brought in lockout laws and the Star Casino was magically exempt.

It’s just so funny and absolutely a coincidence that the law was aimed at curbing drunken night time violence, but weirdly, the most violent venue in Sydney, the Star Casino, was not subject to the law. Who would have thought? Venues with pokie machines were also exempt as long as you didn’t drink which was another weird coincidence. It’s just so wild that a billion-dollar industry who also donates to the Liberal Party were just by pure chance exempt from these new laws in a way that directly benefited their business!

You really don’t have to look far to find all kinds of wacky coincidences in politics, especially when this iteration of the Coalition is concerned. For example, this weird series of coincidences with water buybacks. So weird how Angus Taylor was the director of Eastern Australia Agriculture for a bit, then that very same company was the vendor for the 2017 water buybacks. A normal person might say, “Hey, this is corruption”, but that person would then be sued for defamation. Because you can’t say stuff like that without proof. I’m certainly not saying it. I’m just chucking out some ideas to think about.

Who could forget the whole sports rorts affair? Luckily, with the outbreak of the worst pandemic in living memory, just about the entire Australian media forgot. I’m sure nothing untoward was happening, it’s just a zany stroke of luck that sports grants were going to marginal Coalition seats that didn’t seem to meet the criteria and in some cases didn’t seem to use the money for sports stuff.

If it wasn’t for the fact that mind-boggling coincidences happen every day, one might think that the Liberals and the Nationals are little more than a criminal cartel whose entire purpose for existing is to either take bribes for political favours, do favours for mates, or shift around money to ensure their re-election in order to take more bribes.

Just to be clear though, I am not making that accusation because it’s just as likely that all these coincidences are just random chance, or even possibly the work of some kind of ancient warlock who was sealed underground millennia ago by the armies of light, who has now been raised from his dark slumber by a group of inquisitive teens who were exploring a cave as part of a coming-of-age adventure, and then the warlock was so mad that he cast a series of hexes and curses, causing big businesses who donate to the Liberal and National parties to win large government tenders or be granted special exemption from laws in a way that benefits their bottom line significantly.

That’s definitely a highly likely scenario and one which I definitely believe.

Now we have the carpark rort. Another crazy coincidence for a party that just keeps finding itself in these weird scenarios born of either pure chance or a warlock’s curse. It turns out that the federal government has spent $660 million on 47 car parks that were not selected by the infrastructure department, and instead handpicked by Coalition MPs. Nationally, the vast majority of the car parks in this scheme were in coalition seats, and were found not to be based on merit or need.

So either, it’s a big ol’ freaky-deaky coincidence, another dastardly spell of the ancient warlock, or the Coalition is a corrupt, criminal enterprise. It’s my opinion that it’s definitely the first two probably, and that opinion may or may not relate to the fact that I don’t want to be sued.

It’s not like these carpark rorts really matter to the public anyway, at least according to finance minister Simon Birmingham. He said that “The Australian people had their chance” by voting the Liberal government back in. Just to be clear though, I don’t really remember the Libs campaigning on a platform of “we’re gonna misuse government money for car parks”. The Australian public didn’t actually vote for that at all, they voted to keep scary foreigners in prison islands and for poor people to eat a bag of dog shit.

Look… real talk time: we know what you’re doing, you absolute fuckstains. I can’t directly say it, but we all know. Just like how this one time when I was at a servo and a van pulled up and a guy tried to sell me a surround sound system that he said was a “missed delivery”. His story made literally no sense. He said he was delivering a surround sound system but not inside any kind of box or anything and because the guy wasn’t home he was now legally allowed to just sell it to whoever, and he had decided that the best way to sell it was to pull up to a dude at a servo on the Hume Highway and try to sell it out of the back of his van. I have not one shred of proof that this guy stole a surround sound system. I didn’t see the deed, I don’t know where it came from, I don’t know this guy at all. I can’t prove he stole it. But he definitely stole it.

We all know that these aren’t coincidences. We know that when big businesses donate to a political party they expect favours in return, and when laws get passed or tenders get granted that benefit those same businesses, we know it’s corruption. We know that when a report says taxpayer money was spent on unnecessary projects in marginal seats that it’s a transparent attempt to either give money to donors, buy votes, or both.

More depressingly, we also know that in a legal sense, nothing will happen. There’ll be a bunch of news stories where people make the implication that these things are somehow dodgy, but no one will outright say it because they’ll be sued by a government that literally sues members of the public who criticise them. No one will lose their jobs, no one will go to jail, and no one will face any legal consequences. The worst thing that will happen is the government loses the election and the same people involved in these “hypothetical” scenarios will get cushy 7-figure consulting jobs for large companies that also happened to be big donors.

We all know how it works, they know that we know, and they simply don’t give a fuck, because at the end of the day, they reckon they will win the next election as long as house prices don’t fall. And they could be right.