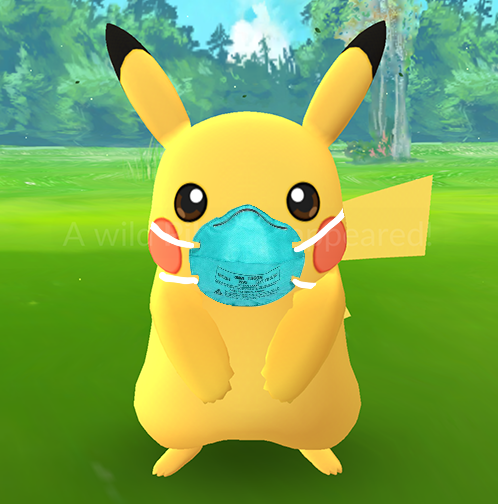 Victoria Police Deputy Commissioner Rick Nugent has today confirmed that fangin’ around in a car playing Pokémon Go is not a permitted reason to leave the house during Victoria’s second coronavirus lockdown.

At today’s press conference, where Victorian Premier Daniel Andrews announced a further 238 new cases of COVID-19 in the state, Nugent said Victoria Police had issued fines to a group “of mates driving around playing Pokémon”.

It’s not yet clear whether the monster hunters were attempting to hatch eggs faster by abusing the game’s pedometer – a breach, not only of the lockdown laws, but the spirit of the game, which is meant to encourage walking and a healthy lifestyle.

Unfortunately, no journalist physically present at the presser had the foresight to ask if walking around playing Pokémon Go was permitted under the daily exercise clause.

Nugent also highlighted other breaches of the lockdown laws, name-dropping KFC again, referring to the infamous 2am backyard birthday bash in which $26,000 worth of fines were issued to people hiding in bushes desperately hoping the delicious waft of Zinger Burger wouldn’t reveal their ruse.

Nugent also mentioned that they’d found people “hiding in cupboards,” but didn’t elaborate whether that too was Pokémon or KFC related.

Pokémon fans are advised, by me, to just play Pokemon Sword and Shield on the Nintendo Switch, which is a much better game.