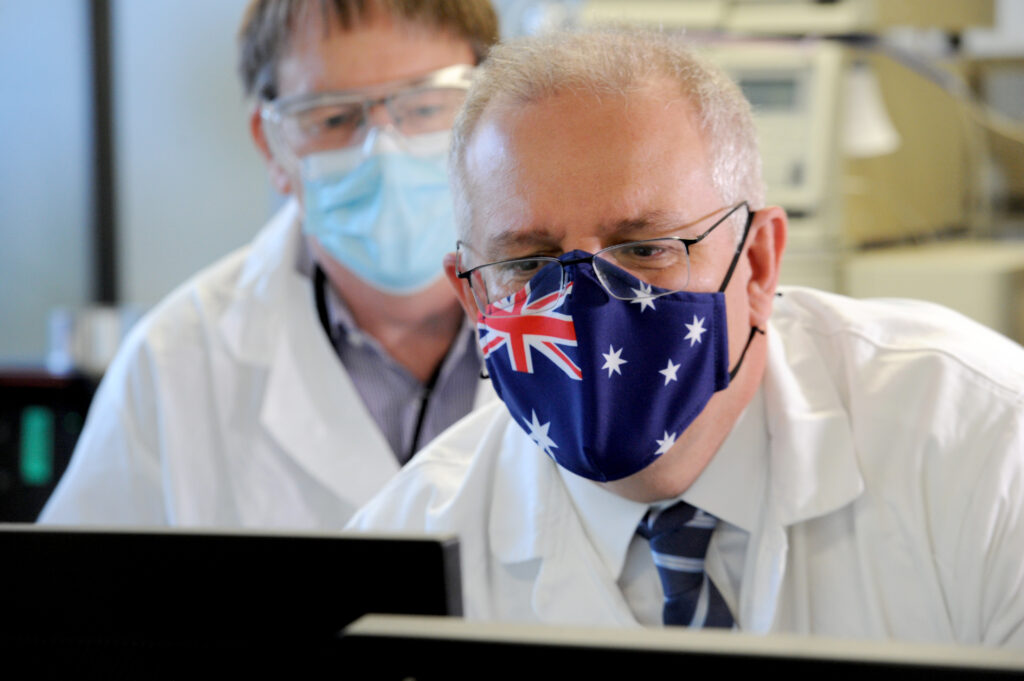 Scott Morrison this week told a conference of Pentecostal Churches – “happy clappy money-pit culty things” in less polite circles – that he and Jenny were chosen by God to protect Australia from the “evil one”, an eternal malignant force currently preoccupied with making people mean on Twitter.

With a divine plan aparently well underway, Scott Morrison somehow the Prime Minister, is it too heretical to ask why this particular deity didn’t want Australians vaccinated in an efficient, competent manner? 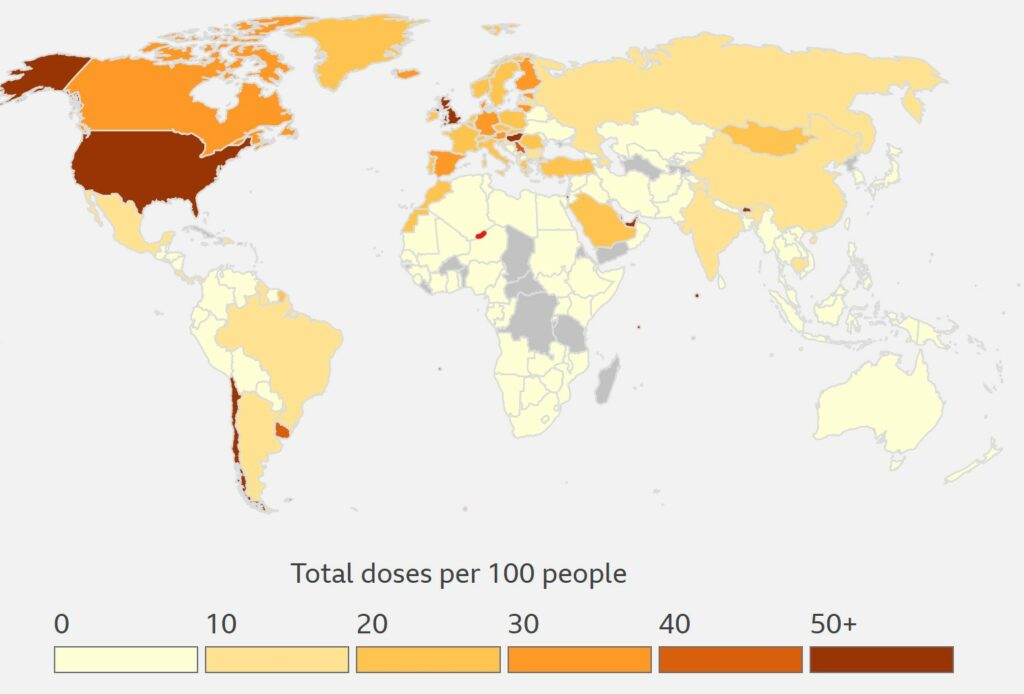 At the National Conference of the Australian Christian Churches, held on the Gold Coast and flown to in a tax-payer funded small jet, Morrison admitted to practising the evangelical tradition of the laying on of hands. “I’ve been in evacuation centres where people thought I was just giving someone a hug and I was praying, and putting my hands on people,” he said, his struggles with the concept of consent making slightly more sense in this context. There is as yet no “milkshake” ad to help him understand why traumatised survivors of climate cataclysm might not want to be touched by the man determined to do sweet fuck all about it.

Far be it for me to question the Lord’s wisdom, but Morrison does seem an odd choice for this crucial, precarious moment in history, his propensity for not wanting to do all that much springing to mind. With lofty notions like the separation of Church and state all but abandoned this week, perhaps we should just lean into it and “lay hands on” 43 million more doses of vaccine, because that’s what we find ourselves needing.

Our tactical mistake, it appears, is Australia went all-in on the wrong vaccine, the one young people are now advised not to take, didn’t acquire nearly enough of it anyway, and now don’t have much of the right one as well. Scrawled on the national shopping list, “get lots, we’re throwing a party, any brand is ok”, underlined 25 million times, and our Government came back from market with a small amount of one type. The blood clot one.

To get to this glorious exhausted point, our best and brightest medical scientists invented an entire new class of vaccine, mRNA, all under the immense pressure of having the world around them collapse into misery and ruin. A billion jabs: a staggering achievement.

Of this billion, Australia has contributed 2.1 million doses, or 0.2% of the species’ collective drive to immunise our butts back to Mediterranean beaches as soon as fucking possible. This is currently the 91st best rollout in the world, and a long way from “first in line”, something Morrison once claimed but no longer does. Even NewsCorp has its limits.

Parts of the world with less banana republic souls than us have picked up the slack. Tiny Gibraltar, the only territory in the world fully vaccinated, has hit the desired target of 200 shots for every 100 people – immunisation requiring two jabs each. Again, hell fuck yeah.

Of the larger, more important nations we pretend we’re similar to, Israel has stormed furthest ahead, passing 120 jabs for every 100 people, 60% of the way to blanket coverage. The UK, having messed up everything else, put the NHS to extraordinarily good use, passing the 69 jabs per 100 lads and ladettes mark. And the USA – only months ago a less moronic, more successful coup attempt away from democracy toppling – is close behind on 68.

Germany has passed 30 jabs per 100, with most of the European Union hovering in a similar (but still empty) ballpark.

Australia has administered 7.6 jabs for every 100 Aussies. This is better than less than that, but not by a statistically significant amount.

Having fallen so far behind both our initial and revised rollout targets, Morrison prudently abandoned the entire concept of having goals, presumably now measuring success on the number of flag masks and puff pieces rolled out in the Daily Telegraph. 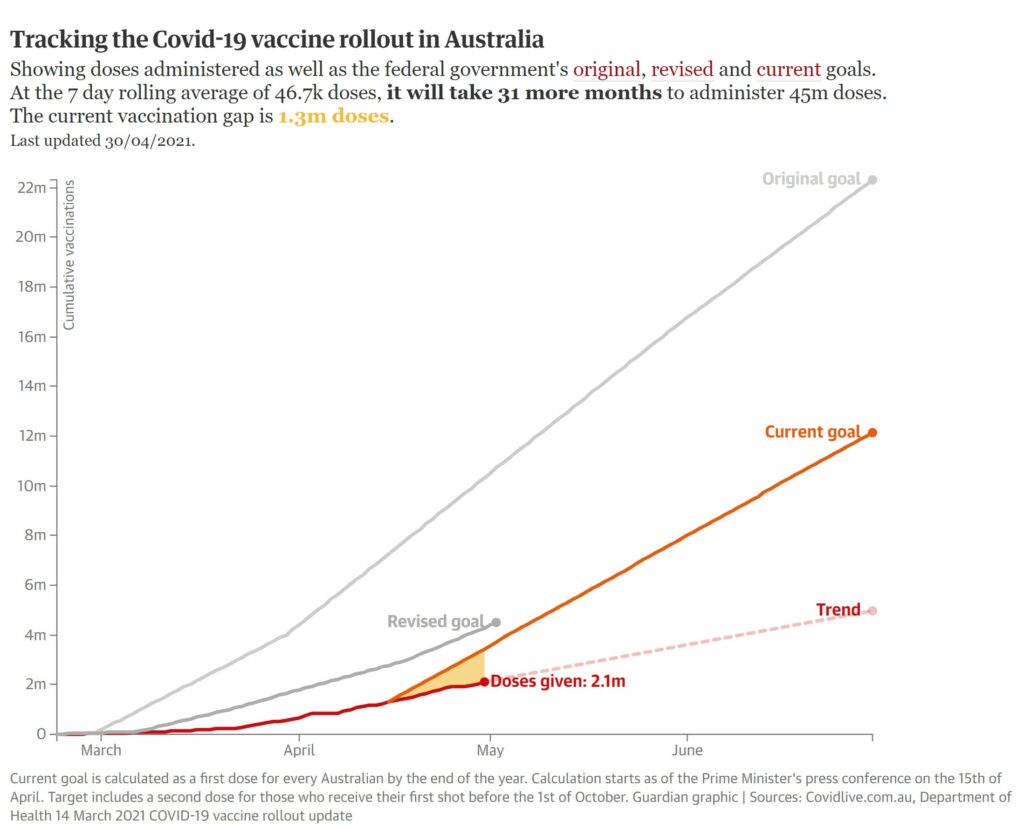 This loose, vague, “vibe of the thing” approach to tackling vaccine rollout is at least philosophically consistent with the Government’s approach to humanity’s other looming crisis. This week, once he worked out how to unmute his Zoom mic, Morrison told world leaders digitally gathered at Biden’s Climate Summit that Australia isn’t concerned with the question of “when” we start helping on the climate front. Our practical larrikin tradie souls are more focussed on the crucial matter of “how” – a question we also don’t have an answer to.

All this comes in the year-long wake of the Federal Government absolving itself from the day-to-day management of the pandemic – beyond rolling out money, keeping national borders closed, and consistently undermining Victoria’s successful but soul-crushing second lockdown. As State and Commonwealth leaders gathered to frantically hash out a plan in early 2020, Morrison made it clear he didn’t want to be responsible for quarantining incoming travellers; the nation’s recent short-sighted history of selling off dedicated quarantine facilities with better track records than CBD hotels staffed with casual labourers who return home into the community every night, a bit of a warning sign.

And though it might at first seem otherwise this week, in focusing on religion, Morrison has finally regained control of his uncharacteristically fiery, competent press. Talking about prosperity theology, even as disparagingly as I am, works for this Government because abstract notions like creeping theocracy move the polling needle far less than more concrete concerns like not being sexually assaulted, wank desking, and not being vaccinated. The disturbing wave of theocratic NewsCorp op-eds that spewed out in recent weeks point to this fact.

God, I’d just like to get vaccinated. Pfizer. Johnson & Johnson. That weird Russian super serum one, developed by bioweapons manufacturers, tested on a small military unit and then expanded to 400,000 soldiers in November 2020 by public order of Vladimir Putin. I just don’t care, jab me in the fucking eye, please. Whatever fastest ends this miserable period of human history. Whatever lets us get on with the reunions, the homecomings, the celebrations, and the mourning. Whatever fastest launches voyages in limbo; whatever kickstarts the existential race to claw back our lost time.

As global vaccine supply comes under continued strain, and billionaires like Bill Gates insist patent-free vaccine production is somehow bad for the world, big pharma needing its due rewards and all that, Australia finds itself taking its rightful place in the global pecking order: 91st, unvaccinated, and all apparently as the Lord intended.