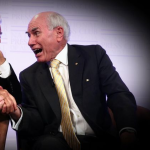 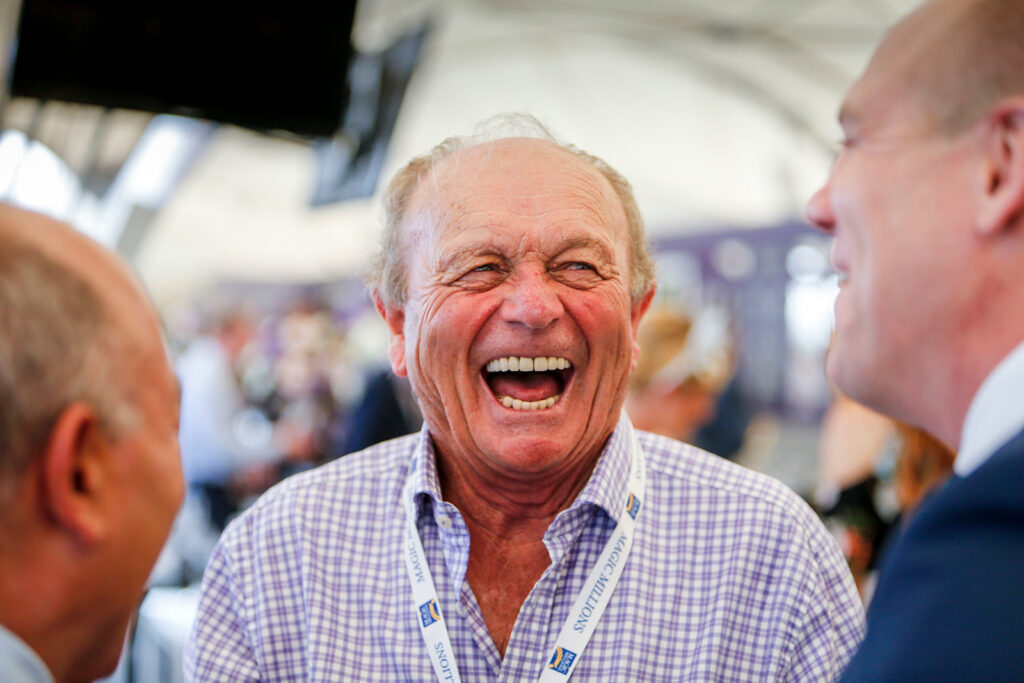 Watching someone navigate Australia’s welfare system is a lot like watching dashcam footage on YouTube. You know at some point someone’s life is about to be ruined, it’s just a matter of when.

I teed off on the issue back in March, when I’d just been told I wouldn’t be receiving JobSeeker until late May, thanks to the fact that my partner and I both had savings for a rainy day. Only once a large chunk of that security had been washed away would we be allowed access to government assistance.

So because I had savings – not income, savings – I wasn’t allowed any immediate assistance. With a family, rent and bills to pay, as well as my long-standing history of contributions to the government through full-time employment and mandatory taxation, I couldn’t count on any support from the government UNTIL I was broke. 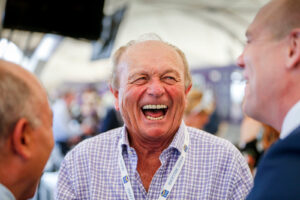 Compare that to Gerry Harvey, the decrepit anus of the Australian business sector, who as we all know by now was paid $22 million dollars in JobKeeper money DESPITE absolutely not needing it – and he didn’t even have to pay it back when his company turned a huge profit, key shareholders earned massive dividends and the man himself took home a $78 million reward.

ON THE UP AND UP

Then came the news that – huzzah – the JobSeeker allowance (among others) was going to go up by $50 a fortnight from April 1. This coincided with the end of the Coronavirus supplement, which removed $150 a fortnight from the same payment. That means while it might be good news for those who were already on welfare before the pandemic began, it was still (in relative terms) a bit of a slap in the face for the many who had been forced into the system by the pandemic.

It was debated fervently, celebrated by some in politics and the media as a great day for the welfare system, derided by others, particularly in the union movement, as not enough, even a ‘cruel joke’. Whether you read the press releases or listened to the interest groups, this was the key point of debate and discussion around post-pandemic welfare. Was it a good or a bad thing?

Given how much my partner earns – and I’m lucky she does – I was not receiving a hell of a lot from JobSeeker the first time I went on it with over a million others at the height of the pandemic. I knew it would drop even further this time around.

While everyone was praising/scolding the $50 increase, we were also informed that JobSeeker requirements would be upped to 15 applications a month. Fair enough. But here I was, doing it all for the $160 or so I’d be likely to see (my partner’s earnings mean I wouldn’t be eligible for the full amount). I’d found some freelance work in the interim, but things have become gradually unsustainable.

While I wasn’t exactly on tenterhooks for the $160 a fortnight that would start in mid-May, knowing that it was there helped to ease the stress and anxiety. It wouldn’t be enough to help with much of anything, but it would be a regular payment – something freelance life doesn’t guarantee you.

Unfortunately, that small comfort evaporated. Because while we were all so focused on the $50 increase and the increase on JobSeeker requirements, other decisions had been made that were left out of the abundant debate.

Given I applied months ago, I profess I could have paid more attention and sought out the regulatory documentation myself. But with SO MUCH discussion in the media over the upcoming changes at the end of the coronavirus supplement, the finer details were never discussed.

So you can imagine my shock when, after supplying the extensive paperwork during the application process and doing the right thing as I waited a few months for eligibility, I was told that I would now be getting NOTHING. Zero – despite the MyGov site telling me, every time I logged on, that I was eligible.

During the heady days of the coronavirus supplement, the taper rate – how much you and your partner’s earnings affected the amount of welfare you received – was significantly reduced from 60c for every dollar over the threshold down to 25c. This was increased to 27c late last year as the government sought to balance the number of Australians returning to work. There was also a boost in how much your partner could earn, with the threshold moved from an unreasonable $48,000 to $80,000. Huzzah.

But come April Fool’s Day 2021, instead of another incremental rise to ease the financial pains of people slowly returning to the workforce (and the number of JobKeeper recipients who were suddenly about to be ejected from it), the taper rate shot STRAIGHT back to 60c for every dollar over the again-decreased threshold. That’s the pre-pandemic rate, and over double what it was just a day before.

#BREAKING The Treasury Secretary says around 56,000 JobKeeper recipients lost their jobs after the scheme was cut by Josh Frydenberg and Scott Morrison #auspol

Now when the taper rate reduction and threshold increase were initially announced last year, there was an abundance of coverage, even if it was simple regurgitation of the same press release over and over. There was also plenty of comparison with pre-pandemic levels as an indicator of ‘good policy’. From my own personal experiences, I agree, it was helpful.

But once again, pre-pandemic levels mean little to the millions of us who only went on welfare BECAUSE of the pandemic. It’s a meaningless comparison that only helps to serve the notion of welfare recipients as fools who should be grateful for anything they’re getting, despite their struggles. But yes, leave poor Gerry Harvey alone.

Whether it was on Nine, the ABC, the AFR, Seven, News.com, SBS or anywhere else, all the coverage of the late-March/early-April changes to JobSeeker focuses on just two things:

There’s no mention of any changes to eligibility (just the word eligible, which I was to the best of my knowledge and given my past experiences), and no mention of changes to the taper rate or threshold. To find those you have to navigate the underbelly of the services Australia website or that of the Department of Treasury. You can search for them yourself just to see how tedious it is.

Only the Guardian had any mention of these devastating changes, mentioning that ‘other possible changes, including winding back more generous pandemic-era means testing and income thresholds that could accompany any increase to benefits had NOT YET BEEN FINALISED’. Only one media outlet with enough awareness to suggest that the worst was yet to come. And it’s not just partner pay that the thresholds and taper rates affect, either.

At least I got some clarity after being put on hold for half an hour before chatting to the most brutally condescending person I’ve ever spoken to in my life, who herself had to keep putting me on hold so she could find the relevant info – a worrying sign in itself.

Now I’m not stupid enough to expect sympathy for my plight. I can appreciate the fact that my own personal circumstances are still significantly better than many of those currently reliant on a system that doesn’t do enough for them, a quick search for ‘JobSeeker’ on Twitter tells me that.

But those people are out there, and they’re about to be joined by the tens of thousands of Australians who are and will be out of work following the end of JobKeeper (including the uncounted casual workers who will feel it the worst), not to mention the thousands of Melbournians thrown back into the chaos of uncertainty created by the latest lockdown.

And on Melbourne, the government promised last week emergency payments to some Victorians who have had their income significantly affected by the sudden lockdown they’re enduring again – but rest assured that payment is means tested to the shithouse. The government has also explained their hesitancy to assist, claiming a concern that they didn’t want to encourage states to go into lockdown and close borders when COVID cases emerge.

Because individuals on welfare (and state governments) can’t be trusted, but assholes like Gerry Harvey can, apparently.

I fear for vulnerable Australians. JobSeeker did what it was supposed to do and helped many of us avoid poverty and disastrous consequences, but the work isn’t done. It’s a new and constantly evolving situation now that requires empathy and flexibility, not a hard bounce back to where we were before the world changed. As well as the new nature of employment, Australia had come out of the pandemic, lockdowns and working from home-era with increased instances of family violence, mental health issues and substance abuse (so much so the UN declared it a ‘shadow pandemic’) – serious issues that could be made exponentially worse by the sudden removal of eligibility criteria and changes to (or the complete removal of) welfare payments and have far-reaching economic impacts that haven’t been anticipated or just aren’t cared about.

But it’s the kind of smoke and mirrors that this government has been able to employ beautifully in this unprecedented time, screwing Australians over and largely avoiding accountability while celebrating perceived successes that really aren’t.

Scott Morrison proudly boasts that his increase to welfare payments as a percentage of the minimum wage is the highest it’s been since Howard. Sure, the cost of living is exploding constantly and wage growth has largely stalled (and is actively being campaigned against by our good mate Gerry Harvey) but let’s celebrate matching a still-insufficient figure from over a decade ago. And while we’re all tripping on nostalgia let’s go to Anna-Nicole Smith’s funeral and watch Steve Jobs announce the iPhone. It’s not 2007 anymore.

It’s a statement that should draw derision and be picked apart far better than I just did, but instead it simply engenders nostalgia in Morrison’s ‘quiet Australians’ and the media they read en masse, full of explainers that don’t explain.

Thankfully, my journey down this road of jingoism and misdirection is nearly over, and I can go back to paying taxes that will likely go to Gerry Harvey and his mates the next time the shit hits the fan, while those who need it most but will be so bound by terms and conditions they were never informed of that they struggle to access enough support to keep them below the poverty line.