loading...
Opinion
An immodest proposal from the Publisher of The Shot
August 5, 2022 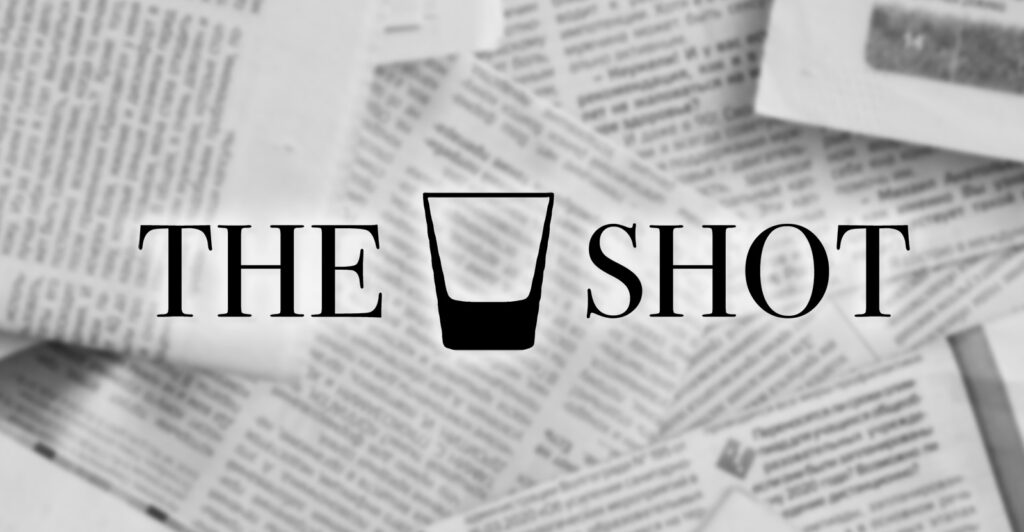 I’ve been wanting to tell you about the plans for The Shot for a while, but, like banning new fossil fuel projects, there never seems to be a right time for it.

The Shot came to life in a world where a virus was our enemy, and various politicians and Murdoch pundits were its willing accomplices. Life was simpler back in 2020 and 2021. The virus wanted to kill us, and Adam Creighton would write think-pieces for it in The Australian explaining why it was the virus’s right to kill us, unimpeded by government intervention.

The Shot’s role was to point out the other side of the argument: that just because the virus, and its Murdoch-funded allies wanted us dead, perhaps that wasn’t the best outcome, especially for people who liked being alive.

Thus the defeat of Murdoch at the last election posed an existential dilemma for The Shot. What is the point of The Shot in a world where Rupert doesn’t even decide who the Prime Minister is anymore?

But it wasn’t just Murdoch. Politics, while not perfect, has become so much better for our collective mental health in the past couple of months. The Shot no longer needs to exasperate alongside readers exasperated at the free reign given to male sexual predators in the halls of Parliament House.

The Shot no longer needs to be an end-of-week antidepressant, taken eagerly, alongside half a bottle of scotch, just to make it through the weekend.

So what do we do now?

For a while, we’ve been aware that plastering stickers across the streets of inner-city Melbourne that sew mistrust in Murdoch’s mastheads is probably not enough to bring down his entire global media empire. It’s done its bit, though. With over 110,000 anti-Murdoch stickers distributed so far, it’s got to have had some residual effect. The Herald Sun’s post-pandemic reputation is in tatters, its masthead only continues to exist because of an embarrassing familial pride. If the adults were in charge at News Corp, it would be shuttered immediately. It will not survive Rupert’s death.

The thing is, even if The Herald Sun shut down tomorrow, we’d still be left with a commercial news media that is overwhelmingly against the sustainable existence of life on earth.

Many Australians are forced to watch Seven at some point during the year because of the many sports it holds the broadcast rights to, including the AFL, Cricket, the Olympics and the Melbourne Cup. The multi-billion dollar investment in those rights pales in comparison to the amount that mining interests have saved in mining tax in the past decade.

Meanwhile, Nine is proudly independent, with the slogan of its newspapers being “Independent. Always.” The Chair of Nine Entertainment is former Liberal Party treasurer, Peter Costello, while the Nine Network’s politics editor is coal lobbyist Chris Uhlmann. In 2018, the Nine Network joined together with Fairfax newspapers, to create Nine Entertainment. Described at the time as a “merger of equals”, it was completely equal in that Fairfax got to keep everything except its name, management, independence and ethos. Independent! Always!

Here at The Shot, it strikes us that in Australia corporate-funded media is a hydra-headed beast. Even if you cut off The Herald Sun, another, equally awful institution will grow in its place.

So we’ve been discussing things, and the problem is that the next step for The Shot is a rather large idea. Embarrassingly ambitious.

So before I’d get to it, I’d like to acknowledge a few hard truths about our operations. The Shot (and its sister publication The Chaser) is very small. Our entire operations would comfortably fit inside one of Rupert Murdoch’s bathrooms. I’m quite sure our total staff would be fewer than the number of make-up artists that Sunrise has on its books.

That said, we punch well above our weight. The Chaser is consistently among the top five trending posts on Facebook in Australia. The readership on The Shot’s better pieces far exceed those in The Age or New Daily. We’ve done a lot with a little. But we are still little. And so are the rest of the non-fuckwitted free press in Australia. The Guardian, The Saturday Paper, Crikey, Michael West and The New Daily combined represent less than 3% of the readership of the commercial news media in Australia. Put another way, the percentage of commercial media that believe that human life should be sustainable on earth is a rounding error in Australia. The overwhelming majority are allied with the pro-death camp on climate change.

But here at The Shot, we want to do something a bit different. We want to start experimenting with a format that reaches beyond the comforting confines of high-brow opinion-making. We’re talking about something that starts making in-roads into the attention span of the tabloid press. We want to start taking readers away from news.com.au and dailymail.co.uk. Ideally in droves. Something unashamedly mass in its aim, and mass-market in its selection of stories, but one that weaves in a morality that is pro-humanity, rather than against it.

A tabloid news service that believes that the poor don’t deserve to be punished for their social circumstance, that the dispossessed deserve recognition, that the economy grows best when the rich get taxed properly, that climate crimes are real and should be punished, that an economy should be judged by how well it does for workers, not for cafe owners and banks, that cars have taken over our urban spaces and we need to take it back, that mental illness is a social disease and it can only be truly solved by fixing society, that our relationship with work should be that it serves our needs, not the other way around, that power in society should be multi-polar, and that institutions like the ABC, AEC and universities need to be funded in a way that give them true institutional autonomy, that landlords are a burden on the economy not a central component of it, and that most economists are, in fact, naive about how the world works, and are usually just the overpaid priests of vested interests.

But above all, none of this matters unless our ambitions on climate change grow, and that Australia starts playing its natural role in the world – a middle power that can lead multilateral change.

Of course, to be mass market these positions would be integrated into every story. Political change can only be achieved when it is accompanied by a coherent story. This publication would provide that story, embedded across the publication, just like the Herald Sun, the Daily Telegraph and the Daily Mail do every day. We need to supplant Murdoch and, indeed, most of the commercial news media, with a better, pro-humanity alternative.

The next election is three years away. By that time, Australia needs a wide-reaching, widely read, mainstream news outlet that means that next time the Greens and Labor and even the Libs are arguing over a climate target, they’re climbing over themselves to be the most ambitious. To achieve that, we all need to get ambitious. And that’s exactly what we’re going to do.