Opinion
If our socks are made in terrible prison camps, why shouldn’t our books be, too?
June 10, 2022 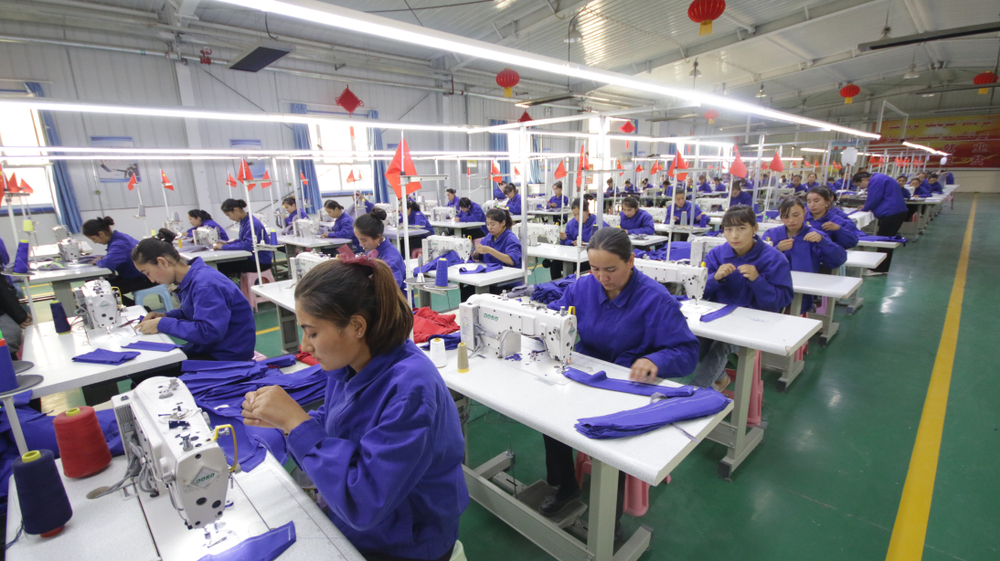 I was chatting to our printer the other day. Not literally a printer that sits on a desk. I was talking to the production manager at Spotpress, the very large web offset printing firm that prints our sister publication, The Chaser.

The Chaser is now in its third decade of printing stuff at Spotpress.

I was talking to this production manager, because we’re bringing back The Chaser newspaper for one final issue. (When we folded the newspaper back in 2004, we thought it was funny that the last issue was number 99. We’re now, 23 years after we began, finally going to make it to 100. You can buy a copy if you want).

Anyway, he was saying that printing 3,000 copies of The Chaser newspaper would take them about an hour from beginning to end, so they could slot it in whenever we wanted. When you print 400 different mastheads, mainly for ethnic communities and tiny regional towns, fitting in one more apparently isn’t a huge burden. He said that business was booming especially for regional newspapers. The big players like Murdoch have gradually exited the space, and in its place, independent mastheads were popping up all over the place. Green shoots of democracy and all that.

We then got chatting about books. We’ve been thinking of bringing out a Shot Anthology later this year. It would be a collection of some of our best writing over the past three years, and serve as a bit of a “remembering project”.

The Shot likes to do the opposite of whatever conventional wisdom dictates, and since everyone seems to want to quickly move on from the pandemic, and not learn anything at all from it, we think it’s probably a good idea to instead reflect on it a bit. We especially want to remember the part about how a certain segment of the “business community” and its conservative cheerleaders wanted to let many of us die during the first two years of the pandemic, lest saving lives anger their God, the Economy.

The printer suggested that we print The Shot Anthology with them. “Everyone prints their books nowadays in China. There’s only one specialist book printing firm left in Australia. There used to be two, but then Griffin Press got sold to the other one, so there’s now only one. You should print with us. We’re not really set up for it, but we can print books. There’s hardly anyone else left!”

I looked it up and Griffin Press still exists, but it’s now part of the Ovato group, a group which proudly charts its heritage back to Rupert Murdoch’s print empire of the 1970s. Hmm. Not exactly a brand fit for The Shot.

Still, printing in China also has its ethical problems, not least of which is that you can basically assume that at least some of the production costs are subsidised by the concentration camp labour of the Uighurs. Most manufacturing supply chains mix in inputs from Xinjiang province nowadays to prevent Western firms from being able to claim that their stuff made in China doesn’t include Uighur labour in its manufacturing.

If only, I thought to myself, Australia ran its prison camps with the same efficiency as China, then perhaps we’d have cheaper printing options right here at home. Unfortunately, our prison camps are a cost centre. Between 2015 and 2019, Australia spent $9.6 billion on locking up asylum seekers. It cost $3.4 million per asylum seeker to run the offshore detention system. Our profligacy on cruelty means Australia is never going to be cost-competitive with China.

The production guy kept going, urging me to book the job with him, while also lamenting the dire state of the book printing industry in Australia.

“The reason nobody prints in Australia is that domestic postage is so expensive, it’s now cheaper to dispatch books out of Singapore, rather than send them through Australia Post. The big publishers all get warehouses in Singapore and ship from there. Saves a bundle.”

As a production manager, he is wonderful. As a salesperson, not so much.

Now an ethical person might have immediately grabbed a quote from him in order to support one of the very few remaining independent printers in Australia, one that is actively expanding democracy in regional towns across the country, but capitalist curiosity got the better of me, and this morning I found myself browsing the wholesalers arm of Alibaba, searching for quotes about how much it would cost to print a book that has its production costs subsidised by the concentration camp labour of the Uighurs.

Within minutes, I started receiving quotes from Guongzhou-based printing firms, and I can confirm that printing in China is a metric fuck-ton cheaper than printing in Australia, even taking into account shipping. It’s not even in the same ballpark. At least half price. More like one-third the price.

I became very tempted to just go with the flow on this issue, and just book a Chinese printing firm. After all, we all are tainted by the exigencies of global supply chains. I’ll bet your socks that your socks were made using large amounts of human exploitation and therefore immiseration in some terrible factory in a country with terrible working conditions.

We all wear terrible socks, therefore what difference does it make if the book that we’re publishing against the murdersome tendencies of the business community happens to be made with a small dose of murdersome exploitation?

Unfortunately, that whole “will I be able to sleep at night” thing started to get at me. I mean, historically, it’s a good idea to be on the side that’s against concentration camps (even if, in the short term, it can be highly profitable).

If you think about it too hard, you start to wonder whether it’s wise to leave something like book publishing largely in the hands of an authoritarian regime. Is it wise to leave such a democratic pursuit in the hands of the whim of a hostile, anti-democratic monolith? It would be a bit like giving away all our gas to foreign markets, leaving none for people, and bankrupting businesses who rely on it. Oh wait…

So, I’m pleased to announce that the Shot Anthology at the end of the year, will be published right here in Australia, and as a consequence it may cost up to $1.50 more than if we’d printed it in China. But I will admit that the “business community” side of me is still in two minds about whether supporting democracy and eschewing cruelty is worth that much.