Opinion
If you think this week is bad – imagine if we hadn’t locked down
July 1, 2021 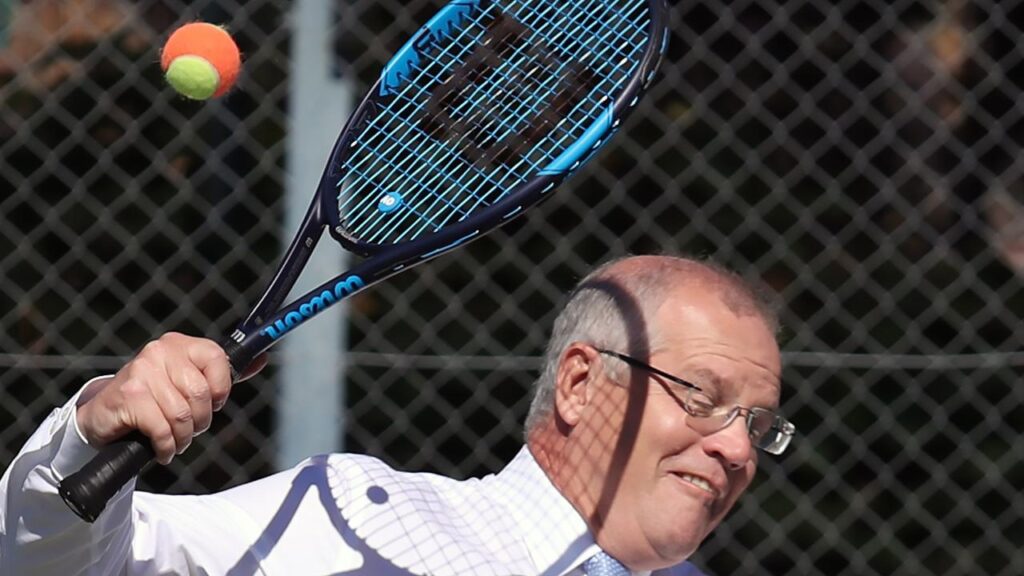 Over the last week and a bit, as I’ve sat bored out of my mind in lockdown, waiting for the Covid tests to kindly inform me that my housemates’ cold isn’t going to kill us all, one thought has been playing over and over in my head. What kind of clusterfuck would Australia be in right now if we hadn’t locked down.

Because for a time there in March 2020, not locking down and just rawdogging Covid was definitely an option on the table, and if rumours are to be believed, the preferred option for more than a few people in power.

Now we weren’t like America, with the exception of certain UN experts at Bunnings. By and large Aussies didn’t kick the can, we didn’t descend into conspiracy theories, we didn’t storm any government buildings in the name of a bleach drinking TV host. Our media, outside the usual fringe fruit loops like Bolt, didn’t campaign against lockdowns, and even chronic contrarian Alan Jones was one of the first to scurry away to his private rural bunker at the first sight of trouble.

Instead of protests or punch-ons, for the months after March 2020 we all bunkered down, busted out the TikTok, Netflix and Twitter, and did what Aussies do best, we shitposted our way through a crisis. We were so united in our intent to save our grandparents that politicians cowered in our wake, with the vast majority of states locking down not because it was seen as the right thing to do, but because many were forced to concede that pushing back against the public which had already begun to quarantine itself would be a surefire way to get the shit kicked out of them on election day. And so as one we locked down and showed the world the virus could be beaten.

This is all the more remarkable still when you consider the fact that unlike most other countries, Australia was only just escaping months of bushfires, where leaving our homes or opening our windows meant subjecting one’s lungs to air so toxic it could have been offered a column in the Daily Telegraph. And despite a stunning display of ineptitude from the federal and state governments, from attempts to exterminate koalas, to Hawaiian holidays, to flat out science denial, despite all this Australians still dutifully tuned in every day to endless press conferences, noting down just how many people are allowed at a barre class or a fitness-bootcamp-wedding that day.

We didn’t snipe (much), we didn’t undermine the government’s sudoku-style messaging, and as much as the populace despised the Hawaiian Houdini, we pretty much left him and his mates to do their job in peace.

Cut to a year a half later though, and it’s starting to look like that respect only went one way.

After countless lockdowns, thousands upon thousands of jobs lost largely without complaint (or motion from the press), after the nation pulled together time and time again to help play whack-a-mole with the virus while we patiently waited for the vaccine, warmed by the glowing embers of America burning faintly in the distance, all that time we did so on the assumption we were giving our illustrious leaders an opportunity to get the cavalry into place, that they would be frantically doing everything in their power to secure and improve quarantine, that they’d be finding ways to spin up vaccines that will cover the nation no matter what strains or variants may emerge, and working on campaigns to ensure every Australian is both willing and able to register for the jab, the moment it’s available.

Instead we have a government front bench so intent on burying their heads in the sand that they’d be better named ‘the Bondi cluster’. In a week where any half decent leader would have been single mindedly focused on the scary fucking Delta variant ripping Bondi a new one, instead we saw a government so hollow at its core that not one but three people vacated the Prime Minister’s chair within a week.

While the PM should have been booking vaccines, Morrison was instead in his element booking flights to England, intent on inserting himself into a G7 summit he wasn’t even a part of, in order to attend a photo-op he never got, as part of a trade deal on reducing emissions he didn’t even end up agreeing to, and that’s not even mentioning that casual trip to a British pub that could easily have seen the PM intubated for paying roulette with a pot pie.

Back home, meanwhile, as Covid spread faster than an STD through a backpacker lodge, our illustrious acting PM was so sure that our unvaccinated country had the situation under control that he moved on to more important things, like shipping mice to inner city homes, casually bringing up that B-plot plague we’re also failing to get a handle on.

Despite these gallant efforts by McCormack to ignore the virus to death, by the next day the Covid situation was somehow even more dire, so naturally the only solution was to have a fucking leadership spill. To be fair, we were overdue. According to anyone with half a brain, the spill was largely an attempt by the Nationals to undermine the climate goal, helpfully rendering redundant the whole reason Morrison visited the G7 in the first place.

Now I don’t want to go telling people how to do their job, but if I were being paid $200,000 to sit in a big room that is in charge of a nation facing imminent lockdown from a killer virus, my priority might not be jerking off the coal lobby.

But jerk off they did, because for the next 24 hours the Coalition carelessly went about their lives so oblivious to the impending threat of Covid that within a day they had become a super spreader event.

I don’t think you could really paint a better picture of government incompetence than a newly minted acting Prime Minister best known for bonking a staffer on his desk, having to rush out of Parliament, all because in a country where there were 30 known cases of a virus, he may have somehow ended up infected by going to a party in a hotspot. The only stupider thing I could think of is if that same dumbass were to then be fined $200 mere days later for not following Covid restrictions. But thank god we don’t live in that timeline.

But putting aside the return of The ‘Rooter, who we all know is a two timing idiot, we must remember that there is a whole raft of even bigger idiots running the government that have fucked up so much worse.

After a year of sacrifices and patience by the community, we are only learning now that frontline health workers, aged care workers, and even quarantine workers and their families are still not getting vaccinated. States are running out of vaccine supplies as the feds fail to keep up. Non-citizen travellers are still arriving en masse. Airport drivers are commuting new arrivals without masks. The federal government STILL hasn’t taken the lead on quarantines, as time and time again Covid manages to break free in hotels that were never designed as isolation chambers for a virus with a death toll in the millions.

And stranger still for a country headed by a guy known as ‘Scotty From Marketing’ seemingly the entire campaign for vaccine registrations is that secret link your mate’s mate who works in the health department happened to share, but don’t tell anyone except seven of your closest friends. Oh and it also runs on an honours system.

Improvements to our way of dealing with the virus seem to come only when fuckups happen, no matter how obvious the holes are and how many experts and workers complain about these glaring problems. The governments, both state and federal, seem to drag their feet at every turn, responding to an agile enemy like an annoyed teenager that would rather just go back to bed.

From behind the scenes, there is little surprise. Whispers from airports and hotel quarantine tell tales of lax procedures with little government oversight, areas where staff can all name problems that will at some point inevitably end up costing lives, but which simply fail to be addressed because nobody up high is asking the question “how could we do better”. Because why would you need to when the Prime Minister gave you a gold star.

Delta was no surprise. India has lived through it. Britain has lived through it. Both of them have stated very plainly that this variant is the worst upgrade they’ve seen since Windows Vista. The “it’s only a matter of time” drum has been beating for months. An even worse variant, Detla+ is out there lurking too, presumably bundled with another fucking streaming service judging by the name. And yet here we are, fourteen months into a pandemic with no vaccines, a virus on the loose, and a federal government more intent on leadership spills and trips to the pub than facing up to a battle everyone wants them to win.

If this is the best government we can elect in this country, then may Earth’s prime creator cease and desist us all.

Morrison has given up

Getting out of lockdown (for the fifth time) isn’t the same without you, Sydney

How do you eat an elephant? One bite at a time. We need to do the same thing with climate change

Channel 7 is a race-baiting horror factory

Alan Jones seems to want us to die of Covid. I want him to die of anything
Help us bring you the good news
Our writers can't be paid in exposure, but they sure can die from it. So if you like the stories on The Shot and would like to become a supporter, we'd welcome the money. Just $1 a month is enough for us to keep publishing stories.
Support The Shot
Already a supporter? Click here to never see this again!
Do NOT follow this link or you will be banned from the site!