Politics
Trump was a billionaire celebrity President, and then the fucking idiot got greedy
January 9, 2021

Fame. Fortune. Power. Likely at no point in history has one man had so much of all three at the same time.

In the never ending tornado of PR clownery that surrounds Donald Trump, it was easy to forget that behind that daily circus was perhaps the most fortunate man to ever walk this earth. He was brash, he was stupid, and beyond a panache for hyperbole with a side of mobster grift, he wasn’t particularly talented at anything. And yet this fat, balding, ugly, unlikeable bully of a human being found himself dining with the Queen of England, partying with the Kardashians, and spending his nights alternating between beds at the White House and his own private palace, all the while casually tweeting out to his millions of adoring fans while in charge of the world’s largest economy and military.

A man with almost no sense for business, and more bankrupcies than IQ points, he nonetheless was an on paper billionaire, thanks to fortune having handed him a TV show in his greatest time of financial need, bringing him international fame, millions in merchandising dollars, and access to the elite worlds of both American business and entertainment, where he rubbed shoulders with billionaires, world leaders and movie stars on a daily basis calling many of them personal friends.

Early in life, despite little academic talent and a tendency to slack off in class, Trump found his way into what he describes as a very good, very elite university, entirely off the back of a “donation” by his wealthy father – the same father that would kick start Donald’s business career with millions of debt free dolars which Donald would use to build his famed New York tower, quite literally putting his name on the map in the process. The same father would later come to Donald’s rescue when, against all odds, Donald managed to bankrupt a casino, his father’s money being flown in to help pay off debts and obligations that should have consigned Donald to the annals of failed businessmen forever.

And yet, time and time again throughout Donald’s life, despite botched hair transplants and allegations of spousal abuse, failed company after failed company, family turmoil, and growing political infamy in the days of his crazed racist birther movement, Trump had always managed to fail upwards. A man with seemingly no redeeming features turned it all around, as he found himself a supermodel wife, a second fortune, and eventually despite all odds, he fumbled his way into being elected the most powerful man on earth.

Nobody could say they have been more lucky in life than Donald J Trump. And yet somehow, despite the love of 70 million Americans, despite having controlled all three houses of government while simultaneously running a billion dollar business empire, despite being talent scouted by the world’s biggest news media empire to host a highly paid TV show in the run up to his second Presidential bid, despite an adoring family, perhaps the largest social media presence in the world, owning many sprawling estates across two continents, seeming political immunity from repercussions, literal immunity from the coronavirus, and having very good odds at winning his Presidency back at the next election – despite all this Donald felt it wasn’t enough, and in just two short weeks, he chose to burn it all to the ground in the hope of having one last thing – a dictatorship over a country which he has, ironically, shown no interest in governing.

Once he seemed untouchable. His many failings in office seemed to simply draw followers to him more. In the middle of a pandemic, despite choosing to pick fights with teenagers on TikTok instead of managing the crisis, his followers supported him. Despite suggesting injecting bleach or light might be a way to address the virus on national TV, his followers defended him. Despite turning up the the first debate infected with the virus, ridiculing his opponent for wearing a mask, and despite still choosing to campaign to thousands night after night, spreading the disease around the country, despite joblessness skyrocketing, his administration in chaos, and four years of seemingly nonstop blunders from the day he announced the Muslim ban, to the day he faked a weather map with a sharpie, to the day he brought the country to the brink of war with Iran, to the countless millions spent chauffeuring him to the golf course, despite all this and much more, Trump still won almost half the vote.

But now the man once known as Teflon Don is a pariah in the Republican party, ties cut and set adrift. He has lost the Presidency (possibly early), the House, and now even the Senate thanks to his crazed campaign to overturn the election. He has burned his ties with Fox and the Murdochs’ sprawling empire. He has squandered his massive political capital, and if impeached may never be able to run for office again.

The man who refused to release his tax returns now faces multiple questions over unpaid taxes, and mounting debts from loans which will soon be due. Without a Presidential pension and with his brand name mud, he may very well face business ruin, and possibly even jail time for his actions inside and out of office, something he seemed almost certainly shielded of only a few weeks ago as the presumptive Republican nominee in 2024. A self-delivered Presidential pardon is no longer guaranteed, and is much less likely to stand up in court in the wake of his recent coup on Congress.

Having cheated on his wife, Trump’s marriage is surely on thin ice. Having lost his social media and soon his political office his days as a B-list celebrity are almost certainly over. He leaves office with the stain of 369,000 American lives and counting having been lost, his once closest allies set adrift or imprisoned, his children’s reputation tarnished forever, and now thanks to a brazen attempt at rigging votes and a failed attack on Congress, his legacy as President is now mud as well.

What’s more his most ardent followers who stormed the capital now face a decade or more in prison under laws Trump himself introduced, and his once loyal political allies have watched their hallowed safe space Parler vanish off the face of the technosphere for his attempts to rile up civil war.

What a fucking idiot.

Why does The Australian despise Melburnians so much?

The Shot’s 2020 Awards: The Clusterfuckys 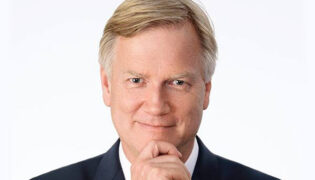 Melbourne liberated itself from two viruses this year
Help us bring you the good news
Our writers can't be paid in exposure, but they sure can die from it. So if you like the stories on The Shot and would like to become a supporter, we'd welcome the money. Just $1 a month is enough for us to keep publishing stories.
Support The Shot
Already a supporter? Click here to never see this again!
Do NOT follow this link or you will be banned from the site!