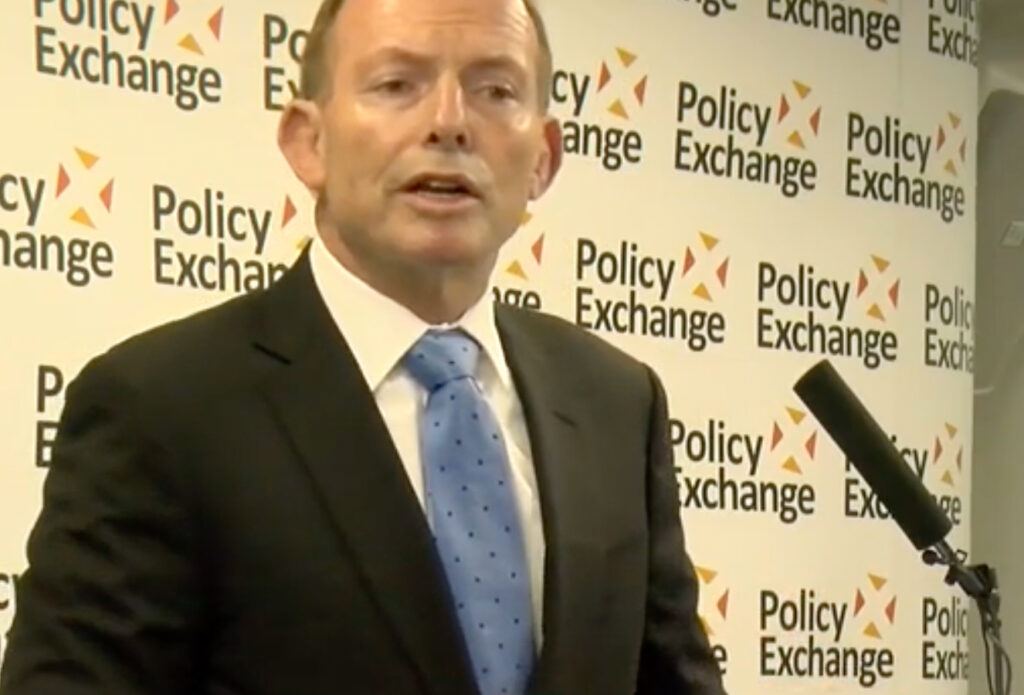 Tony Abbott called for the end on lockdowns and travel bans, saying that the virus is overwhelmingly only fatal for the old and sick.

Speaking at the Policy Exchange think tank in London, the former Prime Minister said there was a conspiracy in the media to make it seem like it affected everyone.

He said the occasional death of a young person was hyped in the media “to show that deadly threat isn’t confined to the very old or the already-very-sick or those exposed to massive viral loads.”

Mr Abbott then started drifting into using the language of QAnon, a far-right conspiracy group, calling the lockdown in Victoria a “health dictatorship”.

Later he was asked by a Scottish MP about his use of the term, but Mr Abbott denied being aware of QAnon.

Mr Abbott called for the dismantling of most of the policies, such as travel restrictions, that have kept death rates comparatively low in Australia.

“Now that each one of us has had six months to consider this pandemic and to make our own judgments about it, surely it’s time to relax the rules, so that individuals can take more personal responsibility and make more of their own decisions about the risks they’re prepared to run,” he said in his long speech.

Of course, the whole notion of personal responsibility is a complete red-herring when it comes to transmission of disease.

The decisions people make in a pandemic don’t exist in a bubble. The measures introduced by Australian governments are not about ensuring people take personally responsible decisions, but making sure that people behave with responsibility towards the rest of society. You know, like parents and grandparents.

This is because if you get the virus, the risk of you personally dying is quite low. But the probability that you’ll infect others that will ultimately lead to someone else dying, is staggeringly large. That’s how geometric progressions of transmission work.

During Abbott’s rise to power he showed that constantly taking a contrarian position can be a devastatingly effective tactic in opposition. Mr Abbott has decided to be opposition leader to the old and the frail.