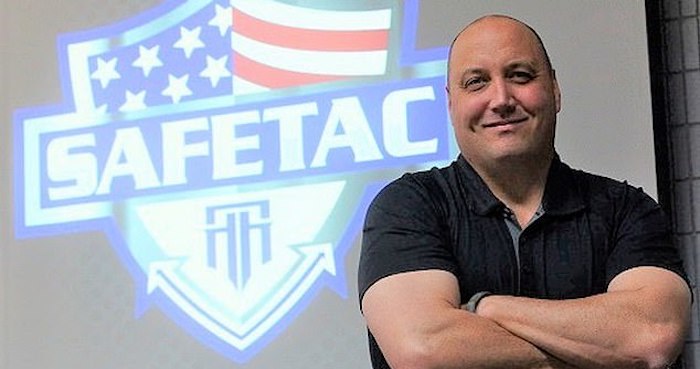 As the Black Lives Matter movement continues to gather momentum around the globe, a white Police Major from Oklahoma believes cops in his state aren’t shooting enough black people.

Protests have already led to Minneapolis pledging to dismantle its police department, but Tulsa Police Department Major Travis Yates has decided to ignore the growing public sentiment on this one.

Speaking on a local podcast, Yates denied that police have any bias against black people, calling the high rates of “blacks” shot by police nothing more than a “meme”.

If anything, he reckons cops in America need to step up their game and start shooting more black people, because they are “committing more crimes, more violent crimes, and law enforcement’s having to come into more contact with them.”

Yeeeesh. Talk about not reading the room.

“All of the research says we’re shooting African-Americans about 24% less than we probably ought to be, based on the crimes being committed,” said Yates, citing nothing at all to back up that stat.

The Major also gave his two cents on the protests, sparked by the death of George Floyd at the hands of police. He suggested that there was no real need for protesting, because the officer was prosecuted and fired, so “justice has been done.”

He wasn’t finished there, deciding then to deny that systematic police brutality is even a problem in the US.

There have already been calls for Yates to lose his job over the comments, but with views like these, there’ll probably be a spot on Trump’s staff for the bloke if he wants it.