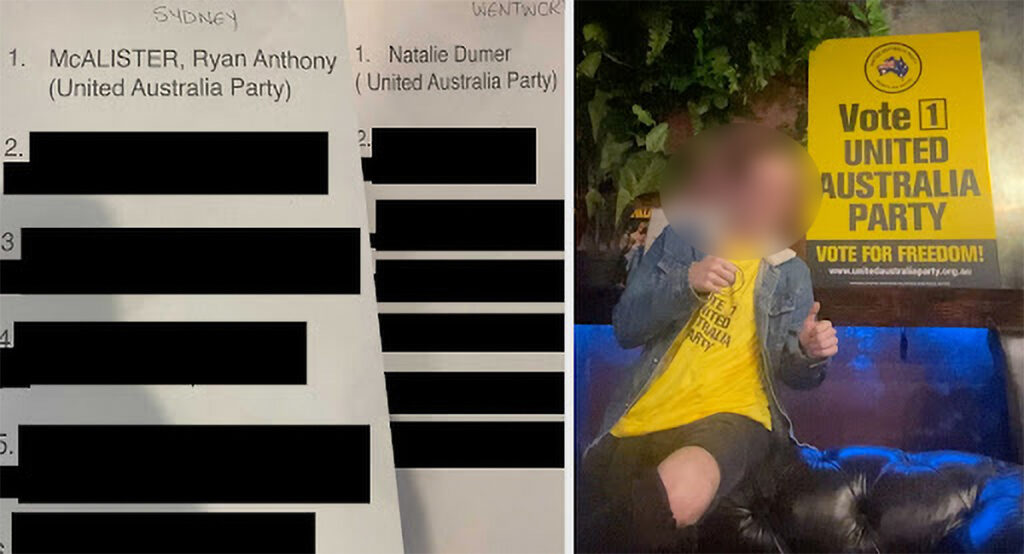 Thanks to a tipoff by a team working on a prank for The Chaser, The Shot can today exclusively reveal  the United Australia Party’s unreleased vote preferencing guides for two federal seats.

The preference sheets were reportedly freely handed over during discussions with candidate for Wentworth Dr Natalie Dumer and NSW Senate candidate Johnny Yap.

During their discussion with Dumer, the topic of voting preferences came up which led to the candidate not only suggesting that they take photos of the preference lists but also explaining the thinking behind the current plan for the rankings. 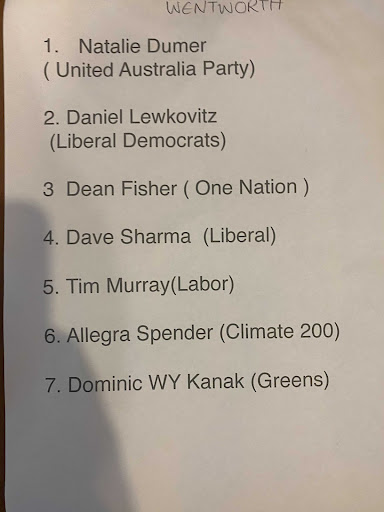 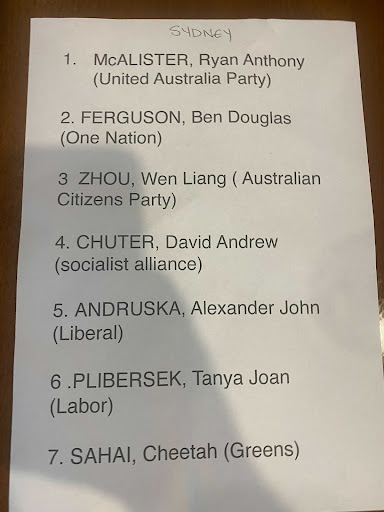 During a speech to the gathered crowd, a party official said that “Headquarters” may change these cards but that the party would suggest “Greens last, One Nation as second, and all the other losers in between.” During further conversations with different party officials, it was made clear suggestions for the Sydney electorate are likely similar to what can be expected nationwide.

Dumer reportedly told sources that Craig Kelly is “alright with Pauline”, in justifying why One Nation will be preferenced either 2nd or 3rd across the voting cards. Dumer was also heard expressing her own opinion of Hanson – stating “Pauline’s alright. She’s a little bit, you know, unhinged at times.”

Dumer then went on to explain that the One Nation candidate in her electorate currently sits third as she has yet to “do her own research” on him.

Dumer went on to say she is unsure if there is a potential change regarding the card for Wentworth as there hadn’t been confirmation whether Voices Of candidates will rank below Labor, and whether Liberal MP Dave Sharma will be put lower than Labor’s Tim Murray. She stressed that neither of the three can be trusted.

At points throughout the night, Dumer also told her supporters that Ivermectin is an effective treatment for Covid she has personally used. To back this up she cited her experience in the medical field despite being a dentist and not an immunologist.

The night also illuminated potential divisions within the “United Australia Party”. Both candidates called Craig Kelly and Clive Palmer “nice guys” but expressed frustrations that the party leaders say things impulsively, then putting it on other people’s shoulders to try realise those promises – such as Palmer’s suggestion people put multiple parties last, something not possible in the Australian voting system.

Yap, the Senate candidate, thought the UAP’s policy regarding Australian manufacturing and reducing imports from China conflicted with their campaign materials being made in China, saying party bosses had “a conflict of interest there”.

Yap also spoke at length about his distrust of vaccine mandates, confirming he is also not vaccinated.