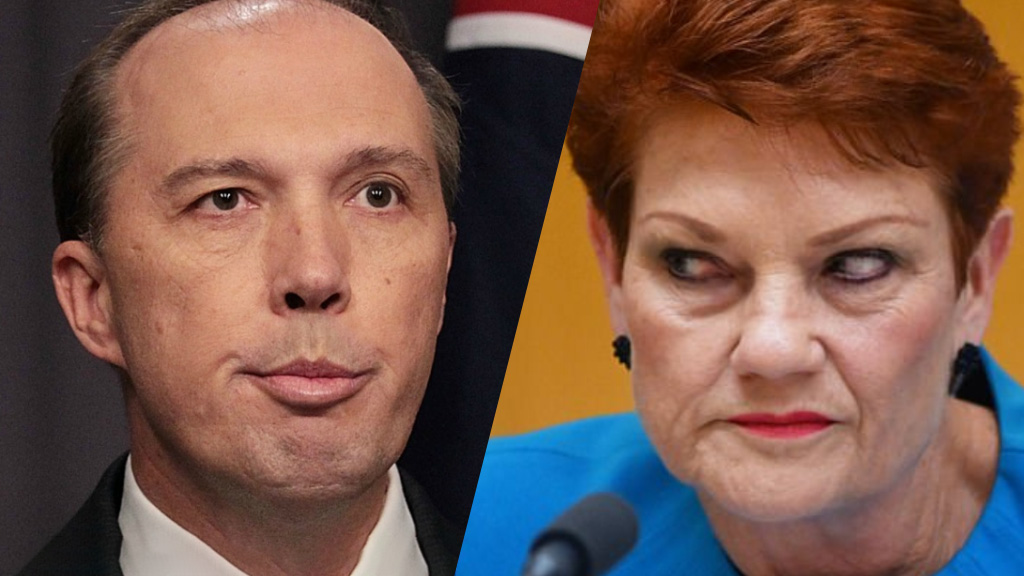 It would be fair to say that federal Home Affairs minister Peter ‘The Monster Mash’ Dutton is not a huge fan of open borders at the best of times. Fortunately its 2020 and the best of times are nowhere to be seen, so we have been treated to a truly unique spectacle this week in seeing Australia’s two largest anti-migration politicians absolutely losing it over the Queensland border being closed.

We’re sure this has absolutely nothing to do with the fact that this is the first time a closed border has affected either of these two people personally, though it’s hard to see how travel at this time could be justified from a medical perspective.

In Dutton’s defence, he may not support the idea of re-opening the borders at all, and it could just be another case of Dutton getting himself all worked up and accidentally parrot the opinion of a white supremacist, as his old boss Malcolm Turnbull said he often does in a recent TV interview.

“I often attributed Dutton’s sometimes offensive remarks to verbal clumsiness and awkwardness,” Turnbull told SBS last month, “or as he often used to do, he would get on programs with shock jocks like Jones or Hadley or Bolt and they would sort of lead him into agreeing with them.”

The good news is that Peter Dutton has declared the border closures unconstitutional, and has encouraged people to try test getting around Queensland’s closed borders. So if anyone knows where we could hire 100 boats that could make it to, lets say Nauru and back, please let us know at [email protected]