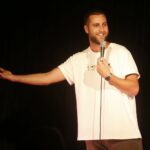 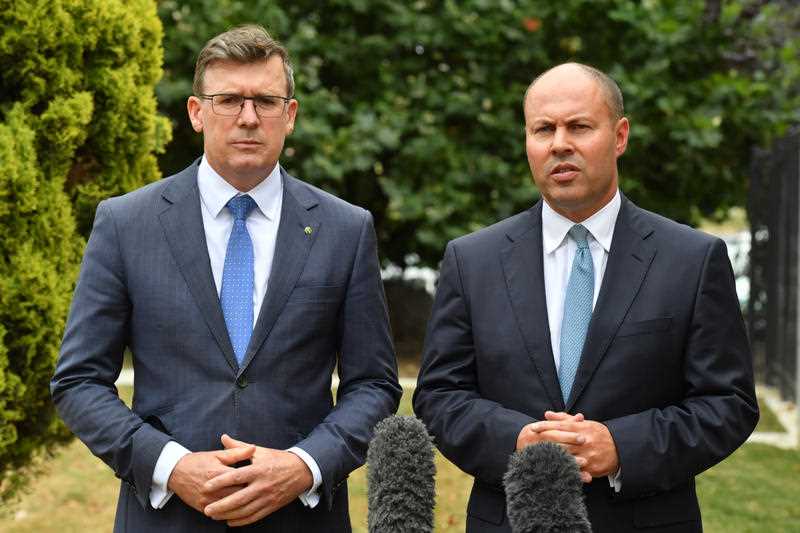 Earlier this year Education Minister Alan Tudge gave a speech about the country’s education system. With a straight face, Tudge argued that schools should receive less funding and that teachers should just be better at their jobs. Tudge’s speech was callous, illogical, and indicative of his utter contempt for ordinary people.

The Minister began with a mention of the hundreds of women who have recently come forward with stories of being sexually assaulted during high school. Presumably, a staffer had searched Google news for ‘school’ and ‘government’ to prepare relatable content. He gave a brief spruik of the government’s upcoming Respect Matters PR campaign, successfully avoiding mentioning milkshakes, before moving into the guts of his speech.

This centred on the government’s concern with rankings, specifically that the performance of Australian school students on a global scale is slipping. This decline, he said, can’t be attributed to a lack of funding, because “the quality of the teaching, the rigour of the curriculum and the discipline in the classroom are what matter most”. Apparently, we should be giving schools less money and yet expect an overall improvement in teaching practices.

As the words left Tudge’s smug, privileged mouth, thousands of teachers across the country were working hard to give their students the best scholastic experience possible in the face of mounting challenges.

Fiona works at an outer suburban public school in Melbourne. At the same time that Tudge was giving his speech, she was halfway through a relatively run-of-the-mill day at work.

The morning kicked off in a typical fashion. The SmartBoard in room 203 shat itself when she tried to turn it on. This was a common occurrence, but Fiona was still pissed. The absence of a working SmartBoard meant that the lesson she’d spent two hours planning the night before was completely fucked.

When she called the front office to request the assistance of IT whiz/maintenance guy/jack of all trades, Trevor, they said he was busy all morning. “Fuck you, Trevor”, she thought, even though she knew how busy he was, trying to fix all that was broken. In fact, she couldn’t recall a single time she’d ever seen him sitting down.

In his speech, Tudge boasted that “many of our schools are brand new, with facilities that older generations would look at with envy,” as if shiny new things cancel out the myriad shortcomings of existing public institutions. For most private schools, it’s a different story.

Take, for example, the Minister’s own alma mater, Haileybury College, which, according to a 2019 ABC investigation, was one of four private schools to spend over $400 million on new facilities between 2013 and 2017. With an annual income of around $98 million from a mix of tuition, donations and government funds, Haileybury recently built a brand new campus in the Melbourne CBD, complete with an indoor athletics track, rooftop terraces and dedicated floors for drama, visual art and music.

Meanwhile, the same ABC investigation reported that the walls at Sheidow Park Primary School in South Australia haven’t been painted in 15 years and the carpet in every classroom is torn. “We have a plan to carpet two or three classrooms a year”, said the principal. “So the ones with the biggest holes in them or the biggest rips get replaced first.”

These two schools receive similar amounts of government funding. In fact, funding for private schools is growing at twice the rate as that for public schools, and if this trajectory continues, sometime in the near future, Haileybury will be receiving more government funding than Sheidow Park. What the actual fuck?

Two students in her year 9 humanities class have learning difficulties. Levi struggles with decoding language and non-verbal cues, while Hannah has dyslexia. Ideally, Fiona would be joined for this lesson by a teacher’s aide, who would help scaffold Levi and Hannah’s learning so that Fiona could pay adequate attention to all students. Instead, she ends every year 9 humanities class feeling like a teaspoon of avocado spread over a footlong sub. “Fuck you, footlong subs”, she thought, knowing that once again, her anger was misplaced.

The eligibility criteria for funding for children with additional needs in public schools has become increasingly difficult to meet, leaving many children with limited support and teachers struggling to cope. The 2013 OECD Education at a Glance Report found that “Australian teachers have bigger classes and more teaching hours than the OECD average and our school resourcing is less equitable than other nations.” This manifests as “teacher fatigue”, compounded by hours spent writing funding applications on top of lesson-planning and other duties. According to the Australian Education Union, most public school teachers spend most of their Sundays planning lessons and a 2021 survey by the union found that “over 10,000 teachers detailed having unmanageable workloads.”

During her lunch break, Fiona met with the school principal to request a bicultural support staff member to work with three Somali students. All three are enthusiastic learners but Fiona feels they would thrive with help from someone who speaks their language and understands their unique cultural needs. The principal wearily explains that the school has requested funding for cultural support positions on numerous occasions without success. “It’s because we don’t have as many kids,” said the principal. “Our needs aren’t considered as dire as others.” “Fuck you,” thought Fiona, though not about the principal.

Like funding for kids with learning difficulties, applying for funding for cultural support positions is a laborious process with a whole different set of hoops. This means that many First Nations children and kids from non-English speaking backgrounds attend schools where not a single staff member speaks their first language or understands their cultural practices or specific experiences.

When Fiona got home that night she collapsed onto the couch and switched on the news. Big mistake. Huge. There on the screen was Alan Tudge, a man whose literal job is to ensure all Australian children receive a quality education, declaring that public schools don’t need more funding.

“Fuck you,” said Fiona out loud, her anger finally directed at exactly the right person.

*Fiona is based on the writer’s experience working alongside overworked and underpaid teachers in a public school.