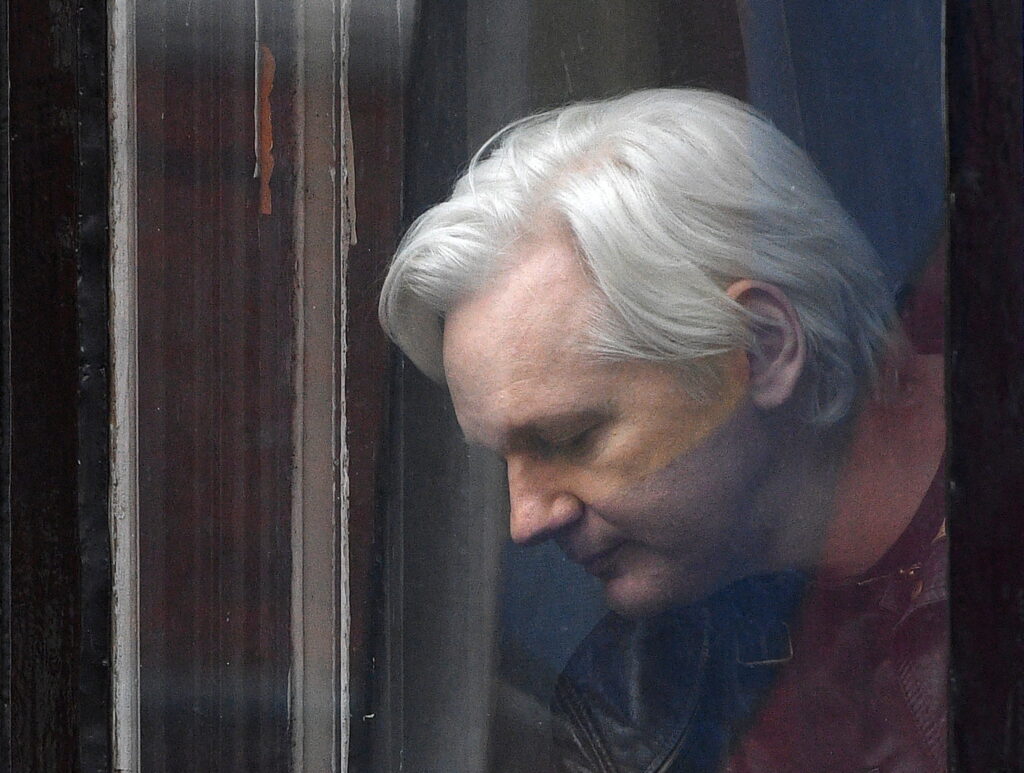 The British home secretary, Priti Patel has signed off on the extradition of Julian Assange, setting in motion the first application of the United States Espionage Act on a publisher. This effectively makes journalism and its publication a crime and creates a pathway for the United States to circumvent sovereign rights, to pursue journalists around the world and prosecute them at home. This decision has all but condemned an Australian citizen to a legal saga in the United States that could conclude with a preposterous 175 years of jail time.

Assange has been held in limbo by a British Government that is busy drowning in its own fluids. After a failed post-Brexit operation, its shock-of-hair Prime Minister heaves his country into an era of uncertainty, and under the mess of chaos, Priti Patel sends Assange towards oblivion across the Atlantic, a purely political decision.

And Australia, Assange’s home, the land of mateship and the fair go, the country that never leaves our diggers behind – after years of inaction, our silence echoes loudest of all.

While Julian Assange faded in Belmarsh prison in late 2019, eight years after being isolated from society over 100 doctors wrote an open letter in ‘The Lancet’ pleading to the UK Home Secretary to end the torture and medical neglect of the VIP prisoner, expressing “serious concerns about the physical and mental health of Julian Assange”. The responses to several letters from the UK Government were unsatisfactory and the reply from the newly minted Morrison Government did not come at all.

If you want to understand why his extradition has been approved, start by watching this.pic.twitter.com/EKAC6WRmmS

Assange revealed the extent of “endless war”, and its role in the distribution of wealth from the US and European tax bases into the hands of a “transnational security elite”. This security elite, this “military-industrial complex” that President Dwight Eisenhower once warned the world against, has infiltrated the heart of the US political establishment and captured the narrative. The hawks now stomp the doves into the ground, and US grand strategic diplomacy and its future as a global power suffers for it. Against the national interest of America, and humanity, weapons-makers now decide who goes to war and tell the politicians when.

Seeping into us over this new millennium, across the murky battlefields of the War on Terror, we conjured up bipartisan innovations to deny the fundamental humanity of people like Assange, whether it be on Christmas Island or Guantanamo Bay. We created a national debate to house them, normalising something bitter that permeated into the bedrock of our society.

It may be difficult for Australia to demand the release of Julian Assange, but it is necessary to ensure we can remain the country we want to think we are. Assange is a journalist who has two young children; he is not a Bond villain. His family are held in suspended animation, forcibly separated from their father as he is shredded by an unprecedented form of torture delivered from afar by the world’s foremost champion of freedom and democracy. He has never been able to sit in nature with his family, to breathe the open air we all take for granted, he has been rendered into political capital by the ugly side of the western experiment, and for that we all hold some guilt. A desperate Australian and his family need to come home.

As Assange’s condition has deteriorated over the years, so too has the standard of journalism in this dusty country. It is incumbent on journalists to understand the gravity of this international situation, to compel every lever of our society to understand it, but instead they pretend that he is not one of their own in the hope it may one day spare them from their own reckoning.

I disagree with this decision. I do not support Assange’s actions and his reckless disregard for classified security information. But if Assange is guilty, then so too are the dozens of newspaper editors who happily published his material. Total hypocrisy. https://t.co/O27OlhDgn5

The US commuted the sentence of Chelsea Manning, an American, for exposing war crimes in Iraq. The US wants a life sentence for an Australian for publishing the details. We punish the same crimes committed by our troops in Afghanistan. Assange exposed such crimes in Iraq.

Within this crisis, we forget the family that stands behind the fate of this man. Stella Moris, Julian’s partner, wife, advocate and mother of his two kids has worked tirelessly for his release. So close to the end of a hopeless process, she talks about Julian, telling me “no decent person can tolerate his mistreatment anymore”. Stella acknowledges “the processes that have been set into motion that will claim Julian’s life”. She says the groundswell of support for Julian’s freedom is “because his suffering is so profound, and the cruelty and arbitrariness so clear, that everyone is a first-hand witness to this injustice”.

The tragedy of it all is that the perverse persecution of Assange runs counter to the interests of all parties involved, especially Australia. If this new government, a government that was elected speaking of restoring our humanitarianism and our prestige abroad, is unwilling or unable to bring Assange home, their mandate will be irreparably tarnished. It is not necessary to dismantle over a century of hard-fought, independently minded diplomatic tradecraft that once was a key strength in our country, by acquiescing to, as Moris puts it, “dismantlement of a system of basic human rights safeguards, which Julian helped reveal in all its ugly detail through WikiLeaks’ exposes of the so-called ‘war on terror’”.

Time for Australian govt to intervene over Julian Assange.

Australian politics has endured a decade of small ideas and suppressed dreams, languishing in the heart and the soul, afraid to take a stake in the world. We have been too silent watching the horror facing Assange, a journalist being denied legitimate passage home by our belligerent new AUKUS partners.

We have been a good friend to our “big brothers”. From handing over $100 Billion for submarines that won’t exist for generations, to fighting in Korea to Vietnam, Iraq to Afghanistan, and supporting military operations in Syria and Yemen. We expand cooperation, increase freedom of navigation operations, we buy ill-fitting battle tanks and vapourware strike-fighters, we join “Coalitions of the Willing” and have generously supported the geopolitical interests of Washington since WWII. It should be perfectly reasonable to ask our friends to release Julian Assange, and for them to honour this reasonable, humane request.

The Albanese government has pledged its humanitarian principles as one of its key differences, but Julian is not as easy as a photo with the Biloela family – he requires the support of heavy diplomatic lifting.

Last time a Labor government saw Assange he was beamed onto a stage in Sydney getting a Walkley in 2011; this time, weeks into a new government, it is faced with a dire set of circumstances. Labor can’t play dumb. The Gillard government did not act sufficiently in a window to intervene as Assange first entered the Ecuadorian embassy, it has since witnessed this hopelessly unfold from opposition, and has been reticent to speak broadly on his behalf. Those like Andrew Wilkie, Julian Hill and Barnaby Joyce are not enough; the freedom must be spelled out officially by senior members, the foreign minister and the Prime Minister.

"We’re calling on the government of the United States to drop the unprecedented Espionage Act charges against #JulianAssange."#HomeRun4Julian please pic.twitter.com/n0LbDIPv5B

The decision by the UK Govt to approve extradition of Julian Assange to the US is an outrageous betrayal of rule of law, media freedom and human rights. @AlboMP must pick up the phone now and demand an end to this madness https://t.co/W0fi2lw38p. #FreeAssangeNOW #auspol #politas

Julian Assange has not been convicted of any crime in England, and the charges that await him in the United States are not reasonable, rational, realistic or proportionate. It’s time for Australia to intervene. Stella Moris is unequivocal on this point: “Either decent people manage to build a movement so overwhelming that the government has no other option than to secure his release, or we lose him forever… it must continue to grow, until he is free”. The governments of the US and UK prefer to see him as an inconvenience at best, and a menace at worst. In Australia, we treat him much more maliciously.

Some of us prefer not to see him at all.