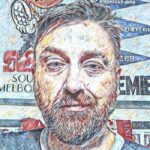 WRITTEN BY
Andrew Gardiner
The Shot 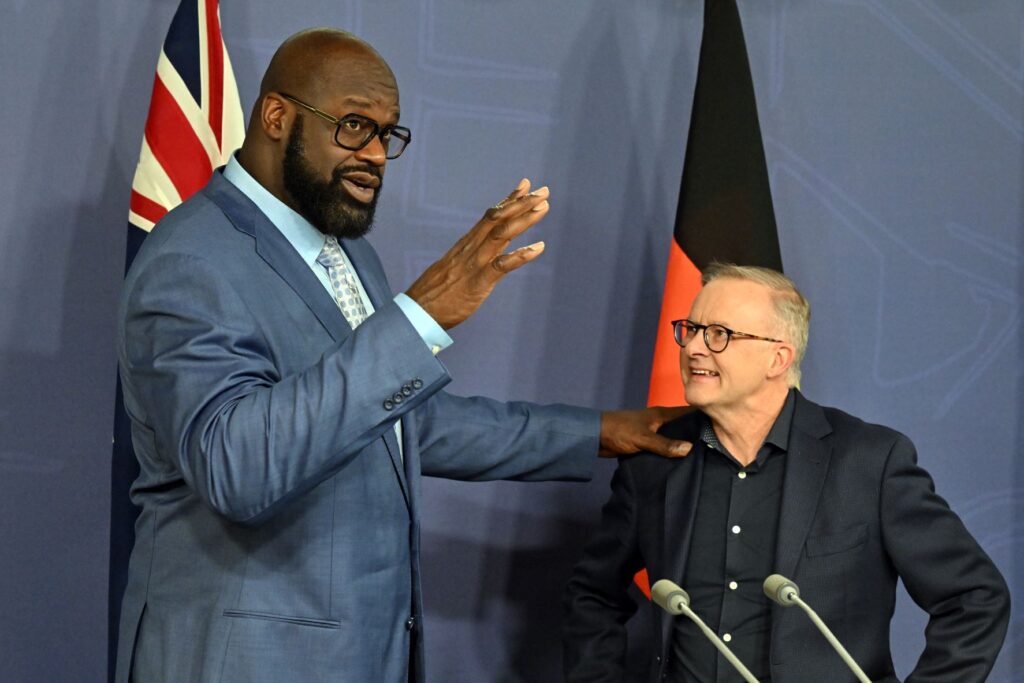 Nothing says “man of the people” like an appearance at the Enmore Theatre in inner-city Sydney, taking in a Gang of Youths gig, sporting a Joy Division t-shirt and skolling the obligatory beer. That was “cool rockin’ Albo” last Monday night, basking in the applause of locals and not at all shy of the inevitable publicity.

Fast forward just two days, and a newly publicity-shy PM is ushered into News Corporation’s headquarters, Joy Division but a distant memory after donning his best suit and tie for an audience with Lachlan Murdoch. Amid the latter’s defamation lawsuit against Crikey, and with independent MP Zoe Daniel moving for a judicial inquiry which could help end News Corp’s stranglehold on our newsprint circulation, the timing of this conclave seemed, well, ominous.

News of the Murdoch rendezvous comes as Albanese, mandated by voters to deliver us from the neoliberalism and malevolent messaging of his predecessor Scott Morrison, instead seems to be giving us more of the same. Gaslighting, distraction, misinformation, dead-batting follow-up questions and more: did you really think the days of “wag the dog” were over? Consider this summary composite of Labor pressers since May:

Question: The Grattan Institute says politicians should be banned from allocating grants to stop pork-barrelling. Will you act on that? Morrison-esque rejoinder: that’s all well and good, but it shouldn’t be left up to bureaucrats. (Score one for the corrupt status quo).

Question: failing to mandate COVID-19 mask use, as your chief medical officer (CMO) did, is costing lives. What are you going to do about it? Gobsmacking answer: “I didn’t hear the comments (and therefore can’t offer an opinion)”.  (Note: the CMO clearly made the recommendation after input from politicians).

Journalists blindsided by such chicanery can’t collect their thoughts before we’re onto the “next question”, a Dorothy Dixer from a friendly hack about one upcoming sports event or another. Mission Accomplished.

In each case above, the “answers” (on both policy and rhetoric) were as befuddling and barren as any we came to expect from Morrison. But this was “Albo” and his ministers, seemingly intent on emulating “ScoMo” when it comes to discombobulating journalists, controlling the narrative, tossing out distractions (see “Enmore Theatre”) and persisting with policies synonymous with the worst government since Federation.

A Labor government skilled in the dark arts of distraction can be just as adept as its predecessors at minimising  accountability to both the media and the voting public, leaving in its way only a Federal Opposition which these days seems more interested in fighting culture wars than holding “Albo’s” feet to the fire on actual policy.

Having mastered Morrison’s doublespeak to the point where it helped them into office, it’s no surprise that Labor is now wholly addicted to it. The new government willingly deploys those dark arts to sell odious neoliberal policies, its word salad “answers” ready to deflect, distract and discombobulate the media pack.

On the threat of COVID-19, readers can’t have missed the tyre-screeching 180-degree turn made by both state and federal Labor since May, spurning solid health advice in favour of “personal freedom” and unencumbered commerce.

All this as Covid case numbers exploded in winter. Never mind public health and safety; we’ve got elections to win.

Clearly, Labor is spooked by tabloid campaigns, and by soft numbers on abortion in vulnerable seats. Principles be damned.

Then there’s the seemingly-insoluble quandary of how Canberra will pay for social housing, NDIS, health and infrastructure after locking itself into Morrison’s revenue-depleting Stage Three tax cuts. Utterly at odds with Labor’s traditions, Stage Three will in two years see a worker on $45,000 per year paying the same tax rate as an executive who brings in four times that.

During an interview on ABC radio, Assistant Treasurer Stephen Jones pointedly failed to address how Canberra would pay for such programs with one fiscal arm tied behind its back. Government 1, Accountability 0.

These are but a few examples of retrograde Albanese Government decisions, taken because Labor’s scared to death of the top end of town, and of media mouthpieces whose job it is to distract workers from considering whether, say, a near flat tax rate is in their best interests.

According to conventional wisdom, new governments can only cram so much into their first term in office. With that in mind, Albanese and his colleagues hit the ground running, jetting off to important summits with world leaders, looking into the previous government’s rorts and abuses of power and moving forward on a referendum for an Indigenous Voice to Parliament.

But what of other laudable goals, like a meaningful reduction in carbon emissions, or a judicial inquiry into what one Senate committee described as Australia’s unaccountable media cabal? With Labor bringing in almost half a million dollars in a single year from fossil fuel interests, and “Albo” hashing over Lord-knows-what with Lachlan last week, it seems those laudable goals are destined for disappointment.

The new government may be on a clock to get its first term objectives accomplished, but it could have chosen worthier battles and fought harder on the ones it picked. The now-legislated 43 per cent in carbon emission reductions by 2030 – ensured by a “safeguard mechanism” we’re yet to see details of, amid a proliferation of new carbon-belching ventures across the country – seems as anaemic as it is unattainable. 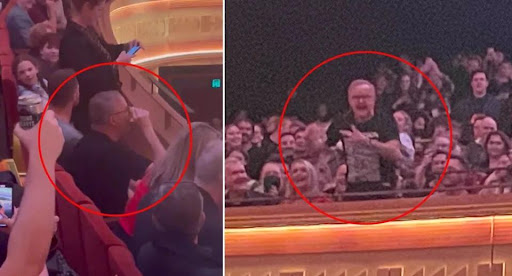 At this point, only those in attendance know what went down at last Wednesday’s Murdoch-Albanese conclave, but Labor’s nixing of a judicial media inquiry – twice prefaced already – seems no less certain. One wonders what Gang of Youths and the audience of “true believers” who applauded “Albo” at the Enmore Theatre would think of that.

Research shows rusted-ons will twist themselves into pretzels to justify spin in service of a “good cause”. But what if, on closer inspection, much of the chicanery we see at Labor’s pressers simply enables “ScoMo: the sequel”?

It makes you wonder if the end justifies the spin.

WRITTEN BY
Andrew Gardiner
The Shot