General News
Pitting jobs against the environment is a fucked up Liberal Party mind trick
May 27, 2021 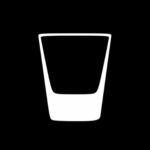 WRITTEN BY
Staff Writer
The Shot 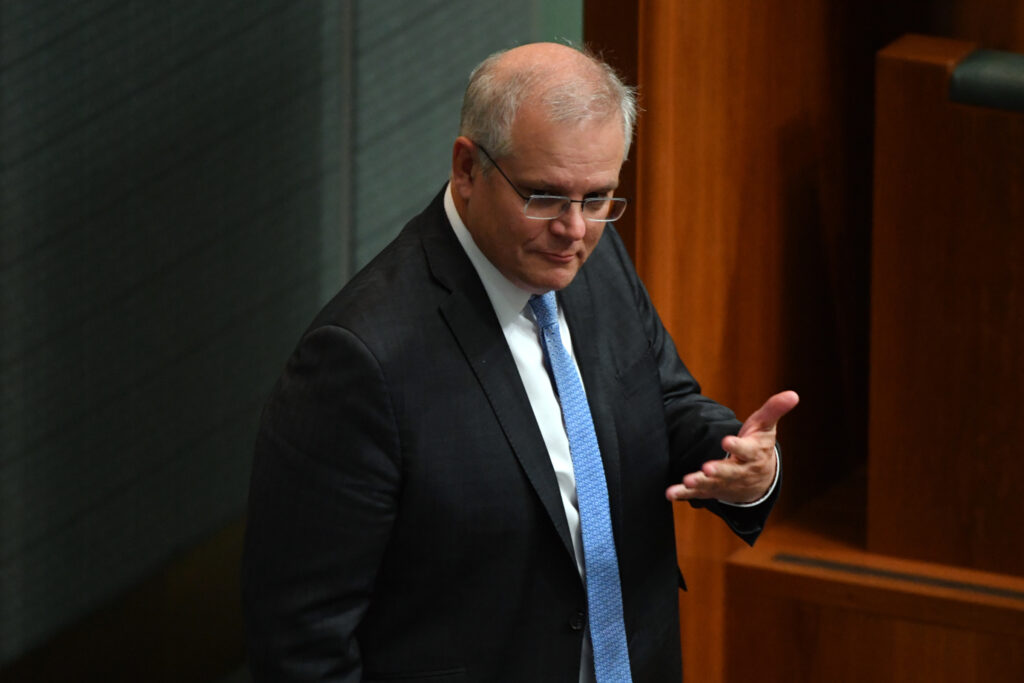 How good are oil refineries?

Australia’s government sees beauty in an oil refinery. It’s the perfect opportunity for the Prime Minister to dress up in a hard hat and high-vis, which he’s never worn in his privileged life for any reason other than to take a photo. It’s also the perfect opportunity to prove he’s on the side of the workers, and everyone else is against them.

And at one level, he’s not wrong, is he? It’s pretty callous for anyone to call for the abolition of someone else’s job. Especially a nice high paying one in the energy industry.

By the end of his doorstop, polls show that Australians on board with the idea that we should be grateful for the skilled workers turning up to theme parks of carbon emissions every day, because they’re keeping Australia’s cars running and trucks trucking, and doing the jobs you (the TV watcher, the reader of this article), are too lazy to do. Forget mother nature, she can wait.

This is classic LNP mind tricks: why save the planet if the jobs of these hardworking, devoted Australians will be scrapped? Here’s why that line of thinking is a bullshit mind trick.

Scott Morrison announced last week his government would spend $2.3 billion to prop up Australia’s last two oil refineries in Geelong and Brisbane, which promise to stay open until at least 2027. In the next breath, he said this would save 1250 jobs. It was as simple as that: if the refineries closed down, thousands of workers would lose jobs and face destitution. Therefore, we have to pay to keep them open.

Ten years ago, Australia had six oil refineries. Now, there are two. Altona oil refinery, West Melbourne, has announced it will be closing this year and Kwinana Perth BP locked up its gates in February. Jobs in this fossil fuel sector halved in a matter of months. Without the government’s bailout to keep onshore oil, the few remaining jobs in the industry would have probably disappeared altogether. For those who didn’t get handed a job straight out of uni like our Prime Fuckwit, that doesn’t sound like job security.

Is anyone having déjà vu? Could it be because this is sounding like the coal scenario over in the United States? For the mid-west coal communities, the cost of coal dried up, and companies fled the scene.

Australia’s government is so desperate to flog this dying horse because they know corporations are moving on. But their corporate mates are willing to stick around if Morrison writes them a fat cheque. The United Workers Union has warned the $2.3 billion allocated, will shovel money into the corporations, which the workers will INDIRECTLY benefit from because the government seems to think jobs will just organically flow from maintaining corporate profit and privilege. Or, they just don’t give a fuck at all.

Thing is, it’s pitched as a “jobs or nothing” dichotomy. Which is rubbish. After all, the most secure job is a job in an industry that actually has a future.

That’s why the University of Sydney’s Policy Lab has launched ‘The Real Deal’. If it sounds like a diet version of America’s ‘Green New Deal’ that’s because that’s exactly what it is. The project allows workers to decide their terms of change in times of crisis. In the climate emergency context, workers are given the chance to look at transitioning from carbon-emitting to carbon-neutral industries, including in West Melbourne and Geelong where oil refinery workers are at real risk of losing their jobs. These workers want to use their skillset to provide essential services, rather than being married to a commodity. This is part of an apparatus showing jobs and action on climate change are not mutually exclusive.

Morrison would instead have you believe the patrons of cafés and wine bars won’t solve this jobs vs. environment issue. For him, the better tactic is to ignore participatory policy-making, and tell everyone with real solutions: “fuck off, I’m going to tell the hardworking Australians what to do”. Rather than listen to these people, he is spreading his vacuous creed of “Libs know best” across the land.

Climate change is in the hands of a sad cast of D-list thinkers who receive glowing personality reviews on Sky News. Here’s the lineup:

Sussan Ley, Minister for the Environment, claims climate change isn’t her responsibility. Even primary school children will tell you that grass will grow if it gets water, while Ms Ley doesn’t realise climate change and the environment are related.

And while there hasn’t actually been a minister for climate change since Labor held office in 2013, has anybody seen the Energy and Emissions Reduction Minister, the closest thing we have to a climate change portfolio? Angus Taylor. If Australia’s climate denial could be narrowed down into one person, it’s Angus. Fucking. Taylor. The Oxford graduate gives government money to his college rowing teammates. Turns out rowing sheds are the best places to rub shoulders with people controlling Australia’s natural resources. Sign your kids up now!

Albo sat around the cabinet table while the last Labor gov cut $1.2b in apprenticeship incentives – this led to the biggest single year collapse of apprentice numbers ever – 110,000. @AlboMP can’t be trusted to create new jobs. Same old Labor. #auspol

At the very time of writing this, the author got a news alert. In spite of the International Energy Agency warning against countries committing to any new fossil fuel projects, our Angus had announced $600 million in a gas-fired power station for regional NSW.

Hey Angus, the country’s satirists send thanks for making their job so easy. But you’re making the jobs of industry-specific communities harder; handing them a long-term eviction notice you’re painting as a golden ticket.

Why? Because it’s easier to invent facts than admit the truth: the government doesn’t want to see their corporate mates go elsewhere.

Don’t look to the Labor backbench for solace. The coal communities of the Hunter region are represented by the only dinosaur they can’t lawfully burn – Joel Fitzgibbon – who in an interview with 2GB’s Ben Fordham said climate change was an “11th order” issue for his constituents. Joel’s next logical move would be cosying up to other denialists who love to tell people what to believe (here’s looking at you, One Nation).

In short: don’t look at the shitshow of Parliament for any answers on how you can address climate change and create jobs simultaneously, because the bloated idiots who rule us can’t walk and chew gum at the same time.

Are all politicians putting their fingers in their ears and shutting out the grim realities the country faces?

Enter the states, many of whom are stepping up on climate change, showing up armed with strong net-zero targets. There are some heroic tales to be told:

In NSW, there’s “green Kean”, as Alan Jones refers to Matt Kean, who conquered Mark “Why The Fuck Is He Still Here?” Latham when he tried to block the Electricity Infrastructure Investment Bill, which boosted renewables investment in the state. Imagine how much of a cock-head you’d have to be to block renewables infrastructure in 2021. The 30-hour debate in state parliament was a hard-won victory for 2800 ongoing jobs in the renewable sector.

It was great to join @Ausgrid yesterday as they unveiled a new community battery in Beacon Hill.
A first for the East Coast, this battery will store excess power generated from people's rooftop during the day and let them use it later when the sun isn't shining. pic.twitter.com/DtYx100XUk

Down in the hinterlands of South Australia, wind farms and solar panels accounted for 60% of the electricity supply in 2020, the highest in the country. The state is on track to achieve 100% renewable power by 2024.

Or feast your eyes on Victoria, where the valiant Lily D’Ambrosio actually made a commitment to the Paris Agreement. By 2025, Victoria will be on the way to achieving 100% of renewable electricity generation, with a third of emissions to be cut. Fuck yes.

But the federal leadership sees a marketing advantage of opposing the states, rather than working with them.  When Matt Kean raised climate change as a potential contributor to the black summer bushfires, Scott Morrison told reporters that he and his gaggle of fuckheaded frontbenchers had “never heard of Matt Kean”.

The states’ message is clear: climate change action and job creation are not incompatible. It happens to be the same as The Real Deal, which has been created by listening to actual, living breathing people who work in fossil fuel industries around Australia. Saving your backyard will create work.

No matter what industry you work in, if you look past the bank accounts of oil companies, and to the coastal sanctuaries on Australia’s seaboard, the brimming lakes, the pleasant countryside, and it’s very easy to come to the conclusion that you don’t want to see them burn.

But the federal government would rather suck the sagging teat of fossil fuels and sign Australia away to a bleak future if it means corporations linger in the rubble. And they’re doing it because it’s a brilliant way to funnel billions to their mates while cloaking themselves in a bullshit pro-worker high-vis cosplay costume.

They’re lining up a whole community of workers in front of a failing factory, saying “we like the people who run this place, so keep it running”, and it’s complete fucking bullshit.

WRITTEN BY
Staff Writer
The Shot