WRITTEN BY
Grace Tame
The Shot 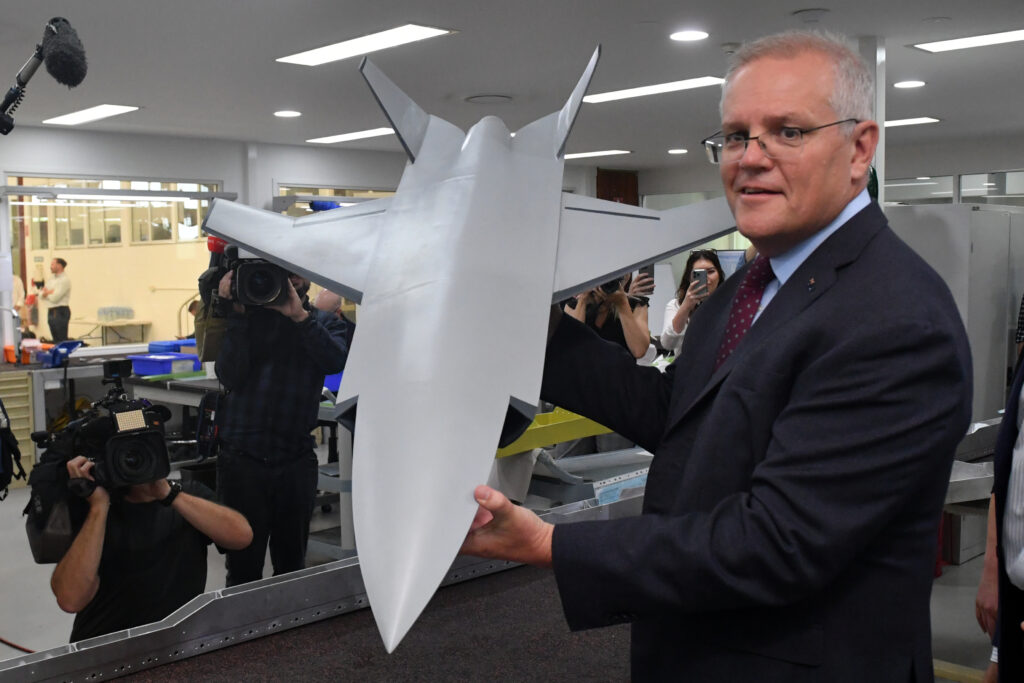 In the face of fear, human beings are no different to any other species. It shouldn’t be our natural instinct to wage wars against each other, cultural or otherwise. That’s just it: we, the people, don’t want a conflict of rights. We want to coexist on this planet, so long as it is liveable.

We are a traumatised nation. In recovery from bushfires and floods. In the throes of a pandemic and a changing climate. Haunted by persisting, intersecting forms of structural oppression and violence. We’ve been repeatedly let down by those who are supposed to lead, protect and support us.

These traumatic phenomena are all evidenced facts each of us can logically comprehend. However, our traumatic responses are not. Traumatic responses are forces of nature. They’re beyond our control. It’s only our uniquely human ability to reflect on them in our prefrontal cortexes, which separates us from the rest of the animal kingdom. In the face of fear, human beings are reduced to our basic survival instincts that stem from our mammalian brain.

When we talk about these instinctual responses, we typically hear about ‘fight’, ‘flight’ and ‘freeze’. There’s another that’s arguably more common, only rarely is it discussed. One reason is that it’s more nuanced. Another is it’s also more confronting and confusing. It is called ‘fawn’.

Fawning is a maladaptive coping strategy often seen in children who’ve been abused or neglected by a non-nurturing caregiver. If a child doesn’t attach to its caregiver, nor have its needs met, it will most likely respond by suppressing its needs and identity to appease the caregiver’s needs instead. For obvious reasons, a child can’t usually escape abusive circumstances. It is forced to do whatever it can just to survive, whilst avoiding conflict and minimising inevitable pain. It will fawn in the vain hope of being rewarded with love. It will fawn in the vain hope that by showing love, it will receive it in return. Moreover, as human beings, our tendency is toward the forgiving.

Fawning is also known as ‘people pleasing’. Although helpful in simplifying it, this language is problematic because it makes it sound superficial. Fawning is a painfully tragic, universal phenomenon. Have you ever seen a puppy suddenly start vying desperately for the attention and approval of an older, unfamiliar, larger, intimidating dog? This is an example of a scared animal surrendering for connection and closeness.

How about the demeaning stereotype of women who “love” men who treat them badly? Not only is this offensive and wrong, it also actually speaks to unconscious, protectively submissive responses to abuse.

Fawning can also be used to explain the tired trope of corporate hierarchies wherein blatant bully bosses are worshipped by their subordinates. Not because they’re liked, but because fear induces fawning, which, in this example likely translates to feelings of ‘walking on eggshells’, and the compelling need to impress and appease those who wield superior power and authority. Indeed, fawning is one of our most basic safeguards.

We are also so indoctrinated to have faith in institutions like schools, banks, churches, and governing bodies supposedly designed to unite and protect us, that whenever they abuse us we find it very difficult to believe. Even in the face of physical evidence so obvious that everyone cannot help but see it as plain as day, we’re at pains to abandon our hardwired, core beliefs. Even during abuse, we choose not to believe it. Instead, we fawn.

We downplay and learn helpless tolerance of abuse not because we like it, but because the narrative that someone could be so cruel as to intentionally hurt and abandon us is much harder to reconcile than the alternative. In the face of fear, we are so often shocked into a state of childlike denial. We are at the mercy of our unconscious defences, which although protective in the short term, can prove devastating in the long term.

Indeed, power-abusers are shielded by them. Worse, they thrive on them. They’re at an advantage when we’re left collectively traumatised, whether we’re fighting amongst ourselves, fleeing from the scene, frozen and helpless, or fawning over them despite their wrongdoings. In all four cases, the truth is irrelevant, because logic is no longer in play; trauma is. In all four cases, we’re distracted. Our attention is diverted away from them, whilst we are reduced to our survival instincts, and fear reigns supreme. Power-abusers weaponise our vulnerabilities and our tendency to forgive.

A wrecking crew has left us in a wreck. Yet so many voters are still fawning over them. This is partly due to fear. In times of crisis, we fawn over the familiar; over established powers – even if they’re abusive – because we have no choice. There is a political trend of incumbent leaders experiencing a surge in support following tragedy. Generational party loyalties are also advantageous. Institutions know that breaking tradition can sometimes be impossible, much like accepting that a trusted fawned-over family member is an abuser. It is confronting, and many fear reflected guilt.

None of us want to believe that we could be living in a nation of propaganda, wherein democracy is eroding, politicians are suing citizens and peaceful protests have been met with veiled threats of nearby bullets. All these things are true, however.

What’s the solution? Education; interrogating all this conditioning. Learning about each other; our similarities and our differences. Knowledge quells fear. It unites us, empowers us, and stops us from fighting, fleeing, freezing and fawning. Acknowledging and processing these truths about our innate wiring, and our reality, can be confronting. It’s not something any of us should be ashamed of. It is the stuff of growth and hope. It is the stuff of real change.

We have a common goal of striving for a future free from abuse and saving this planet. We can transcend fear. We have a choice. Your vote is your power. Don’t be afraid to use it.

WRITTEN BY
Grace Tame
The Shot