National
Why do we even bother with International Women’s Day?
February 25, 2021 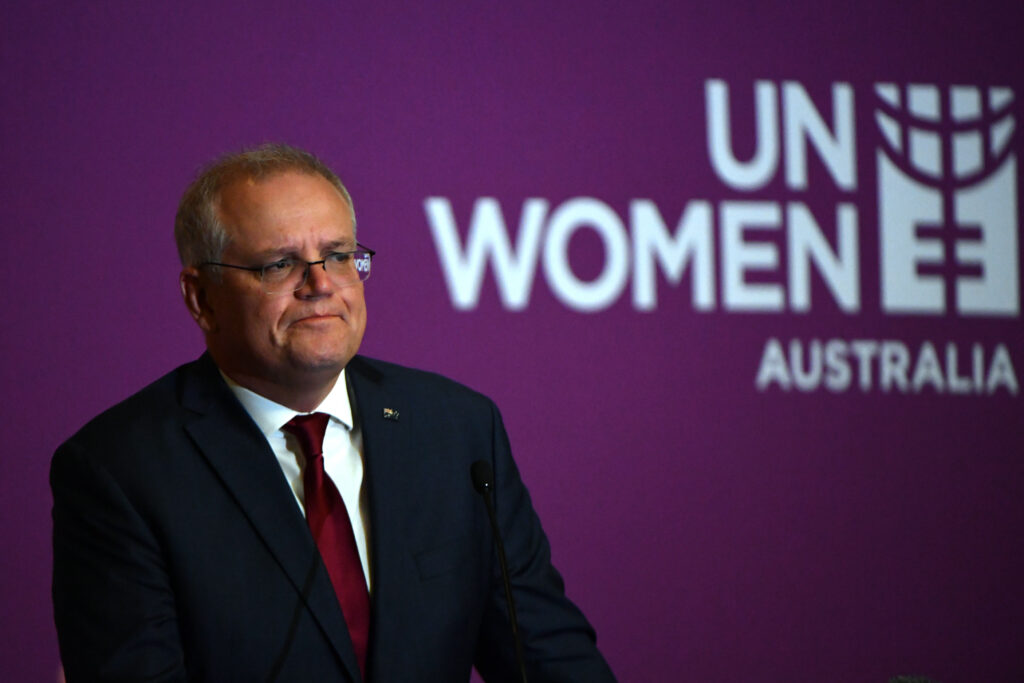 It’s International Women’s Days and don’t we have a lot to celebrate! Before we get started, let me remind all the fragile men out there, you get a day too. It’s the 19th November.

During Covid, just for shits and giggles, I had a look at gender equality in Australia.  It was the day Josh Frydenberg generously announced superannuation was up for grabs.  I’m not sure why support services weren’t tailored so this wasn’t necessary (maybe Tim Wilson could enlighten me) but I suppose money doesn’t grow on trees and we can’t let Executives forgo their yearly bonus.

The good news?  We have an Australian Government Workplace Gender Equality Agency (WGEA).

The bad news?  Everything else.

Let’s forget (not forget) we just found out a woman was allegedly raped in Parliament House, it looks like our Government worked hard to cover it up, our Prime Minister hit new gaslighting lows and more sexual assault accusations are surfacing; meanwhile, pay equality has gone backward.

That’s right, ladies, we not only get paid less, we now get more of the less. It’s the gift that keeps giving because it will impact our super, which impacts the quality of our retirement.

But wait, there’s more! WGEA statistics reference data to March 2020.  Imagine what this will look like when Covid’s pink recession is reported.  Don’t worry, the Government has that covered.  They’ll be adjusting their calculations “accordingly”.  According to what I don’t know, but I have a suspicious nature, so I’m not optimistic.

I can officially report we now have a wage gap of 15%.

The “Equal pay for work of equal value” was only established in 1972 so I guess we’re doing well.  After all, these things take time. It’s only been five decades.

For the debaters in the room, this figure is not stacked with luxuries like having time off to give birth.  It’s really a very simple formula.

Getting accurate information is difficult.  Not because overtime, salary sacrificing, part-time, casual and unpaid work is excluded.  It seems our own Government can’t figure it out.  WGEA’s Australia’s Gender Pay Gap Statistics 2020 (17 August 2020) cites a 14% wage gap but their Quality Scorecard (26th November 2020) has us at 15%.  I don’t know what they did during those 101 days but please stop.

Even if we do want a complete picture, we can’t have it.  In 2006, Former Prime Minister John Howard stopped funding the Australian Bureau of Statistics Time Use Survey; data that measures all paid and unpaid labour.

This time last year, our current Prime Minister, Scott Morrison, reaffirmed his commitment on gender equality saying “We want to see women rise.  But we don’t want to see women rise only on the basis of others doing worse.”  Who are the “others” Mr Morrison?  How does this work in your Liberal based meritorious system?  I suppose if we have a go we’ll get a go, but let’s say the quiet part out loud.  Providing it doesn’t impact men.

Although WGEA reported bad news about the gender pay gap, they did have some “good” news.  At a staggering 3.2% there’s been “strong growth in employers with a policy or strategy for flexible work” and “employers with a policy or strategy on family or domestic violence has increased by over 6%”.   While I’m glad they’ve created policies and strategies addressing these issues, I can’t tell you how many have been adopted because WGEA didn’t tell me.  Women make up 1.2% more CEOs and 1.3% more Board Members than last year (quotas anyone?) and women’s promotions are up; by how much I don’t know because that’s not reported either.  Access to parental leave has increased slightly, the health gap has barely moved and women are still over represented in part-time and casual work.  How good is having a vagina!

Trying to get meaningful statistics is hard work. Three hours searching and Google still hasn’t dished up summarised meaningful key measure trend data I can steal. I did find an exceptional report from Per Capita, but, to be completely frank, I stopped reading. It’s too depressing. Between this and WGEA’s cheery overview that includes references to men, I gave up.

Besides, the most important statistic is easy. In 2006 Australia ranked 15th on the World Economic Forum’s Global Gender Gap Index. We are now 44th.

That makes it difficult to get excited about International Women’s Day. On the one hand, it is a day that celebrates a lot of effort done by lots of extraordinary women. And that’s great.

But at the same time, it’s also a day when a whole bunch of powerful people who could change everything and yet have done nothing, can sit down, eat lunch and talk about women.

Today, Prime Minister Scott Morrison will be the guest of honour at a Parliamentary event.  I wonder what pearls of wisdom he’ll give us this year?

I can hardly contain my excitement. I guess I should be thankful he didn’t name himself Minister for Women.