National
Is rape ever going to become a man’s problem?
February 17, 2021 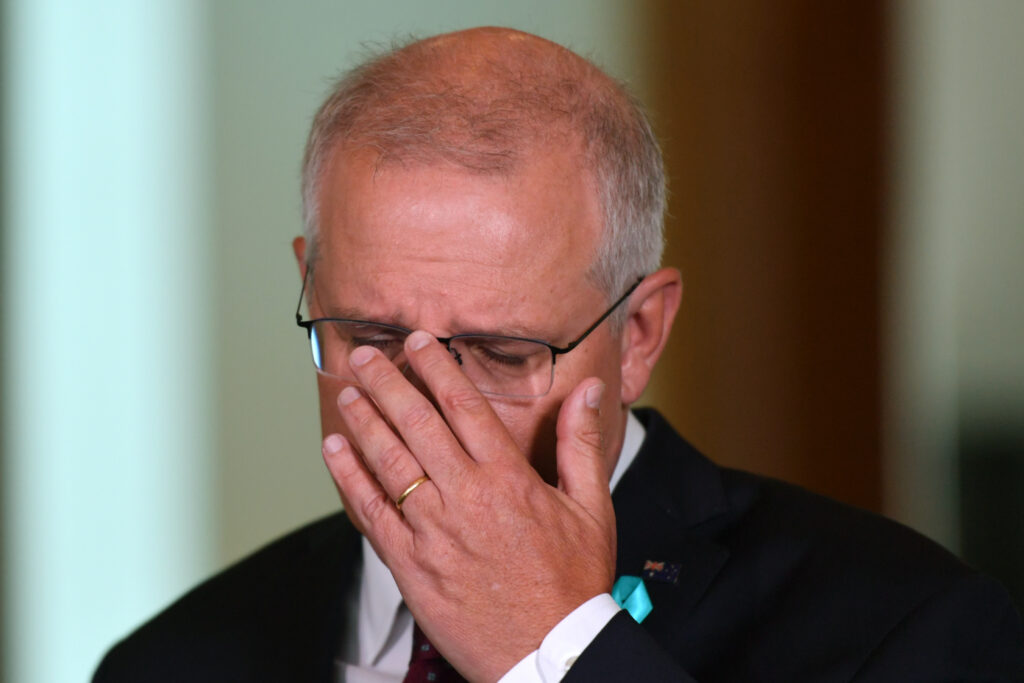 I’ll preface this article by freely declaring I am day drunk. Yep – I self-medicated as I processed these events!

On Monday 9th November 2020, the ABC aired a Four Corners report that exposed deeply embedded misogyny at the highest levels of the Liberal / National Party Coalition. Called “Inside the Canberra Bubble”, it went to air despite numerous attempts by the government to suppress it.

What was our Prime Minister’s response?

Why did you only focus on the Coalition?  This isn’t a party issue. Yep. What-about-ism. The “we’re not the only ones” argument. And feigned indignation that Malcom Turnbull’s Ministerial Code of Conduct was called a “bonk-ban”.

Let’s be honest. We all know the Liberal Party has a women problem. We’ve known for decades. Former Prime Minister Tony Abbott reminded us, almost weekly, of his party’s opinion on the role of half the population in our society. And he is not the only one.

But apparently it took the courage of Brittany Higgins, a traumatised young woman and the thoughtfully crafted delivery of her message by Lisa Wilkinson, to “wake” Scott Morrison up.

Well actually. That’s not quite true, is it? It was that and a “chat to his wife”.

If this isn’t shocking enough, Brittnay’s telling of later events is soul destroying. From inaction of AFP immediately on scene, to subsequent interactions with senior staff “managing” this incredibly serious criminal complaint, the fall-out could only be described as a case-study in what not to do. In this day and age, and the vast wealth of education and information available, it is not a stretch to define ensuing actions as abject wilful negligence.

I’d go further. It was blatant protection of a political party’s reputation before an election over the safety and welfare of an individual; a young vulnerable disempowered female, sexually assaulted individual.

If you haven’t seen Lisa Wilkinsons interview, broadcast on The Project on Monday, I highly recommend you stop what you are doing, watch it now.

This story continues to unfold. We started Tuesday with a Prime Minister that denies prior knowledge of the situation; a claim that is simply not credible considering the timing, proximity of senior staff involved and Morrison’s own conflicting statements on when his office was advised.

On Tuesday morning, Morrison said “Jenny and I spoke last night, and she said to me, “You have to think about this as a father first. What would you want to happen if it were our girls?” Jenny has a way of clarifying things, always has.”

I am sorry (not sorry), but it shouldn’t take a conversation with your wife, highlighting the fact that she and your daughters have vaginas that some men believe they can claim at will, to “clarify things”. Further, using the female members of your family in this manner more likely indicates you regard the fairer sex as chattel that can be referenced when a “women’s problem” crops up.  As they regularly seem to in the Coalition sphere.

By lunchtime, Mr Morrison was casting doubt on Ms Higgins’ recollections of her contact with the Prime Minister’s fixer around the time of ABC’s report aired last November.

“That is not the recollection of the records of my staff on that matter – it’s just not – so I can’t really speak more to it than that,”

“I understand that over time, particularly in situations like this, that information can become confused over time about who makes contact and things like that. I accept that, I make no judgments about that.”

These comments may seem innocuous to many, and Mr Morrison himself may not realise (yeah right), but as victims of sexual assault will clearly attest, these statements are designed to undermine Ms Higgins. Or to put it another way, it’s gaslighting.

More is coming to light quickly. From use and availability of CCTV footage to the curiously-timed steam cleaning of the Minister in question’s office, Mr Morrison’s claims of ignorance and unintentional mismanagement by him, members of his party and staff are weak at best. The stench of criminal cover-up is strong.

Mr Morrison has implied he takes this situation incredibly seriously – but his actual words and actions do not back this up. In fact, the word ‘serious’ was not used once in reference to this assault during his press conference on Tuesday. That Mr Morrison has decided to use LNP resources, regardless of sex, to investigate is disingenuous at best, deflection at worst.

It is notable Mr Morrison has not made any commitments to change. All he’s committed to is the consideration of recommendations. In what is becoming a pattern, he stated “So I’m not going to rush to or any knee jerk reaction here. There is best practise in a lot of other jurisdictions, in a lot of other workplaces. And I would like them to look at that and carefully advise us about what the automatic response should be.

I will end on this note.

I am constantly touched by men I don’t know. On the arm,waist, hair and bum. All uninvited. I am polite but distant so I don’t invite trouble.  I am told to smile, cheer up, be nice and stop being a snob. I’m often informed I am rude or stand-offish.  If I defend myself I’m over-reacting or called a bitch. I get lectured on why I am wrong.

I am hyper-conscious of my dress because I know what I wear could be interpreted as a message I don’t want to send. I watch what I drink and watch my drink (if you don’t understand this sentence, you don’t want to understand).

I watch how I stand and sit. I am not only conscious of my words but the tone of my voice.

I am aware of my surroundings all the time. I’m aware of where I walk and my posture while doing so.  I don’t put my hair in a pigtail because it can be used against me. I am fearful of car parks and alleyways. I walk with my keys between my knuckles. I pay for taxis when I am a two minute walk from home. I have my phone on me all the time. I message friends when I get in and demand they do the same.  I wear a ring on my wedding finger because a sign of ownership is my most powerful defense.

Every time I meet a man I have to wonder if he is dangerous.  I cannot completely trust my male friends because statistically speaking they could become predatory when I am vulnerable.

I have to work twice as hard and be twice as good for half the reward.  All while massaging fragile male egos without giving any impression I may be personally interested.

The list is endless and almost entirely unconscious. I do this without thinking, because I have been taught from birth, I own the criminal actions of men.

I am half the population but I am not afforded the right to move freely without constantly thinking about my safety and mitigating the risks.

I know if something happens to me the media and general population will not talk about my attacker.  They will talk about me.  They will analyse my entire life. Every. Single. Choice. I’ve. Made. Ever. Every choice I’ve made will be used against me to diminish the responsibility of my attacker.

I am tired. And I know I am not alone.