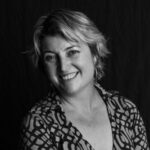 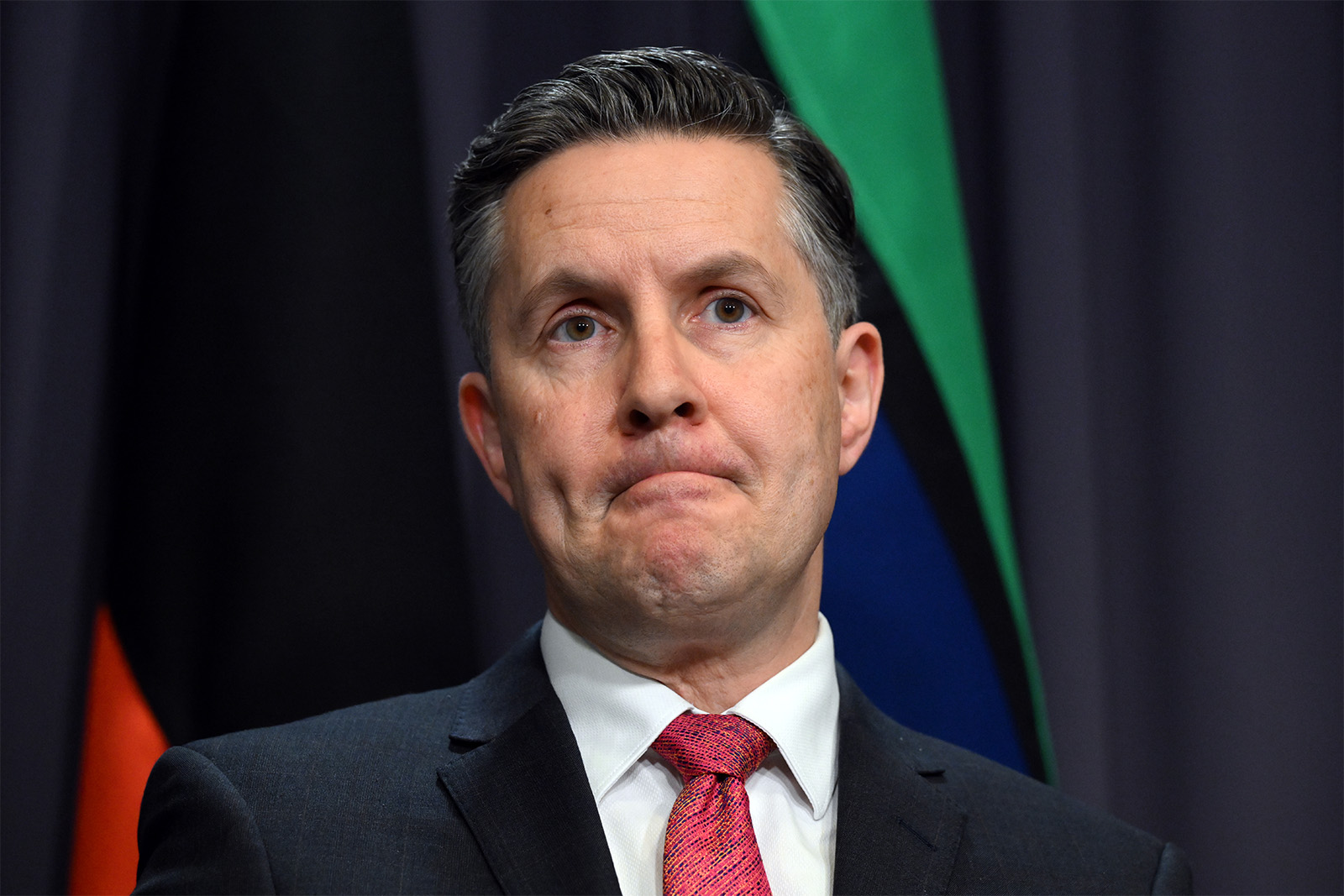 At the end of last year, as our weary, living-with-Covid bodies honoured the silly season with a little more day drinking and a little less doom scrolling, Federal Health Minister Mark Butler confirmed that the government had no plans to save the Morrison government’s Covid-era bonus funding for mental health care.

The number of Medicare-funded trips to see a psychologist would return to 10 per year, Butler confessed, down from 20 under Morrison.

To say that many in the mental health space were surprised, is an understatement. The mental health plans had been extremely popular during Australia’s rolling Covid lockdowns, when day drinking and doom scrolling proxied as diagnostic criteria for our exploding mental health crisis. For many the psychology sessions were a safety net, and at the height of the crisis it was speculated that this alongside other interventions had contributed to a reduction in the rate of suicide.

But Butler went on the front foot about his decision. He claimed on ABC radio that the extra funding had actually reduced access to mental health care for new patients, by clogging up the system with people who already had access to it. The number of psychologists is finite, and by doubling the number of sessions each person could get, the Government’s modelling suggested that the number of people accessing psychologists had dropped by 7%.

Of course, many medical practitioners were appalled by the decision, while others sided with the government, and a fierce debate raged for days.

On one side were psychiatric researchers – Ian Hickie, Pat McGorry, Jane Halton, Sam Harvey. They backed the government’s decision, agreeing that the axed subsidy wasn’t targeting those most in need, and called for a more focused approach to mental illness funding. On the other side, predominantly psychologists criticised the decision, arguing that it would cause harm to end a subsidy before a solution was developed, noting that it would have a particularly harsh effect on young people.

But how real was this so-called debate?

Far from a sign that we’re ready for a post-pandemic reckoning about our mental health crisis – this was a trifling brouhaha between medical professionals about how best to provide medical services. Some wanted “better evidenced based mental health care reform” (Hickie), others sought “specialised treatment programs for people with complex needs” (McGorry), alternatively people called for the maintenance of the 20 subsidised sessions (Harrigton), for doubling the sessions to 40 (Carr-Gregg) or for strategies to deal with healthcare workforce shortages.

Labelling this episode a debate had an unseen side effect – it helped us avoid having any actual debate about the biggest assumption guiding our approach to mental health: that the medical system is the answer to the mental illness crisis.

In late January, Mark Butler is holding a mental health roundtable with these medical professionals to hammer out some longer-term solutions. But as someone who’s been buffeted in and around the mental health system for decades, I’m not holding my breath. My fear is that the roundtable could end up another case of “if the only tool you have is a hammer, everything looks like a nail?” If you only take medical professionals into the brainstorm, then all you’ll come out with are more medical solutions.

I’ve lived with bipolar disorder for 25 years and spent plenty of time on the other side of the doctor’s table, asking for help to manage my pattern of eye-watering highs and catatonic lows. I’ve given it my all; therapists and medication, psychiatrists and psychologists, as well as alternative care like acupuncture, exercise, mindfulness and too many self-help books. Living with mental illness involves spending a lot of time asking people for advice.

In some ways it was no surprise that they didn’t ask a bunch of crazy people like me to come to the mental illness roundtable. We’re seen as the ones needing solutions, not providing them. But it was Albert Einstein who said that doing the same thing over and over again and expecting different results is the definition of insanity. So perhaps, by not asking for representation from us, they’re the insane ones?

I reckon the mental illness debate needs a good dose of wisdom from those of us who know all about insanity. 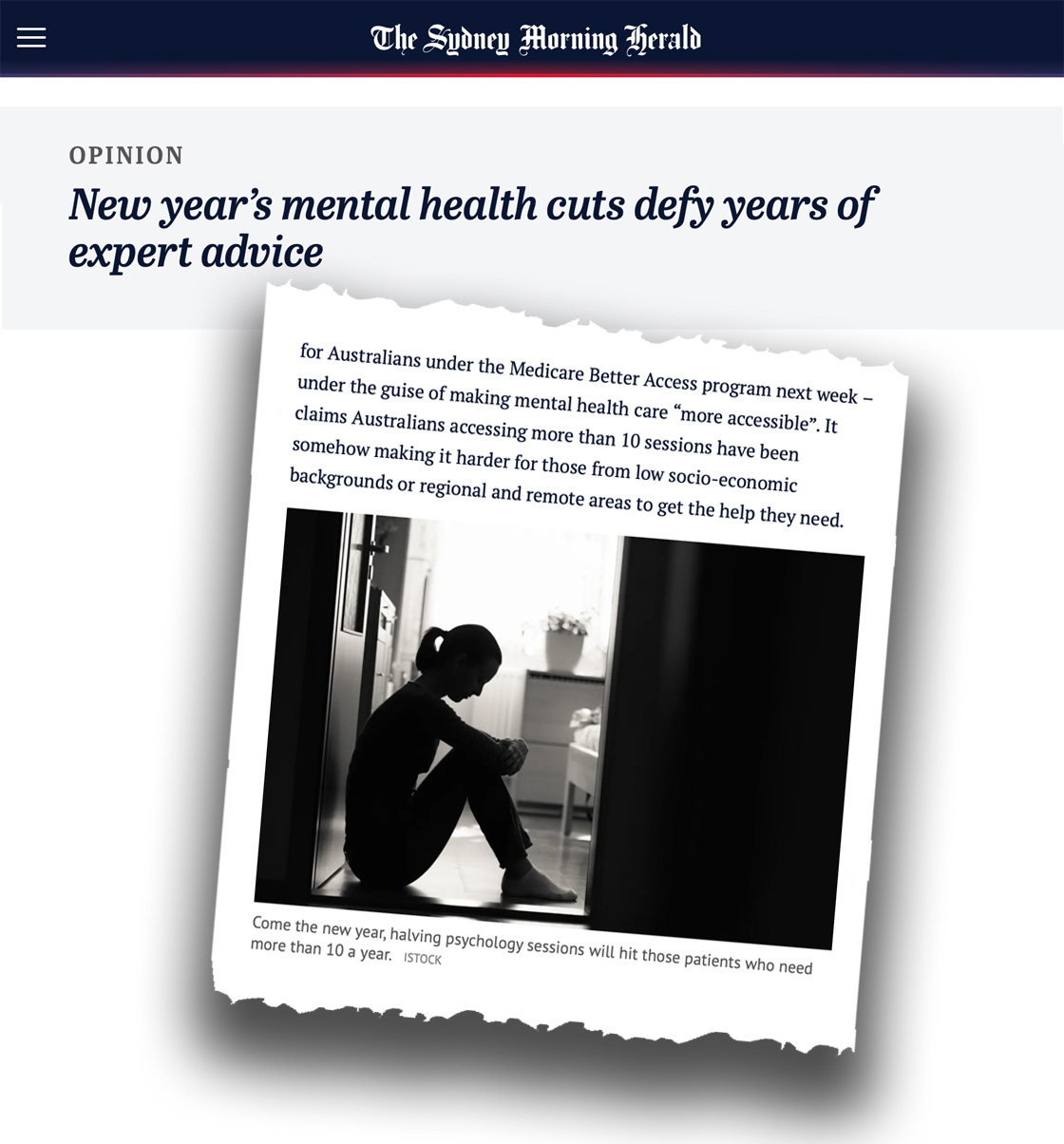 In our popular imagination, mental illness looks like someone lying on a therapy couch, or, as the Fairfax papers dolled out in December, a black and white lonely woman crest-fallen in front of a door yearning for meaning. Thankfully, real life with a mental illness is vastly more complex and interesting. When I complained to my husband about Fairfax’s choice of picture, insisting “that’s not what I look like,” he jibed “a better photo would be of you spending lots of money.” Ouch. But let me run with his slight to make a bigger point. This (embarrassing) depiction of hypomanic me spending with free-wheeling abandon is just one of a kaleidoscope of images rendered invisible in popular discussion about mental illness.

My bipolar is alive; it moves based on what I encounter. For many years in my work as a professional social change maker, I naively thought that my brain could somehow be secret and separate from my job. But even in the worthy, values-driven not-for-profit world, I had a lot of problems. It wasn’t just the shame that I felt from having a psychosis at 19 (which reached its nadir at a very public 600 person student conference), but I was called crazy (and much worse) to my face and behind my back in the years that followed. I tried to keep my bipolar private, but it was always there. I was grateful for the energy and creativity that congealed when my mind elevated, but as I grew older, my bespoke roller-coaster required greater intervention and not long after the birth of my second son I engaged a team of medical professionals. By then I was the CEO of a complex organisation – small enough to live in perpetual financial stress yet big enough to be riddled with stakeholder conflict. I tried for 9 years. But it broke me – I had another psychosis at age 38.

Until that point, I had swallowed the logic that that mental illness was a medical issue and therefore my responsibility. When I was still in the psychiatric ward at age 19, a doctor explained my bipolar to me like this: “I had a chemical imbalance in my brain, which was an illness that could be managed with medication – lithium.” You’re probably familiar with the medical story and its key message: that mental illness is all about you – about how you are broken, but how you can be treated. I found relief in this narrative whenever crisis struck – it offered a plan of action in the face of despair. I’ll always be grateful for medical expertise; I wouldn’t be here without it.

But my second psychosis unsettled things, partly because the logic of the medical story was such a devastating tale to bear. The idea that we are personally responsible for our mental health left me with only one conclusion – that I was a failure. Over time, however, I came to see things differently.

Just because healthcare helps, doesn’t mean that a medical lens has all the answers. For years before my psychosis my weekly therapy had focused on my anxiety about managing my increasingly overwhelming workplace. My doctor coached me, medicated me, helped me plot out strategies, and a couple of times wrote out a medical certificate when I was breaking. But at the end of every 50 min session, he sent me back out into that world. A world of work that was making me sick.

When we see mental illness as personal, we focus on the consequences of mental illness on the individual. We panic at the magnitude of the crisis which is affecting 25% more people since 2020. Is it any wonder that we call for more psychological and psychiatric support and Medicare subsidies? In this context it makes sense that the voice of medical care has become so dominant.

But mental illness isn’t just about crises. It’s about life. If you see me through a medical lens you are drawn to my weaknesses. Twenty five years of bipolar; psychosis, ongoing treatment, permanently medicated – a weakened individual in need of care.

But through my eyes mental illness looks different. My ability to thrive or struggle is profoundly shaped by the world beyond the doctor-patient relationship. My workplace and the stresses and pressures it produces, my school and its competitive or caring culture, my accepting or judgmental community organisation or case worker – these all affect my mental illness. Then above any single institution, metaphysical social forces like climate change, Covid or housing stress also take their toll. Living with mental illness is not just personal – it has public dimensions.

The public dimension of mental illness is the elephant in the room of our current mental health debate. As important as it is for us to have better access to emergency mental health care, there is something futile in mental health policy that only focuses on making more crisis services available while doing nothing about the toxic cultures at work and other places that are pushing people to seek those services in the first place.

Mental health policy needs to walk and chew its meds at the same time. While we work to improve the medical services we have, we need to start a much bigger conversation that takes aim at the workplaces, schools and other institutions that are contributing to our collective mental illness crisis.

How the hell do we do that? It is going to require new conversations everywhere about mental illness. Take work – instead of employers thinking that the best approach is about mental illness crisis training (where staff are trained to manage individuals who have a crisis) workplace leaders could begin a conversation amongst their workforce about how they can work together to improve the culture at work so their workplace doesn’t drive them crazy in the first place.

And this is where a public dimensions approach to mental illness becomes revolutionary. Because who would be better qualified to share their experience and insight about mental health culture than those who work, learn and live with a mental illness. Instead of seeing people with a mental illness as helpless – we are the very people that everyone needs to listen to if we are to heal the toxic cultures that are creating the crisis in the first place.

What a crazy idea.