National
The Prime Minister no longer has any legitimacy
March 3, 2021 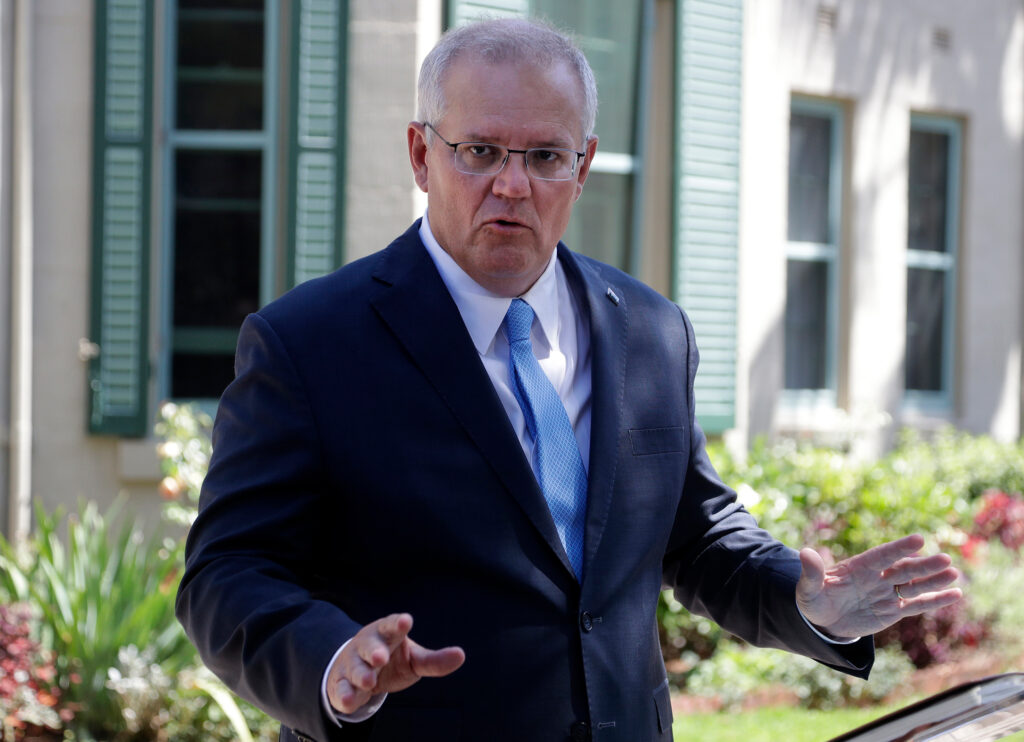 I have spent the last two weeks fluctuating between white hot rage and abject despair.  Every time I think it can’t get any worse it does.

In case you have not been paying attention our Prime Minister is an arrogant, lazy, cruel, duplicitous, bullish, sly, secretive, entitled, egotistical, authoritarian, misogynistic, privileged gaslighter.

He loves a camera but hates a question, will pull out the daggy dad card without compunction and has mastered the ability to answer questions with waffling pious deflection.  He’s somehow sheltered by a compliant news board that drip feeds constant scandal and ineptitude with a deft hand that barely contains the thin veneer of competence Mr Morrison likes to think he exudes.

He’s managed to disband democracy during a worldwide pandemic, outsourced our economic recovery to a secretive unaccountable board, thinks “I move the member no longer be heard” is a joke and believes Freedom of Information laws are designed to protect his arse.

His value statements have no bearing on his actions and are in direct contradiction to his Governmental policies.  He’s perfected vote bribery and has no problems telling us inexcusable behaviour is a brief aberration that can happen when good men work in a stressful high-pressure job.  Personally I am sick of hearing how hard this job is.  Try being a single mother on minimum wage with no qualification trapped in a job with an abusive culture in a country with a high unemployment rate.  All I can say is if you can’t do the job in a professional respectful manner, quite frankly, you can fuck off.

This past month Mr Morrison has not only shown his true nature, he has surpassed the bounds of decency, displaying breathtakingly inhuman disregard for victims of these sexual assault allegations.

This is a man that decided to release the crucial Royal Commission report into our deplorable aged care system (a system that ironically facilitates approximately 50 sexual assaults each week) to an unprepared media as a deflection strategy.  When finally questioned about this latest assault allegation he made no reference to the victim and emphatically recited the accused’s statement of innocence.  He couldn’t even be bothered reading the letter outlining what (allegedly) happened preferring to be “briefed”.  This is a far cry from his stance on 3rd May 2019 where he found political advantage emphatically stating he believes women.

Mr Morrison’s astoundingly arrogant handling of these allegations is so contradictory the only thing it shows is an unimaginable level of contempt for voters.

Does he seriously think we believe he didn’t know anything?  In an environment where knowledge is power, the fact that he claims he wasn’t informed of a security breach in the DEFENCE Ministers office, let alone an accusation of rape 50 metres from his suite, defies logic.

His lack of curiosity regarding disturbing rumours about a minister not only shows an appalling absence of decency, it is a clear dereliction of duty, considering these rumours could be used to blackmail an individual with enormous power; a clear national security threat.

Of course, a more simple explanation is that he’s just lying about it.

Is he devoid of humanity, a liar, or completely incompetent?  Which is it?

It can only be one of the above.

Mr Morrison has now deployed his infamous “I don’t hold a hose” strategy.  Rebranded “it’s a matter for law enforcement” he duplicitly advanced his position knowing the AFP’s own website states they don’t investigate rape allegations and the NSW police stopped investigating this latest accusation when the victim died.  Does he seriously think his words hold such weight, his reputation so pure, no-one would fact check him?  Is he so caught up in his own demagoguery he believes he is untouchable?

Mr Morrison has not only failed to ensure justice is seen to be done, he has completely side stepped any justice for these women and all the women of Australia.

The fact that these crimes were committed is bad enough, subsequent management of these allegations will have shockingly dangerous consequences.

The coalition has crossed a line.  Day after day I’ve read 100’s of twitter posts.  The outrage is palpable.  The comments are personal.  The anger is not going away.  Each disingenuous statement is throwing gas on the fire, enraging and enraged citizenry.

Australia is now at a precipice.  We not only have a leadership crisis, we have a basic human decency crisis.

We need to decide if we are a country that will normalise sexual assault.  Because if we don’t make a stand now, if we don’t fight until we win this fight that is exactly what we will have done.