National
The sexual assault conviction rate is 0.73%. According to Scott Morrison, that ‘stands up’
March 7, 2021 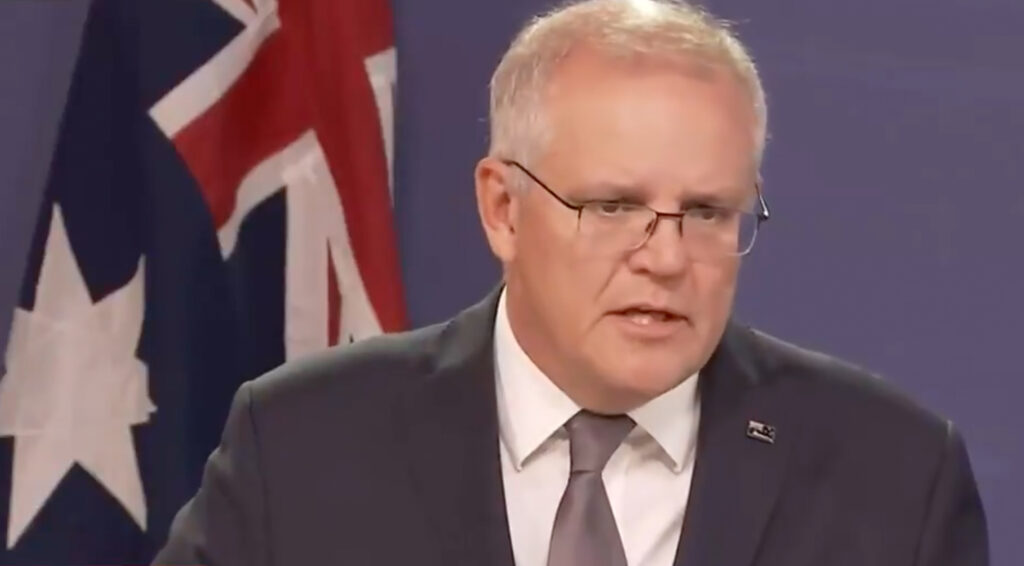 A score of 0.73% is not good on any level.  It’s not even good on a blood alcohol test.  Maybe cholestoral but who gives a fuck about that right now.

I’m too busy wondering how the hell am am I supposed to live in a country where my Prime Minister blithely tells the nation a sexual assault conviction rate of 0.73% “stands up”?   And anyway, I don’t hold a hose, that’s a job for the states.

Scott Morrison asked about the rule of law and why so many sexual assault cases fail to ever reach a conviction. #auspol pic.twitter.com/iINW2nAISd

On 16th February I was so filled with fury for Ms Brittany Higgins I could not see straight.  I screamed at my friends, I went for a swim, I drank and eventually I sat down and started writing.  In my rage I ignorantly reach out to The Shot and asked if they wanted a furious feminist take on the previous 24 hours.  They said yes.  Multiple articles later I am shaking my head wondering how this all happened.

I’m also wondering how a man with infinite access to knowledge, power and educated advice could possibly think the words coming out of his mouth are in any way, shape or form acceptable.  Is he being deliberately obtuse?

Make no mistake.  If you feel like Mr Morrion’s response to sexual assault allegations has been a little bit off you are not wrong.  Those of us familiar with the dynamics of assault and abuse are horrified.  Perpetrators and would be perpetrators are rubbing their hands in glee.

From the get go, this Government’s response has been designed to reassure men.  The Government wants them to know they are not the problem.  That a small handful of predators are an aberration, and, well, stuff happens doesn’t it? It’s part of life.  Let’s not blow it out of proportion.  We can’t turn the world up-side-down just because.

Just because what?  Well, I can’t specifically tell you.  Australia doesn’t have a comprehensive uniform national methodology that collects sexual assault data.  Navigating available information is a minefield.  I’m sure people smarter than me can figure it out, but I’m too depressed to ask for help.

I will tell you, according to the last ABS Personal Safety Survey data:

According to The Age’s analytics of reported sexual assault outcomes in NSW from 2009-2018 combined with ABS data the following picture emerges for crimes that are reported. 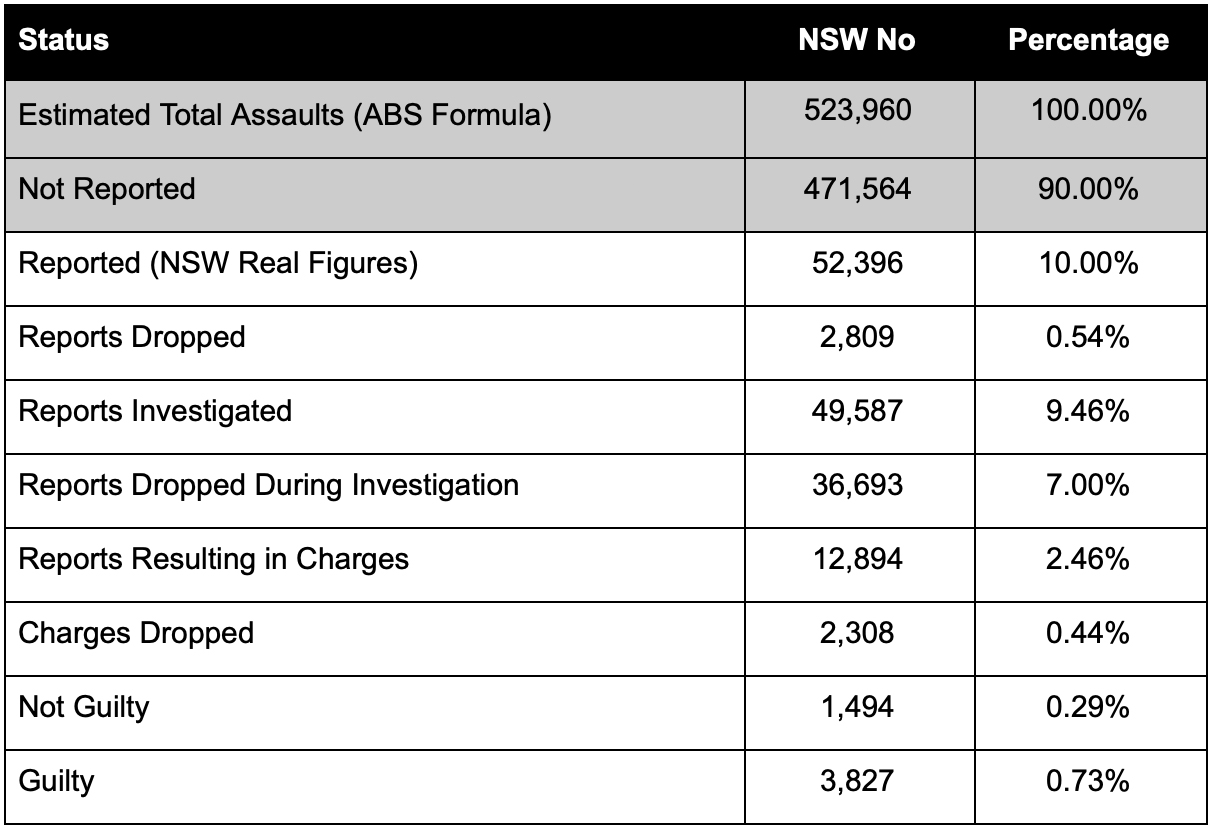 Don’t bother trying to reconcile these stats to the population of NSW vis-a-vis the ABS survey (shaded) – it doesn’t stack up.  Considering I don’t have one female friend that hasn’t been sexually assaulted and none of them have filed a police report, I have little faith we’ve any idea what’s really happening.  But this is what we have to work with and it gives you some idea of the problem.  You can decide if that problem is my math or the Governments inability to implement a system that collects data we can confidently report.  Anyway, does it really matter?  I could better Frydenberg’s questionable numeric talents and it would still be dismal.

If we look at the ABS Criminal Court Data the picture gets even better.  Applying their percentage rates against real NSW data exposes the following.  Of the 3,827 found guilty 2,181 (57%) are institutionalised and 95 (5.8%) of those in custody are sentenced for more than 10 years.

So what are we left with?

0.02% of sexual offenders are imprisoned for more than 10 years.

How good is Australia!

Imagine you are a sexual preditor and the leader of your country told you he thinks we stack up pretty well criminalising sexual assault, considering.

Now imagine you are a woman.

Not days ago Grace Tame gave a speech to the National Press Club.  She highlighted the complexity of sexual assault.  She touched on the danger points.  This is not unknown.

It is beyond comprehension we have a leader that, with the smallest veneer of plausible deniability, tacitly condones sexual assault.  I’m struggling to wrap my head around that fact.

But here we are.

I need a drink!