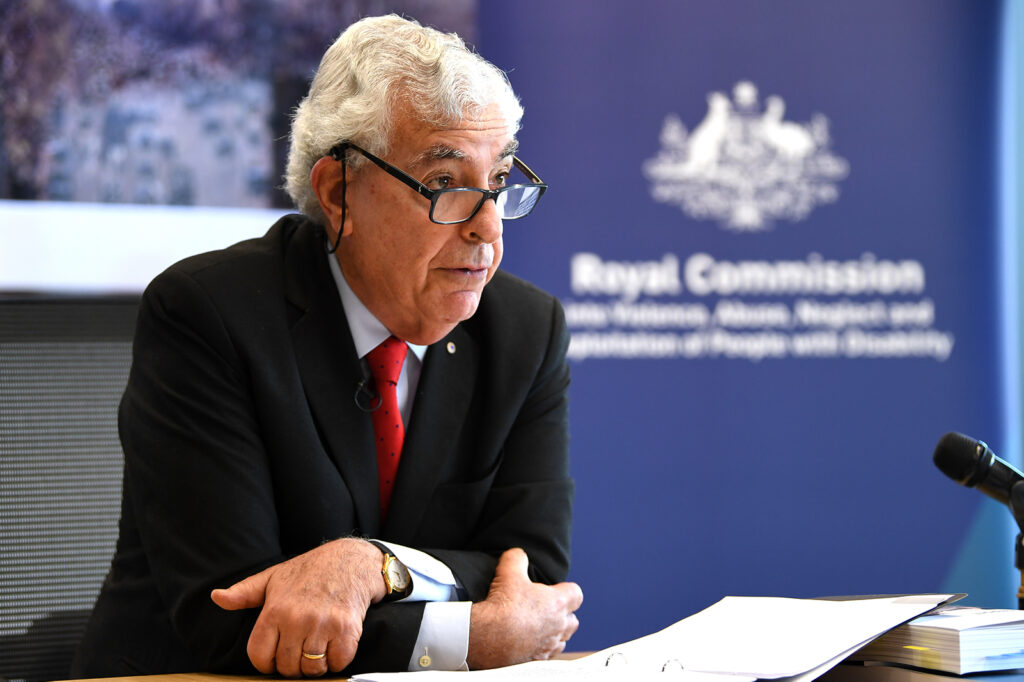 You’d be forgiven for not noticing, with everything else going on, but this week it was revealed that only 22.5% of witnesses at the Royal Commission into Violence, Abuse, Neglect and Exploitation of People have had a disability.

As a disabled person, I was initially excited to see the Australian government finally take the issue of abuse and neglect of disabled people seriously when they announced the commission.

According to the ABS, disabled people are twice as likely to be victims of violence compared to non-disabled people. It is a serious issue in this country and not only was it finally going to be discussed, but the government also actually wanted to hear from disabled community talking about our issues.

In this country, people tend to talk on behalf of disabled people, rather than let us talk for ourselves. This is ableism at its worst, but we can’t solve it because we aren’t the ones talking about it! It’s a veritable circle of patronisation.

The disabled community has a phrase we like to use when talking about media discussions surrounding disabilities, “Nothing about us without us.”

But it seems we need to start applying that rule to Royal Commissions too.

The witnesses for the Commission are chosen by Chair, the Honourable and not disabled Ronald Sackville. When asked by SBS about the fact that only 22.5% of witnesses were disabled, he denied that it meant disabled people were underrepresented at our own commission. “The Royal Commission is required to explore how systemic issues develop and what the solutions to them might be,” he said. “This means that evidence must be sought from a variety of witnesses.”

Sackville wants to hear from carers, managers, family members and ‘representatives’, who currently have power over disabled people. In other words, the most common abusers of disabled people.

That those with power over disabled people are the most common abusers has been known for decades and is why experts suggest going directly to the disabled community. Talk to us directly, rather than the people ‘representing’ disabled people, and you get very, very different results.

Of course, disability groups aren’t demanding 100% of witnesses be disabled. But they are saying we should at least be the majority. Obviously, there are experts who can give insight who are not disabled, but that shouldn’t mean the firsthand experience of potential victims is not immensely important.

All you have to do is look to the Aged Care Royal Commission for an example of how prevalent the issue is.

And we aren’t just underrepresented by the witnesses. Of the seven commissioners only two have a disability. What the actual fuck?

The Royal Commission was supposed to be the first time disabled voices in the country have had a chance to be heard. Instead, it’s yet another example of able-bodied people talking on our behalf.

One in five Australians has a disability, but apparently, it’s asking too much for them to get a voice in this country.

Of course, the blame runs to the very top. The total clusterfuck that is currently trading as the Morrison Government was always going to shit the bed on this one. Disabled people aren’t Rupert Murdoch, they aren’t a boy’s club, or a mining company hell bent on destroying the planet, so the government was never going to try too hard to make it work.

It was poorly designed and the government is only getting around to fixing some of the issues now, just as it’s almost done.

Over a year ago, the Chair of the Commission called for changes that would grant abuse victims anonymity and offer assistance to people who wanted to come forward but couldn’t. Such measures are not uncommon for inquiries into abuse.

It was a very needed step, especially for disabled victims who rely on their abusers to get their basic needs to survive.

Bipartisan support for the recommendation was immediate, meaning all the minister in charge had to do was put forward and implement the bill. According to Labor, it would have taken just 48 hours to implement the proposed change. That was over a year ago, yet it still hasn’t happened.

Which minister couldn’t be bothered to introduce the change to help victims get help they desperately need? Well, that would be Attorney-General Christian Porter. I know it’s shocking right? He has such a flawless reputation.

Since taking stress leave, someone else finally did his job for Porter. But because the bill wasn’t about helping out family or mates, the Morrison government has screwed it up.

The proposal they put forward late this week is not the same one that they said they would put forward a year ago. As a consequence, it now needs to be debated and examined once parliament comes back.

One thing they did debate last week was a proposal by the opposition to extend the commission so that victims have a proper chance to come forward. That was rejected by the government point blank.

Of course, the way that the government can get away with this neglect is unsurprising. Who is holding them to account? Not the media.

This important story doesn’t fit into that narrative and in frustratingly predictable fashion it has gotten very little coverage.

Disabled people don’t exist for your inspiration, such depictions are demeaning and spread false expectations of disabled people.

So if there are any journalists or editors reading this: hi, how’s it going? I know, you are thinking ‘wow disabled person managed to come up with opinions all on his own, how inspirational’.

But it would be great if instead of being inspired by me, you could instead, just for a moment, focus on the rampart abuse of disabled people, and push for action by those in power. Is that too much to ask?

Throughout this whole process one thing is clear, the disabled community needs allies to help amplify our voices because the government and the media sure as hell won’t.