Opinion
How the hell is Angus Taylor still a thing?
September 7, 2021 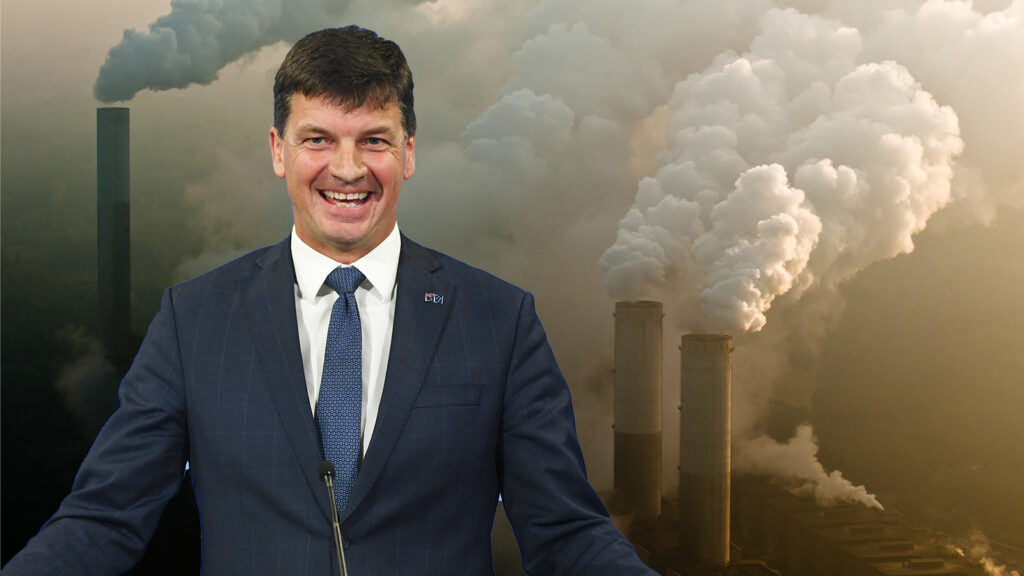 Angus Taylor is a conservative politician from central casting. He looks the part – one of the perennial private school boys that so densely populate Coalition frontbenches, identikit dolls with swept hair and white teeth, moleskins and chambray shirts, with bonus Akubras, hi-vis, and washable coal dust (stay at home first wives extra). He acts the part too, a walking Venn Diagram intersection of fossil fuel fervour and cash for the boys.

It is thus no surprise that young Angus is back in the press with not one but two different ways to deliver our money to fossil fuel companies with maximum efficiency, a throwback to his heady days of “gate” suffix headlines and Twitter self-owns.

Remember fracking? The practice of extracting gas by shattering the ground beneath our feet, which poisons water supplies, destroys landscapes, risks earth tremors and creates a swill of toxic wastewater? Despite the objections of the traditional owners and the billions of tonnes of carbon emissions it will generate, the Government is so committed to fracking the Beetaloo Basin they’ve created a $50m grant program that hands money to energy companies to get things underway.

But Angus, not satisfied with merely destroying the Basin, found a way to subvert the already rigged guidelines so half the money could go directly to Empire Energy, a company with, you’ll never guess, significant ties to the Liberal Party at the highest levels.  Quelle surprise!

Last December, Angus joined all sorts of interconnected Liberal Ministers and Empire Energy types as they cosied up on a joyride through the region on a small charter plane, after which Empire liaised regularly with Angus’s office about the money transfer program before anyone else knew of its existence. It launched in March and events unfolded efficiently and before you could say “small c corruption”, Empire was pledged $21m of taxpayers’ money.

Enriching energy companies at the expense of everyone else also features in the CoalKeeper program Angus was promoting at the end of August. His new genius plan costs far more than the Carbon Pollution Reduction Scheme ever did but instead of polluters paying, you guessed it, it’s the taxpayer footing the bill as more money flows to fossil fuel producers, this time to keep uncommercial coal and gas-fired power plants open, even if the electricity they produce isn’t used, because we need them on standby in case renewables fail, just as they haven’t elsewhere.  But, you know, what price energy security? (Around $2.9 – $6.9 billion annually, actually).

With policies like this, it’s unsurprising that what was previously the COAG Energy Ministers meeting has been renamed “Energy National Cabinet Reform Committee” and squirrelled away behind the secrecy provisions of the hastily drafted legislation exempting National Cabinet and its committees from the transparency measures to which they would otherwise be subject after Rex Patrick’s successful AAT action confirmed that “National Cabinet” is no such thing.

The most infamous of Angus’s scandals is Watergate, which puts amateur grifts of extra travel allowance and unfeasible internet bills to shame.  Watergate is the perplexing story of Eastern Australia Irrigation (EAI), a company co-founded by Angus and on whose board he served until he entered Parliament in 2013. EAI booked $52m in profits from its 100% owned subsidiary, Eastern Australia Agriculture (EAA) – which Angus also helped set up, and for which he served as director and paid consultant – after EAA was paid $79m in a tender-free transaction for jaw-droppingly overvalued, and what turned out to be non-existent, floodwater following an unsolicited approach in 2017 from Barnaby Joyce via his department.   With its headquarters registered in the Cayman Islands, the ownership of EAI remains unknown, beyond the fact the largest stake is held by Angus’s Oxford rowing buddy, and Angus’s assertion that he absolutely definitely has nothing to do with it anymore.

Perhaps Angus’s meticulously worded statement that he is not directly connected to EAI is technically true.   I’m not saying there’s a tawdry deal on something akin to the tatty piece of paper in Ian McLachlan’s wallet or Frank Houston’s soiled McDonald’s serviette stashed somewhere far from view alongside the ABC’s Defence in Christian Porter’s discontinued defamation case, and nor am I saying the careful ownership structure hidden in the Cayman Islands necessarily means EAI’s Barnaby-induced luck is now or ever will be shared with anyone in Angus’s inner circle.

But it’s all a bit odd that Angus worked so diligently for six years for no remuneration for a company that went on to make millions for selling taxpayers a whole lot of nothing.   Maybe he’s happy just to enrich his friends, but as our next scandal shows, men like Angus work hardest when they’re working for themselves.

As his old company enjoyed inexplicable largesse, Angus was energetically pursuing the interests of another company in which he has a belatedly declared financial interest. He initially kept secret his stake in the appropriately named Jam Land, as he sought to get legislation amended so the declared owner, his brother, would escape penalties for illegally clearing protected grasslands, and be allowed to clear more in the future. At Angus’s insistent prodding, then Environment Minister Joshie Frydenberg expended much effort on Angus’s behalf – commissioned reviews, organised briefings and let Angus sit in on meetings – something the public servants in attendance, knowing they were discussing a property owned by the Minister’s bro, if not, at the time, that it was also part-owned by the Minister himself via another one of those careful company structures, noted uncomfortably in their minutes. 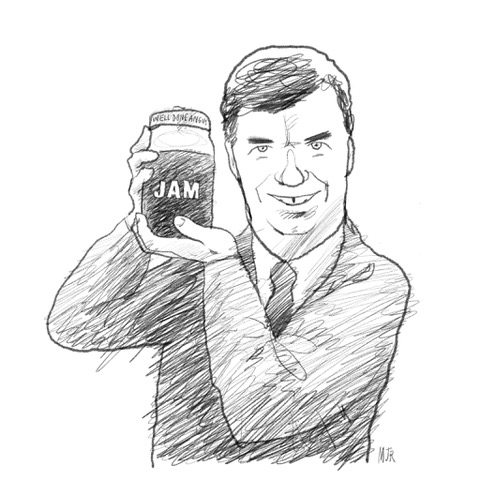 When the Guardian unearthed Angus’s financial stake in Jam Land and queried his presence at meetings unconnected to his portfolio but very much connected to his own private interests, Angus shrugged and muttered about concerns of a constituent, a mysterious farmer from Yass.  It’s not Angus’s fault if his financial interests align with vague issues imparted via hearsay from Yass – he’s just doing his job!

Angus’s ridiculous stoush with Clover Moore warrants a mention mainly because of its impressive ineptitude – a fuck-up that saw him use wildly inflated numbers to accuse the Lord Mayor of climate hypocrisy for her commitment to net zero emissions via a personal letter and Daily Telegraph drop (in reverse order, natch).   “You spend so much on international travel”, he crowed, not noticing the figure allegedly expended by Clover, derived by his office from sources still unknown, would have required every Council employee to be on extravagant global travels all year. The AFP were called in to investigate, but it turned out to be one of their  more Gaetjensian efforts, and they closed the investigation after a brief squint at the metadata without talking to anyone involved.

Travelgate is worth noting too because the way Angus dealt with the fallout of forged annual reports, mysterious sources and Mayoral outrage is emblematic of his approach to all the scandals above. Do an interview in which you stonewall with emphatic vagueness, then adopt a tone of aggrieved insouciance in all subsequent interviews as you assert that you dealt with the issue in your first interview. His boss follows suit. When Scott is asked about any of the many and various Angus-related matters of concern, he too states baldly that Angus has dealt with the issue, when he never has.

Angus hasn’t explained why Empire Energy was given the inside running on the antediluvian Beetaloo grant scheme. Beyond Angus’s rowing mate, we don’t know who reaped the riches from EAI’s windfall, but we do know the taxpayer lost out big time. The only explanation given for Angus’s lobbying for his family company under prosecution is a, let’s say it, non-existent farmer from Yass. Despite what seems at best consistently dissembling and at worst deeply dishonest behaviour (a description humbly offered as an honestly held opinion), Angus continues to stride the national stage with unchecked confidence, fixed smile and dead eyes, the living embodiment of the death of accountability in this Government.

For his colleagues, I’m sure he’s quite the inspiration.  The rest of us can’t fathom how Angus Taylor is still a thing.