Opinion
The Nationals are just a bunch of denim-clad coal fondlers pretending to be farmers
November 2, 2021 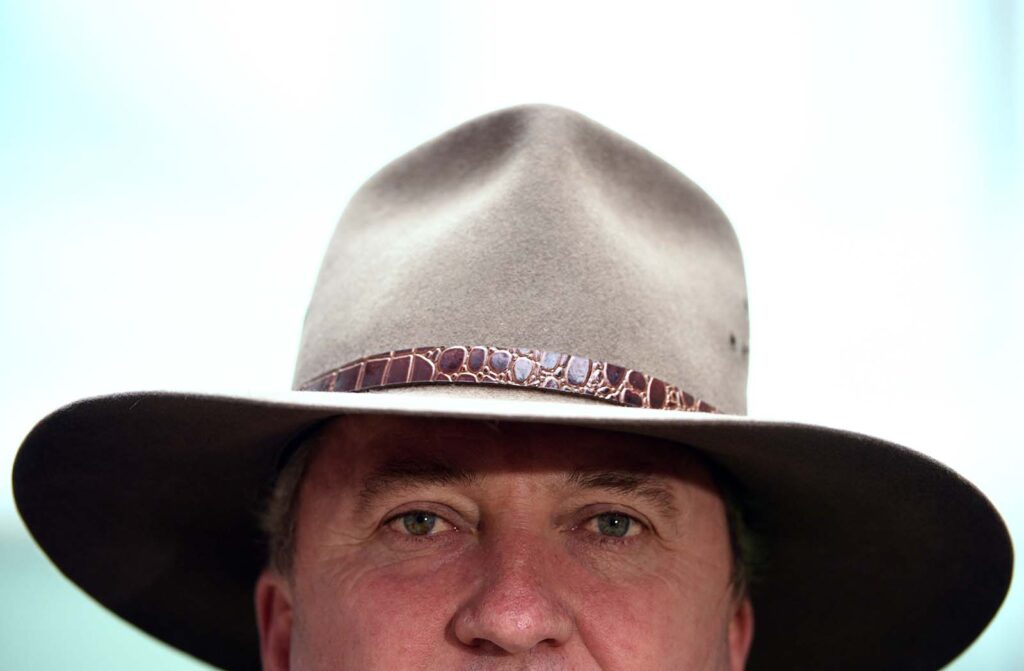 After six years of doing stuff-all about carbon emissions, the Nationals came together last week to announce a bold new deal with the Liberals to do stuff-all for a bit longer.

Well not quite stuff-all, given that Australia signed the Paris Agreement in 2015 and committed to an emissions reduction target of 26-28% by 2030. In fact, the Nationals have managed to agree to an agreement that’s already been agreed to by agreeing to go 20 years past the agreed date of the original agreement which is quite an achievement for a party that’s held Australia’s future to ransom over four or five regional seats in Queensland.

The idea this month was that the Nationals, like the misfit outlaws they imagine themselves to be, would draw their guns and hold the Liberal party hostage until Scott Morrison and his posse of enablers agreed to the National’s demands in the climate poker game they call Net-zero By 2050 – a stark reminder that the Nationals make everything they’re involved in a race to the bottom.

The National’s demands however, seemed to consist largely of putting Keith I’m-Not-Allowed-To-Say-Battery Pitt back into the Resources Minister’s chair for him to oversee the pillaging of Australia’s resources for the benefit of the National’s fossil fuel and water owner overlords and demanding more money for something called The Regions. By week’s end, the National’s loud and sudden interest in the Regions, oh the Regions – a code word for their mining donors – was starting to sound like a sweaty teenage boy in the middle of the night.

How did we get to a position where a group of denim-clad coal fondlers are determining Australia’s liveable future, you ask? Unfortunately, most Australians aren’t asking that at all.

From the amount of media and public attention the Nationals garnered this month, even the most disinterested observer would have thought the Nationals were a force to be reckoned with; a blundering behemoth of global politics.

The reality is the Nationals only represent three states in the House of Reps; Qld, NSW and Vic and have five representatives in the Senate. Matty & someone else – Qld, Bridgey – Vic, another someone else – NSW, and a lonely senator from the NT who believes that “sunspots” are causing all those nasty climate problems. Of course, it’s just a coincidence too that the states of Qld, NSW and Vic also contain the most coal mines and corporate irrigators.

With just 13.5% of the Australian vote, this small party of malcontents and Parliamentary courtyard marchers have gripped Australia’s climate policy by the short and curlies for the last eight years, obscuring any move to reduce carbon emissions by smearing themselves with the false imagery that they’re somehow the champions of The Bush, which is really just The Regions again, but with far more undergrowth.

I am from the National’s regions dear reader, (a phrase I typed wearing rubber gloves) and despite Barnaby earnestly flinging hay at cattle and his own face in online videos, the Nationals are no longer a party that represent farmers.

ABS statistics show family farms are decreasing in numbers as corporate farms are increasing in size. Rural electorates are now made up of smaller cities, towns, telecommuters and complex industries, with health and education the major employers in Barnaby Joyce’s electorate of New England.

The idea in 2021 that the Nationals are the champions of the farmers is as accurate as the idea Scott Morrison actually had anything inside his blue covered, “Australian Way”, pamphlet of doom he waved about at last week’s presser.

The Nationals bring ruling power to a Liberal party – who at 44 Liberal seats to 68 Labor seats at the 2019 election – could never maintain an election in their own right. It’s a marriage of convenience, not the least of which is saving the besuited Liberals from ever having to get in a car and drive to bumfucknowhere to discuss politics in a pub with people who don’t wash their cars.

Let the Nationals con the locals into thinking they’re looking after The Regions and the Liberals can focus on Facebook franking credit memes and avoiding an ICAC.The truth is the Nationals are a small, dysfunctional, barely representative political party that has held a knife to the throat of, not just the Australian population, but by default, the world.

Dragging ourselves to the COP26 table in Glasgow like a truant child who’s copied their own homework and won’t let you see it anyway, Australia will now embarrassingly be presenting to the world the same carbon reduction plan we’ve had since 2015 – thanks to the Nationals.

As Climate 200’s founder Simon Holmes a Court said this month, “That’s like a child in grade six back in 2015 now coming into year 12 and presenting their teachers with the same schoolwork they wrote back in primary school. None of it is acceptable anymore.”

Increasingly fighting for the political red-neck space with Clive Palmer’s text-spam party, Pauline Hanson’s racists-first party and the shooting-fishing-and-ute-tooting party, the National’s net-zero climate deal (the one nobody has seen) with the Liberals was as much about them pretending not to cave and commit culturicide in front of the voting base they’ve been telling for the last eight years, “climate change does not exist” as it was a last grab for their own political relevance.

And with a 2019 ANU post-election study indicating those under-35 increasingly vote for the Greens and/or Independents, you should grab those goodies off the table while you can Nats babies. It’s the last call for drinks at the pub, and it’s closing. The future is coming fast and it’s planning on making you irrelevant, banishing you deep into the bush you so revere. A place where finally – no one can hear you scream.