Politics
How do you eat an elephant? One bite at a time. We need to do the same thing with climate change
July 26, 2021 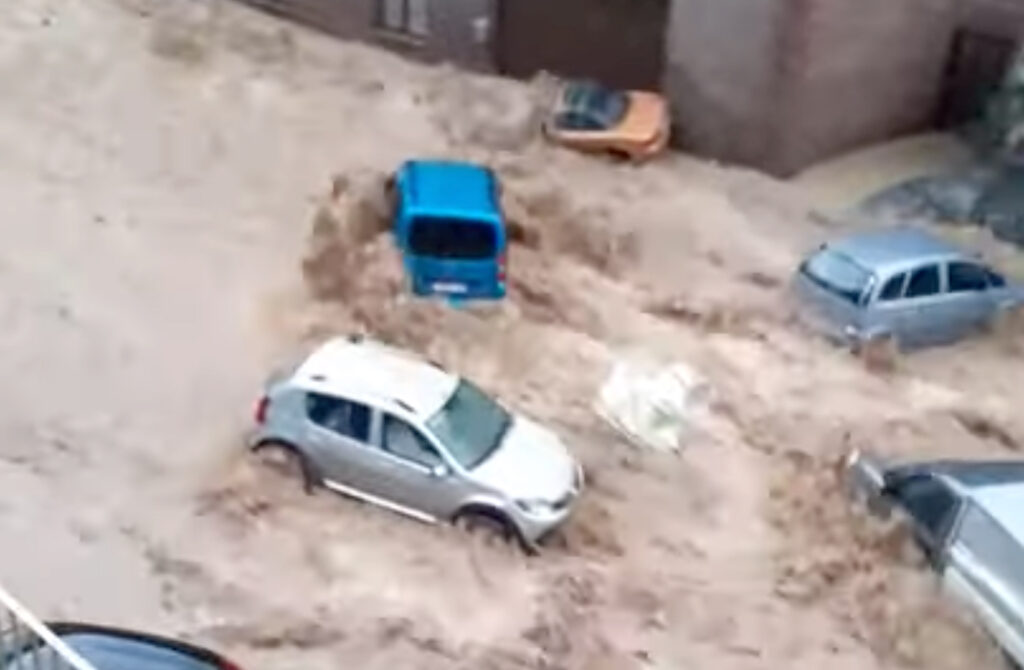 In the past month, 210 people in Europe have died in floods. One city in China, Zhengzhou experienced a year’s worth of rain in a day, leaving 51 people dead and over $10 billion worth of damage. In Canada and the United States, a major heatwave is burning through all worst-case predictions for climate upheaval. Over in Russia, Siberia – the coldest harshest gulag just a few decades ago – is burning. Literally. Authorities in Yakutia in Russia’s far east have started seeding clouds with silver iodide in an attempt to put out the fires with artificial rain.

A few weeks ago, the actual fucking ocean in the Gulf of Mexico caught on fire.

Yep it’s that time again, when climate change ravages half the planet. ‘That time’ of course being the last 25 years.

The world is falling apart ‘again’, as if it ever wasn’t. People are dying now from this issue as if that’s anything new. Yet nothing enough ever gets done. It would seem.

Sure, we’ve got announcements. Some world leaders, notably the UN Secretary General Antonia Guterres and some European leaders such as Angela Merkel, genuinely want to start actually doing stuff, but the inertia of late capitalist billionaire astronaut psychopaths means the most any world leader can achieve are goals for far off dates. Meanwhile, the oceans literally burn.

I don’t really understand a lot of the scientific modelling that goes behind climate change, but I understand enough to understand that we’re essentially fucked. I also know that I don’t have the time or energy to do something big about it because I have a life and a job, there’s a pandemic and also the rest of the world’s news is a shitstorm.

So I am stuck here trying to care by drinking a smoothie using a straw made out of fucking paper because apparently scientists were like ‘we need to not use plastic’ and decided instead to make it out of a material that is famously shit at holding liquid and couldn’t be fucking bothered to actually come up with a better one since reusable straws are also terrible for the environment apparently.

How many fucking paper straws will it take to offset the carbon pollution of big coal and gas? I assume it’s quite a few.

Of course, Mr War on Waste himself, Craig Reucassel drinks from paper straws, but he’s now started publicly acknowledging that it’s not the main game. Instead, Reucassel has a different theory about what will allow people to become motivated enough to effect change.

Speaking recently on the ChangeMaker’s podcast, Reucassel said that people need more than a montage of doom and fear to motivate them to make a difference on climate change. He is all for breaking it down – showing how big things can only change through a million small steps.

In other words, to borrow a term from Silicon Valley, people need to think in terms of how it’s possible to scale their actions. The right specific local action can help generate a domino of change that spreads much wider. In fact, given that the world leaders are up to the task, it’s the ONLY way it’s going to happen.

Of course, not all actions are created equal. Climate change is only stopped by dealing with the elephant in the room – coal. It is the CO2 megaship and all the keep-cups in the world won’t stop us using it. Reucassel argues that domino action is needed to get there.

They follow the polls, sure, but the most successful politicians are good at reading the wind. If a lot of people start to do something about carbon then these changes can then flow up to the top. Lobbyists have known this for years. That’s why even the merest hint of dissent against polluting industries is treated as a catastrophic, existential threat to them. They know that if too many people whisper too loudly about their climate damage, it’s game over.

In the Northern Rivers of NSW, the Lock the Gate movement managed to keep the powerful fracking industry out of its fields by the simple method of locking gates and standing in front of them (oh, and a little direct action too). The fossil fuel industry behaved like it was the end of the world. But fracking remains banned to this day in the Northern Rivers. Local, consequential change on carbon is not impossible.

We need to stop pretending that the only changes are big and therefore essentially impossible. Climate change has to be broken down. As one deeply non vegan fucker once said – “how do you eat an elephant? One bite at a time.”

We need to know the small changes that actually make a difference – even Mr War on Waste himself acknowledges nowadays that the fight is less about paper straws and more about carbon footprint. And then we need to make a meal of all that carbon everywhere. Maybe then, we get our planet back.

(This article was produced in collaboration with the ChangeMakers podcast – you can listen to the episode in conversation with Craig Reucassel here).