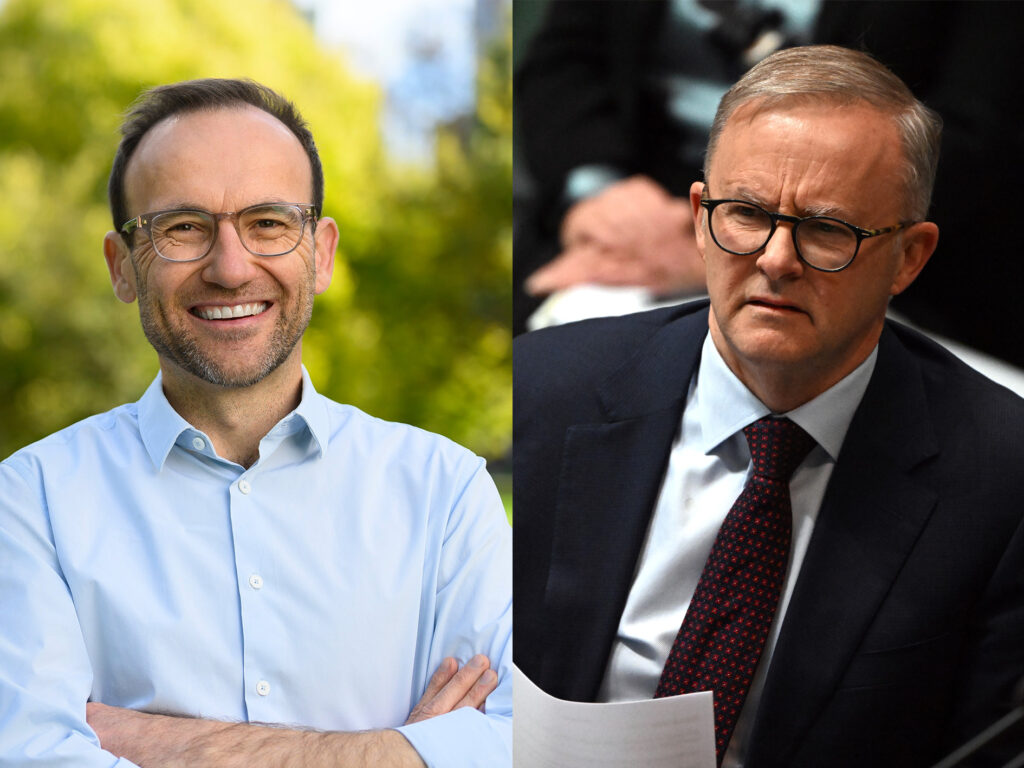 Well, that concludes the first week of parliament. It was the first time in nine years that bad faith arguments, infuriating distractions, corrupt foul-play and sexual gratification at the hands of office furniture haven’t been the main the guiding principle in the running of the country.

Let’s all take a moment to smile at that achievement.

There’s so much work to do. And plenty of great stuff straight out of the gate. Legislation to abolish the cruel, corrupt and racist Indue card, the defunding of the ABCC – a government funded union-bashing cop shop – and a solid (if hopelessly inadequate) goal to cut carbon emissions. There was even an acknowledgement that people lived on the country on which Parliament House is built for a long, long time before any of the Johnny-come-lately whities rocked up. (An acknowledgement shocking only in that the Senate hadn’t already been doing that. It’s 2022. Where are its manners?)

But a decade of sawdust is hard to sweep away in a moment.

It feels like Labor and the Greens need a gentle reminder that governing need not be the game that it’s been. Politics needn’t be done in bad faith.

If you’ve been pulling your hair out this week over the standoff between the Greens and Labor over the climate bill, you’re not alone.

From Labor’s perspective, climate is important, but so is trust, and they believe the best way to maintain trust with the electorate is to stick to their completely inadequate promise that they took to the election. A promise carefully calibrated, not to the exigencies of the climate emergency facing planet earth, but to offend the fewest number of people in the optimum number of key marginal seats.

Surely if the Labor government took its plan for a climate apocalypse to the election, and the population endorsed their plan for a climate apocalypse, then they have a mandate to enshrine that apocalypse in legislation? To do otherwise risks giving something for the Murdoch media to start hitting Labor with. Better to get some runs on the board before you start kicking a bunch of own-goals. That’s Labor’s thinking, anyway.

The Greens, of course, see it differently. They point to the slim majority Labor enjoys in the lower house as proof that Labor’s mandate to destroy the planet in a fiery ball of climate collapse is weak. That a more ambitious, less apocalyptic goal that takes into account the Greens’ and Teals’ position, is a reasonable compromise. And in particular, a new idea, not mentioned in the bill: a ban on new coal and gas projects in Australia.

And it is this demand where the game begins. During the week, Anthony Albanese said that halting all new fossil fuel projects in Australia would have a “devastating impact on the Australian economy”.

The unspoken bit was that banning new coal and gas projects would have a devastating impact on the trust that Albanese feels he holds with those voters who, having spent the past decade being told by the Murdoch press that Labor are just economy-ruining wreckers who will jump in bed with the Greens the moment they get into power, think that Labor will just jump into bed with the Greens and ruin the economy the moment they get into power.

That’s why many Labor MPs are keen to go to the wall on the Greens’ demand. In some ways, the game of being able to define themselves as “not the Greens” is too tempting to pass up.

This is appalling. Of all the reasons to not ban new fossil fuel projects, it is a truly terrible reason. A lack-of-virtue signal to make Sky News viewers feel a little safer at night. But it’s this type of game that got Albanese elected and has allowed him to whip the new Labor caucus tightly around treading carefully, cautiously and catastrophically slowly on climate.

But at the end of the day, the legislative tactics Labor is engaging in treats the whole thing as a game. But here’s the massive rub: the Greens have also been playing their own games.

Adam Bandt has indicated that he may well support the amended bill, even without an outright ban on new fossil fuel projects in Australia. But in the process, he’s created a problem for the Greens. By pushing for something that Labor was never going to accept in order to create a point of difference between the Greens and Labor, he’s wedged himself. Having wished upon the bill stuff that was never on the table, he’ll look like a sell out supporting the bill, even though the bill is actually better than nothing.

A decade of sawdust.

As the sawdust clears, it’s clear that both Labor and the Greens are still spitting it out of their mouths. But they still retain a taste of the bad faith game playing they’ve been force fed. The dance between Labor and Greens this week reeks of the hollow, gamified moronic posturing that defined much of the past nine years.

Labor sees it as an opportunity to define their climate approach as being more moderate and sensible than the Greens. The Greens feel the need to be seen to be “better on climate” than Labor, and therefore are seemingly willing to go to the wall.

Come on, both of you. It’s not a game anymore.

There is a good reason the Coalition were able to treat politics like a game for so long and get away with it. They had the full backing of the vast majority of the commercial news media. Not just News Corp, but Seven (a mining supplies company that happens to own a television station), and Nine (whose political editor is essentially a coal lobbyist dressed up as a reporter).

It is worth taking a moment to smile about the fact that under Lachlan’s new, cretinous leadership, he was able to lose the very first election he ran here. This is the first time in fifty years in Australia that a Murdoch has lost an election.

The newly cowered Murdoch press won’t stay that way for long. But in the meantime there is a real opportunity to strike. We need to move beyond (admittedly very fun) sticker campaigns, and start working out ways to peel back Murdoch’s power and reach. I’m not talking about Royal Commissions, but about the hard work of undermining his core businesses by directly taking him on. Let’s make Murdoch a synonym for “failed heir”.

If we want a parliament that isn’t scared to grow its climate ambitions, we need to start doing work that delivers such a thumping pro-planet mandate at the next election that all bets are off, and there’s no game for Labor to hide behind.

In Queensland, the Greens spent three years organising in their communities, running soup kitchens, providing tangible support, and being available in the community. Talking. Politicising. Building power by making enduring, trusting connections with their fellow neighbours. Their reward was three seats.

We need that kind of commitment across all areas of civil society, not just in a single political party. It is a broad coalition that encompasses anyone who doesn’t want their kids to die prematurely in a fiery ball of hell.

Rather than be bogged down by the games in Canberra, we need to roll up our sleeves and squeeze the last drops of hope out of our souls. In every walk of life, every profession, every community, there are discussions and decisions and organising we must start doing now that will pay enormous dividends in three years time. We need to put in the hard work so that in the next parliament the political calculations around climate targets are radically different.

It’s a big task. A lot of work. But it’s got to happen. Saving the planet is not a game anymore.