World
Police ‘serve and protect’ NY citizens by running them over
June 1, 2020 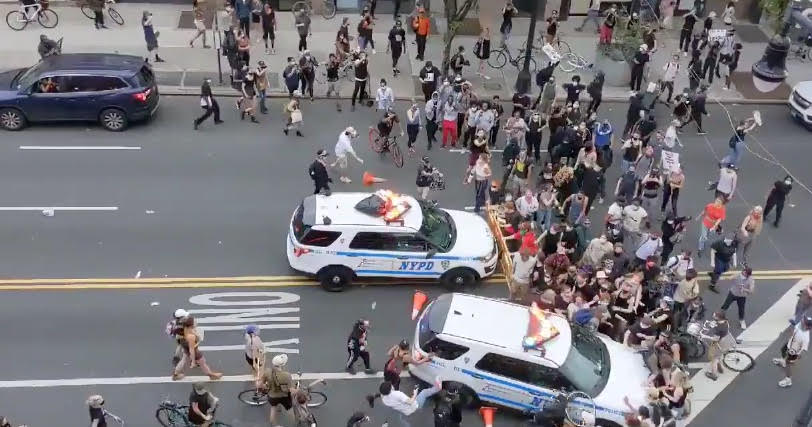 Police cars in New York are emblazoned with the words ‘Protect and Serve’, but the last few days suggest the police have a very different understanding about what those words actually mean.

As protests against police violence and brutality grow in size and number around America following the killing of another black man, police in New York have doubled down with more violence.

On Sunday morning, two NYPD vehicles ploughed through a crowd of protestors. People can be heard screaming and crying out for help.

Eventually the mayor caved to public pressure and called for an investigation into the incident.

The events that took place are, in fact, completely consistent with rulings by the US Supreme Court in recent years, that confirm law enforcement agencies have no duty to protect citizens of the country.

That ruling was summed up by University of Florida Professor Darren Hutchinson, who surmised that “police can watch someone attack you, refuse to intervene and not violate the Constitution.”

Based on recent evidence, it would appear that ‘refusing to intervene’ notion applies to cops watching other cops kill people as well.