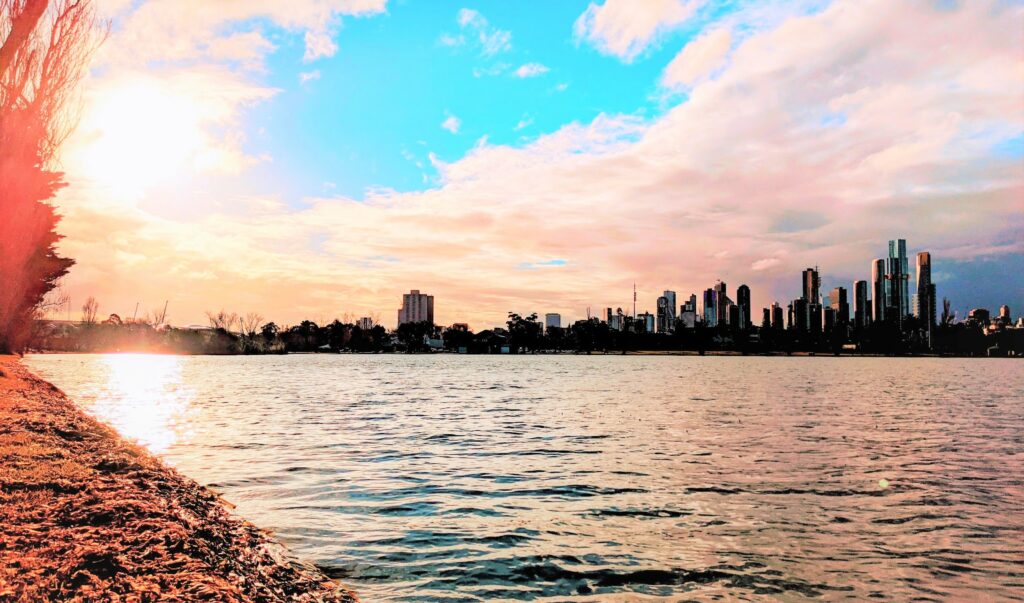 From this distance, none of us can properly comprehend the depth of the wounds gouged into Victorian minds, bodies, and souls over 263 days of hard lockdown, a relentless assault of nothing. Countless lives have been saved by our isolation, by the severed connections and missed moments, by the endless days that evaporate into mist and leave nothing behind.

“Most locked down city in the world” isn’t just a Murdoch headline. It’s a thing that actually happened here, home. A prolonged opportunity to bond with our demons and existential crises. 6.5 million people giving as much as possible, for as long as possible, on behalf of the other 6.499999 million.

To put this as bluntly as possible, these past 20 months have realllllly fucking sucked for lots and lots of people.

Not of the pandemic. Not of the nonsense. But of the need to endure so much, for so long, for so many. The shrunken lives Victorians accepted on behalf of the overwhelming greater good – all of it now more normal than normal – are set to grow again.

Lockdown 6.0 was deranged. The straw, the camel, the back. The isolation, the drudgery, the limbo. It had it all. There was even an earthquake! Nazi anti-vaxxer rallies. And, of course, the ever-present and overwhelming sensation that Australia’s media would prefer to be making out with Sydney in a treehouse, and the related niggling impression that the Morrison Federal Government – technically our Government too, but only technically – fucking hates our guts for some fucking reason.

Just shut the fuck up for half a fucking second and let us have a nice moment without your fucking miserable partisan contributions.

As much as anything else, it’s this partisan deluge that defines Melbourne’s pandemic: a consistent, constant cudgel to already struggling brains.

The context that exonerates me for losing my shit at the Treasurer, a proper shit, is that earlier on this particular day, Premier Daniel Andrews announced the beginning of the end. An epoch shift. An occasion worthy of some quiet contemplation and a hearty “well fucking done” instead of yet more cynical politicking.

Liberal politicians and the media jacking-off in unison to our prolonged pain was maddening this time around – the origins of this outbreak not lost on broken Victorian minds, shattered parents, isolated singles, depressed teenagers, and strung out healthcare workers.

This lockdown was necessary because the Morrison Government, depraved ghouls that incessantly chastised Victoria’s zealous attempts to save lives, didn’t think vaccination was a race at the start of the race. It then disproportionately diverted Pfizer supply to Sydney, inevitably slowing Victoria’s uptake, and then sniped with glee at the obvious, designed outcome: Lockdownistan not being quite as vaccinated as quickly as it could be, as quickly as NSW, for some fucking reason!

This lockdown was also necessary because “gold standard” Gladys Berejiklian, a politician Victorians heard so much glowing stuff about – all the fucking time – had a devastating, deadly quarantine leak – which, again, for some fucking reason, we stopped hearing about fairly fucking quickly! Despite it plunging half the country into lockdown for many months. Despite it leading to many hundreds of deaths. Despite it being the leak that allowed coronavirus to slip forever beyond the walls of Fortress Australia. This stands in stark contrast to Victoria’s 2020 hotel quarantine leak, something Peta Credlin and our dumbest Facebook friends still insist on prosecuting to this day.

Politics and its mawing media mouth have been unrelentingly cruel to ordinary people just trying to exist less miserably here; stoic, heroic folks forced to devote a staggering amount of energy each day into not feeling shithouse and still not quite managing to pull it off.

But whatever happens from here, this is different.

We are not emerging from iso fog and trackies and anxiety hazes as conquerors of corona, world-class exterminators. We are emerging vaccinated. Or as vaccinated as we were willing and able to be.

The virus is stepping out for poached eggs and tap beer alongside us. This is not as glorious a victory as we are accustomed, but it just might endure longer.

We are a people in need of some luck. In need of nice things. Of a long fucking holiday. Of no-longer-illegal family and friends, live music, tap beer, good company, sex, cinema, art, work, the zoo, haircuts, the prospect of being outside at fucking night-time again. In need of not measuring life in 5km increments; in need of the potential of everywhere.

But as days get better for many, cautiously and at our own pace, they will get harder for our frontline. For the healthcare workers who have already given more than any of us, the worst lies ahead, the unvaccinated fuel for still-burning flames. Anxiety is ratcheting amongst our more at risk, people with disabilities, people unable – not unwilling – to get vaccinated. If we have any reserves left, the community spirit and solidarity that dragged us out of bed each of these 263 days is still needed on their behalf.

Melbourne, derided and chastised by the Federal Government; mocked, failed and undermined by the largest portion of the mainstream media; adored by coronavirus; and testing the patience and resolve of the millions of people that live here. Called upon often, and for so much – and fucking nailing it time and time again.

May we forget the worst of this moment quickly but forever cling onto the memory of what we were willing to endure for each other.