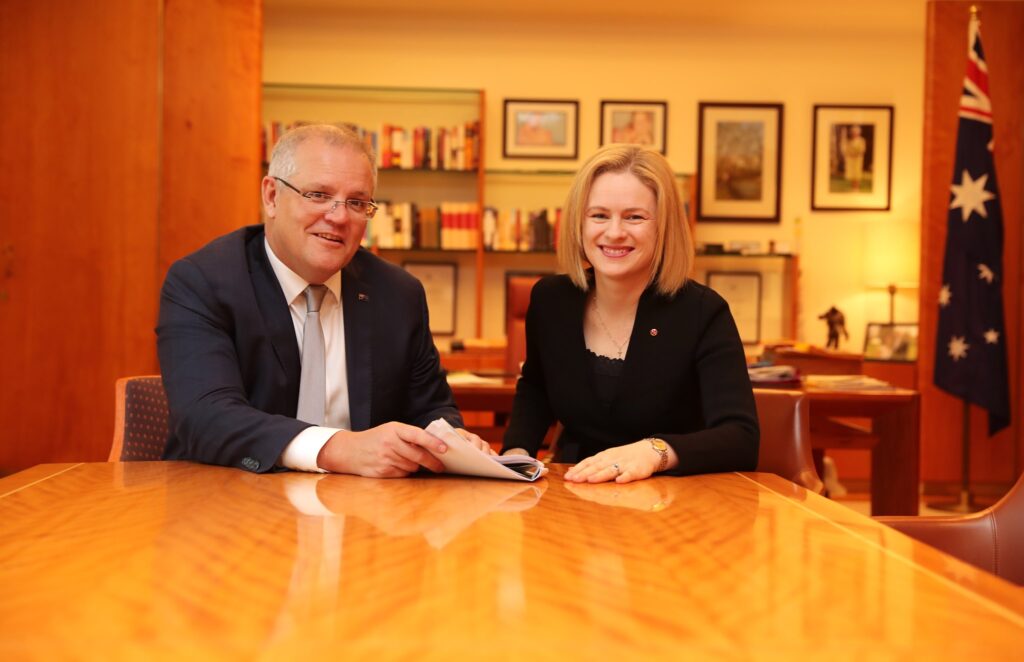 LNP Senator Amanda Stoker has managed to combine two of the most controversial news topics at the moment, with an absolutely horrific take on Queensland’s border lockdown.

Speaking with Paul Murray on Sky News (duh), Senator Stoker made an inexplicable comparison between QLD Premier Annastacia Palaszczuk’s strict coronavirus measures with the murder of black American man George Floyd at the hands of police.

“What worries me most… is that Premier Palaszczuk knows she is absolutely choking our economy by having these borders shut,” Stoker began.

“She is the knee on the throat of businesses in Queensland, stopping them from breathing.”

You have to wonder how she might respond if an issue like racism was the thing that worried her most!

The video was shared by QLD Labor Senator Murray Watt, who called it a “new low” for the Libs. “Who uses the words of a dying man to score a political point?”

New lows for LNP – Senator Amanda Stoker accuses Qld Premier of being “the knee on the throat of the businesses of Qld, stopping them from breathing.” Who uses the words of a dying man to score a political point? pic.twitter.com/Dxdr0dvD2P

Stoker has since told The Guardian that she didn’t “mean to offend anyone”, but given the opportunity to clarify her comments, she doubled down on the astoundingly inappropriate metaphor.

Queensland border lockdown is “choking the economy,” she reiterated.

Labor’s Malarndirri McCarthy addressed the comments during Question Time, asking Mathias Cormann if he supported the comments. Cormann refused to comment as apparently he hadn’t seen the clip.