loading...
General News
As a white Australian, here’s what Australia Day means to me (fuck all)
January 26, 2022 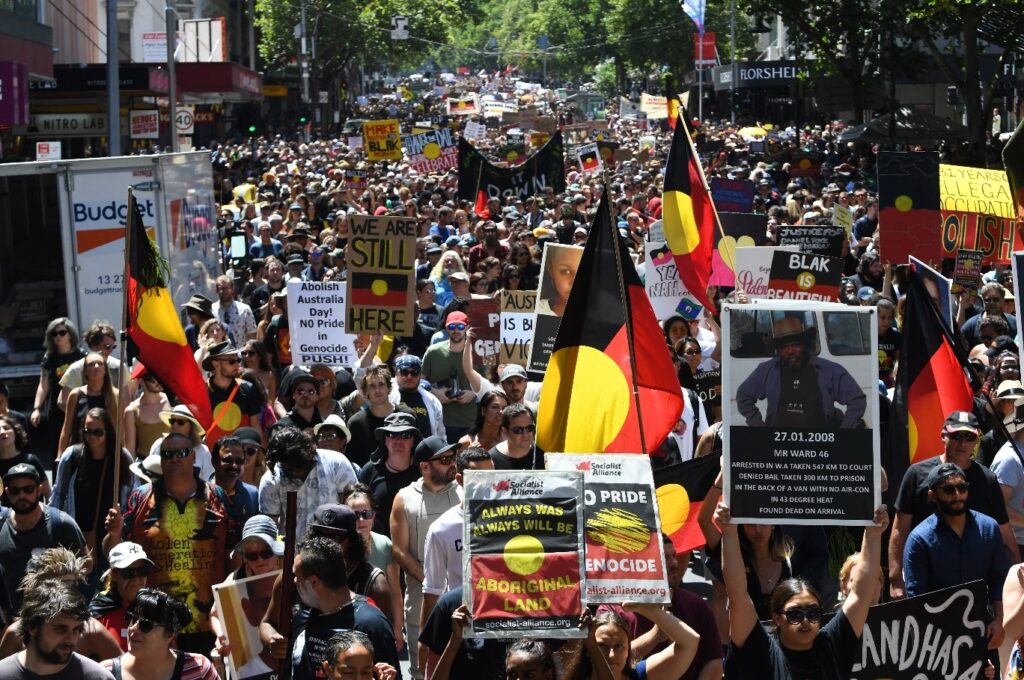 This article was originally published in 2021.  One year on, it remains correct, and funny, so we’re republishing it. Change the date.

Australia Day means a lot of things to a lot of different people. I can listen to others when they tell me what it’s like, but I don’t have a personal understanding of their story. If a First Nations person tells me how much it hurts to see white Australians celebrating the invasion of their homeland, I can hear their words and try to understand, but I don’t feel the same things they feel. I can’t speak to the lived experiences of Indigenous people, or recent migrants, or people of colour. It’s not my place to tell you what Australia Day means to them. The only thing I can tell you is what Australia Day means to me as a white man. And as a white man I can tell you in no uncertain terms: Australia Day means precisely fuck all to me. And any whitey that tells you otherwise is full of shit.

I come from a pretty typical white-bread family in typical suburban Australia. In fact the specific place I grew up was Ipswich, Queensland. It’s the home of Pauline Hanson’s infamous fish ‘n’ chip shop. Her kids even went to my high school for a bit. So that’s my where I’m coming from… and I have literally no memories of Australia Day.

I have fond memories of Christmases with the family, Easter nights spent leaving out carrot sticks for the Easter Bunny, and solemn mornings listening to the last post on ANZAC Day. I have memories of observing a minute silence on November 11, and ringing in the new year at midnight on December 31. But I don’t have one single childhood memory of celebrating Australia Day.

Until my 20s I don’t even think I could have told you what day it was on, and I certainly couldn’t have told you what the significance of January 26 was. Was it the day Captain Cook first arrived? The First Fleet? Federation? Shane Warnes’s birthday? I had no idea and neither did anyone else. Australia Day, for white Australians, was just not really a thing.

The only people who cared were massive nerds. The kind of nerds that would do lame shit like volunteer for the Sydney Olympics or visit their local school fete when they didn’t have any kids there; real weirdos. Once a year on whatever day Australia Day was they’d pop a little flag with those koala clip-on toys onto their recumbent bike, put a cork hat on and ride around the neighbourhood smiling and mumbling something about community spirit. Regular people never cared.

For white Australians, Australia Day held about the same significance as Labour Day or the Queen’s Birthday Holiday: we would gladly take a day off, but it meant nothing. It wasn’t even until 1994 that it was federally standardised as a national holiday on Jan 26. And apart from teens and twenty-somethings listening to the Hottest 100 I couldn’t name a single Australia Day tradition or activity. And the only reason the Hottest 100 happened on the 26th was because it was a public holiday in summer. They could have declared a summertime public holiday and called it “Haemorrhoid Awareness Day” and we would happily crack open a beer without a second thought. (Which is an apt analogy because the 26th of Jan is the swollen red anal sore of our nation’s history.)

Then John Howard came in and did what conservatives always do: whipped up the country into a jingoistic frenzy so we could turn our attention towards “Aussie Values” and get distracted while the big end of town picked our pockets. By the end of the Howard Years in 2007, Australia Day was sort of a thing. It still wasn’t huge, but now in addition to the nerds waving flags, you had some meatheads at Big Day Out wearing them as capes. Only now we pretended it was part of some rich tradition dating back centuries. Which it isn’t.

It still had no real significance and just didn’t mean anything to us, other than an excuse to get drunk on a nice summer day. But then when the voices calling to change the date got louder, we did what most people do when their world-view is challenged. We stuck our fingers in our ears, shouted “YOU’RE NOT THE BOSS OF ME!!!” and had a massive fucking sook.

What drives so many white Australians to try and fight for Australia Day is the same thing that drives anti-maskers to refuse to cover their snotty noses: a blind hatred for lefties, a disdain for the downtrodden, and an insistence that they won’t be told what to do. We didn’t care about the day, we didn’t understand the significance, we had no rich traditions associated with it. But the second someone with dyed hair and a nose ring says “this is offensive” most Aussies will lose their shit.

If you ever wanted to commit a mass murder and get away with it, just fill a swimming pool with burning jet fuel, get someone who looks like they’re studying an arts degree to stand beside it and yell “SWIMMING IN THIS POOL IS SYSTEMIC RACISM!!” and watch as half the population leaps into the fire just to prove that they won’t be cucked by the inner-city, latte-sipping loony-left.

And what’s even crazier is that in defence of keeping it on the 26th, Scott “Wet Lips” Morrison tried to make the claim that for the convicts who rocked up on that fateful day, life wasn’t “too flash” either. This is a time-honoured tactic of whitey; a steaming pile of “All Lives Matter” racism-in-disguise.

But let’s give Mr Engadine the benefit of the doubt for a moment. Because look: he isn’t actually wrong. If you were a convict taken by force for stealing a bit of bread and shipped around the world to work as an indentured servant for some half-mad King you’ve never met, life would be pretty shitty. So why then, if you acknowledge that fact, would you want to celebrate that day?! If the 26th really was terrible for everyone except, basically, the fucking King of England, THEN WHY THE FUCK SHOULD LITERALLY ANYONE CELEBRATE IT? Congrats ScoMo you just played yourself.

For Indigenous Australians, Australia Day is Invasion Day. The 26th of January serves as a reminder of displacement, disenfranchisement, and genocide. And for me, and my fellow white Australians, the 26th of January means sweet fuck all. We never knew what it stood for, and we had no traditions. It was just an excuse to have a beer in the sun. And now that we do know what it stands for, we know it was pretty much shit for everyone concerned except a few rich lords from some country most of us have never been to.

It hurts millions of people to keep celebrating Australia Day on the 26th of January, and it literally doesn’t hurt a single person to change it. If you’re a whitey calling for the date to stay the same because it’s important to you, you’re a liar. You never gave a shit before and you don’t give a shit now, you just hate being told what to do.

Suck it up, grow up, and change the goddamn date.