General News
Australia, when do disabled people get a ‘fair go’?
December 3, 2022 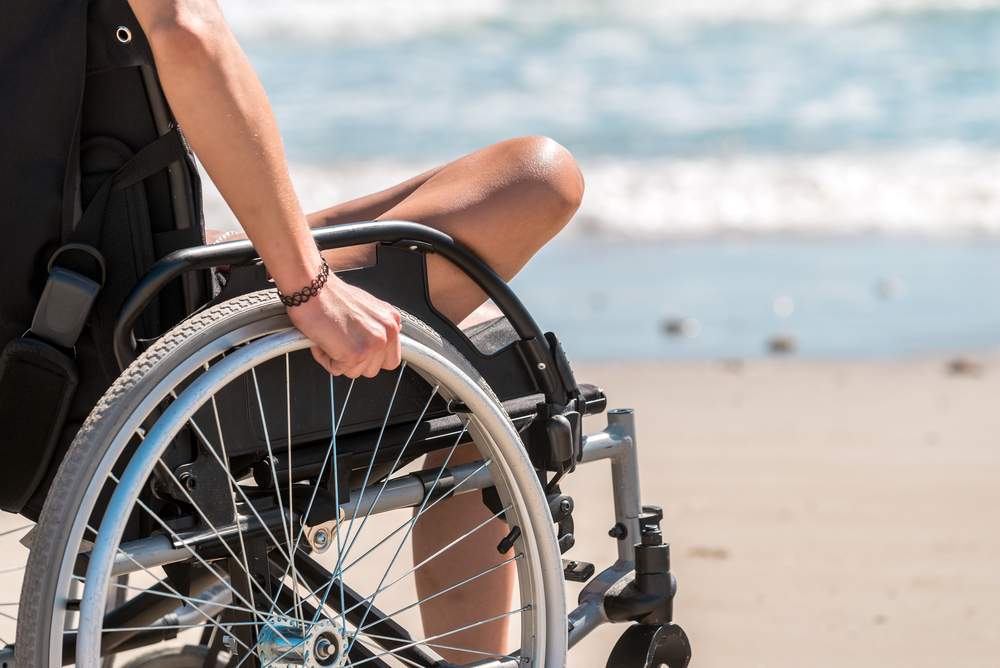 Today is International Day of People with Disabilities, and for the first time in my life I think it could change things for the good – if, for once, non-disabled people can shut the fuck up and listen.

That good can stem from a major positive of this year: disabled people finally got some fucking representation where people can tell their own stories. Obviously we’ve had the legend Australian of the Year Dylan Alcott who fought tirelessly in a chair with tires to get people listening to disabled people regarding disability issues. But as long as our politicians and media listened to him, things have been much better right? right?

Subtle and masterful foreshadowing aside, he isn’t the only big disabled name this year. Alongside him, we’ve had alleged tassie devil Grace Tame speaking openly about her experiences and podcast Queen Em Rusciano leaving the entire media stunned at the Press Club. We saw the rise of Heartbreak High’s Chloé Hayden (aka the anti-Sia) and ableist lyric destroyer Hannah Diviney, who will be starring alongside Angus Thompson in SBS’ ‘Latecomers’, a show Thompson co-created with Emma Myers, both of whom have cerebral palsy. All these people have broken real ground for actual representation of disabled people and disabled stories.

But sadly no matter how many badass disabled voices manage to gain a spotlight, it doesn’t mean anything much when the rest of the country isn’t listening to what they’re saying.

A clear example of our country’s lack of care is that while Hannah Diviney was able to get Lizzo and Beyoncé to change their lyrics, weirdly when she responded to a rant by Kyle Sandilands, this was the response.

While it should come as no shock that a slimy talentless fuckwit like Kyle Sandilands would take a pro-slurs stance and/or has a larger ego than Lizzo and Beyoncé, why wasn’t this a bigger story?

Speaking of ableist problems, let’s talk about Scott Morrison. Specifically the debate. You know, the one we would all be ‘blessed’ if we never heard.

During that ‘leaders debate’, current PM Anthony Albanese got off scot free. While he didn’t say the dehumanising remark, he also didn’t even bat an eyelid at it. He didn’t stand up to it or refute it. He didn’t challenge the awful point Scott was making, during a debate designed to show leadership. He was complicit. There were two men on that stage that day. Two men, but no leaders. Two men, but no empathy. 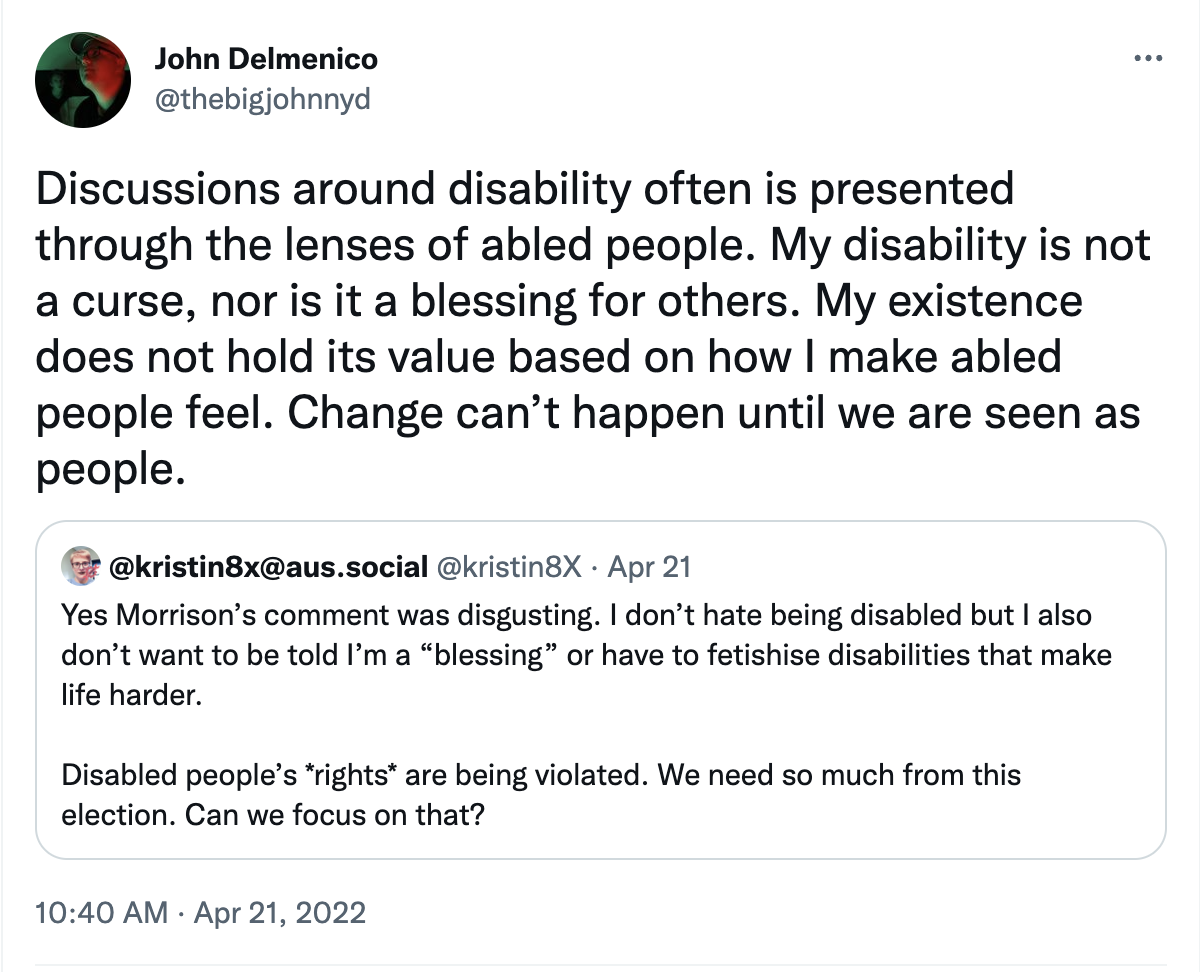 And Grace coming through with the alley-oop: 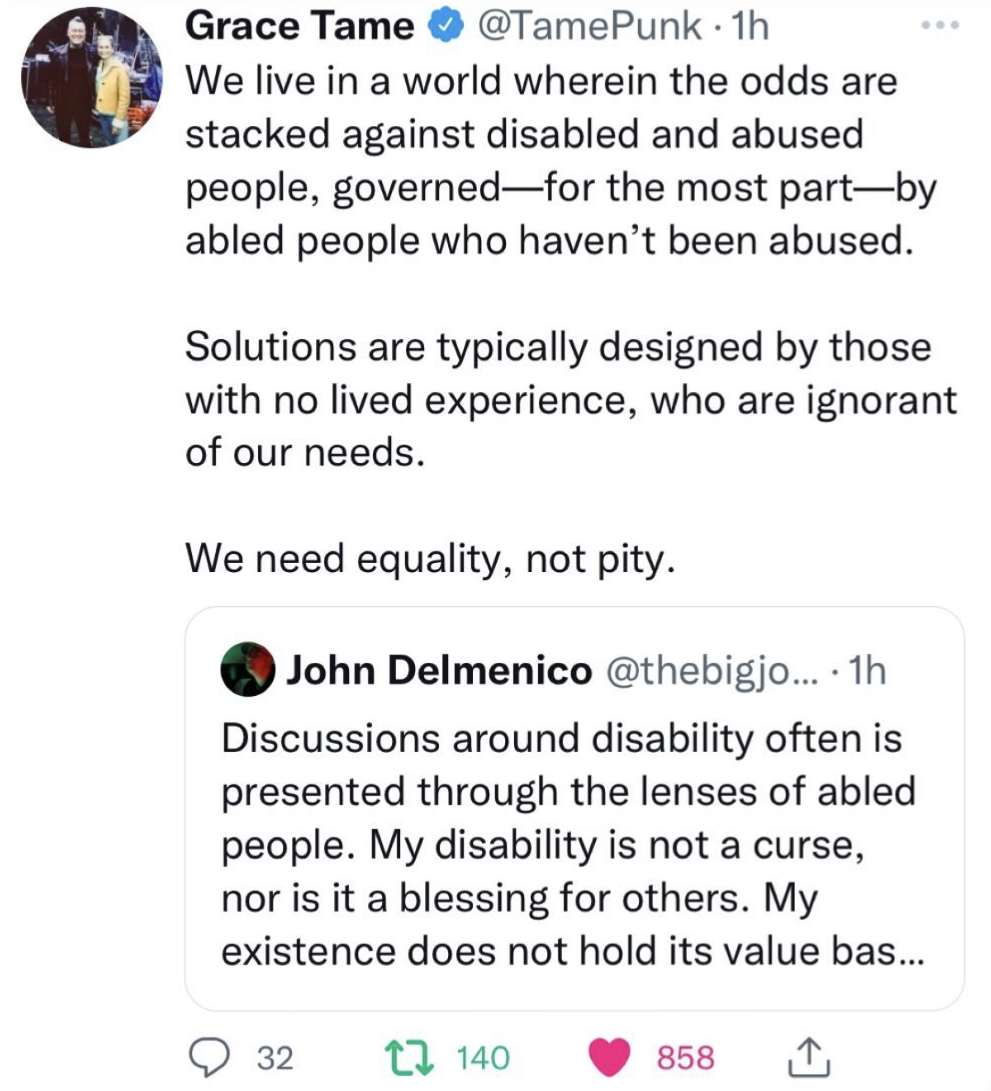 But, just like the voting population, let’s move on from Scott Morrison, Labor’s in charge now baby! Voters demanded change.

The first week of the new government came around and Labor teamed up with the Liberal Party to stop David Pocock’s bid to have a sign language interpreter for his speech and to stop Jordan Steele-John’s attempt to be one of the chair’s of the board of the NDIS, both because of ‘tradition’. Woohoo, fuck yeah finally some change!

According to Labor, a sign language interpreter would sully the sacred halls of Parliament House by bringing in a stranger, so they teamed up with the Libs to stop that. I guess if the interpreter was there to do cocaine in the prayer room from a desk lathered in semen, that would be different. And Jordan Steele-John is in the Greens, so Labor would rather listen to Hollie Hughes on the NDIS. Yep, that Hollie Hughes, the batshit one. The one who defended Morrison’s ‘blessing’ comment.

But Hughes does have experience on a disability panel, she was on the select autism committee… one advocacy groups called for her to be removed from because she called the premise of the autism spectrum a ‘woke’ conspiracy, called an autistic person a slur on Twitter and got in an argument with an expert because the expert called for a ban on ABA (a type of therapy based on the same framework as gay conversion therapy) with Hughes saying it’s not abuse, it’s “fun”. That’s the kind of person Labor wants making decisions regarding disabled lives.

Shorten later took photos with his new head of the NDIS who is disabled, great start king, and calls for ADHD to be added since it’s a disability, which Shorten looked into a camera and said he is willing to sit with people with ADHD to hear out. Boom, even better, Em Rusciano put her hand up publicly and by the next morning Bill Shorten ‘clarified’ that he would hear it but not change it. God fucking dammit.

Despite the way the media framed the calls for NDIS funding for ADHD, the reality is the money was going to go towards things like learning support teachers in public schools. A super reasonable thing to want funded, unless you’re an ableist reporter covering disability issues of course.

Even the media’s framing of the budget being a win for disabled people comes with major caveats of missing context. Most of the ‘new NDIS funds’ is actually money for getting people to move to the DES which is even more broken and basically just a giant privatised rort at this point, one Labor said they wont start planning to fix until the next election.

To subtly call back to my early foreshadowing, the biggest example of the problem I am trying to talk about is when Australian of the Year Dylan Alcott announced his website that will do the DES’ job for them. But that day a bigger story happened and Triple J had both exclusive interviews. 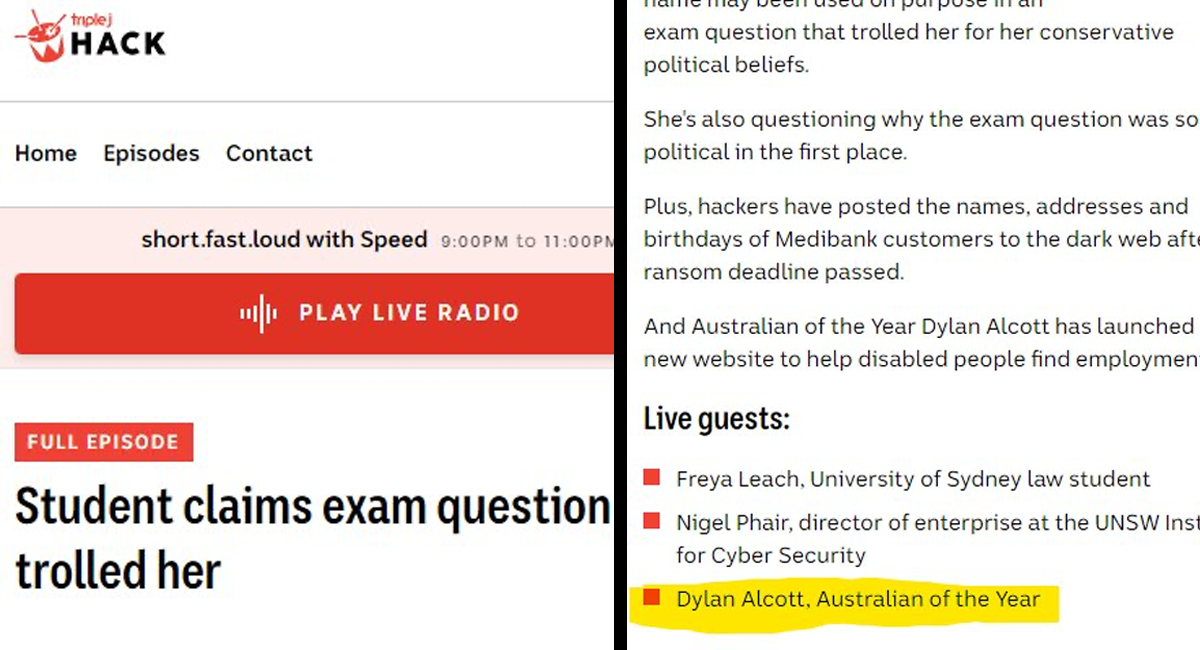 Yep that USYD girl who claimed her ‘woke exam’ was discriminating against her cause her name was in an exam was a bigger story in Australia than The Australian of the Year talking about disability issues. Australia would rather help the ‘victims’ of fake societal problems than real ones.

I deserve to feel heard, disabled people deserve to be heard. If you want us to feel more hope then fine, shut the fuck up and listen. Stop telling us everything will be fine when you don’t know what’s wrong. The people who can bring hope out of us are the people like those I mentioned at the start of this article, but Australia needs to actually start listening to them for that hope to grow.

All the issues I spoke about today could have been avoided if those involved simply listened to the disabled voices that were talking to them. So while change is a marathon not a sprint, when it comes to disability rights, Australia hasn’t even shown up to the starting line yet.

I sadly believe that Australia at its core does not care about disabled people. Prove me wrong, please. Just listen.