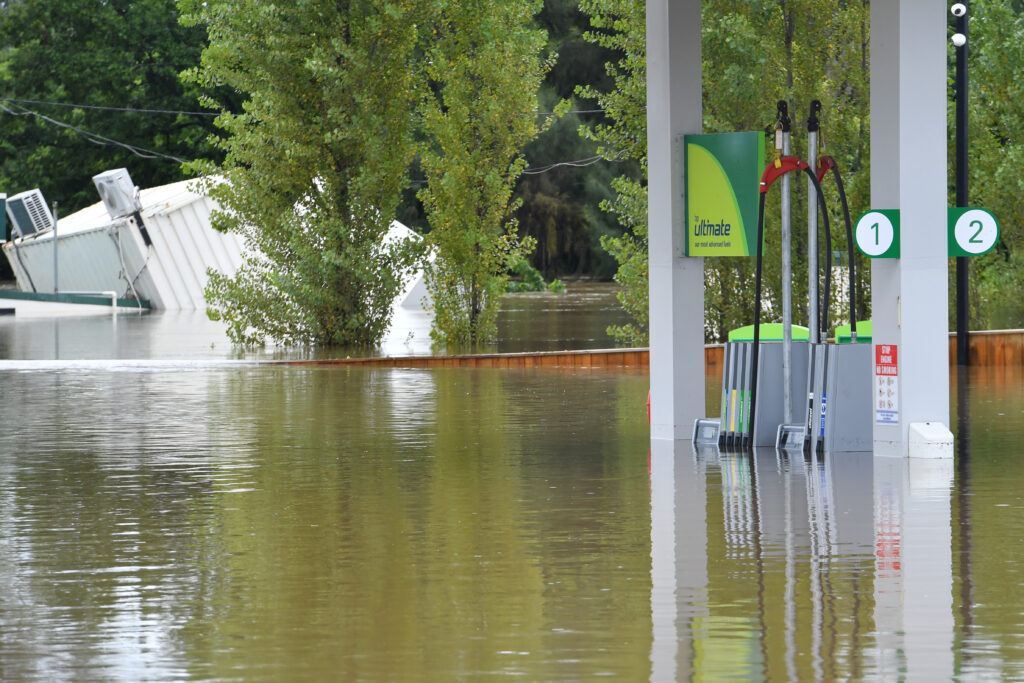 This week, Sussan Ley, the federal environment minister, successfully appealed against a high court ruling that found she had a duty of care to protect young people from environmental devastation. This is the fucking ENVIRONMENT minister using the courts to protect her right to not protect the environment. It would defy belief if it wasn’t already a long established pattern.

In the weeks preceding this ruling, more than 20 people died in torrential flooding in NSW and QLD. Lismore’s streets were strewn with debris above head height. Homes have been washed away, memories coated with metres of mud. Sydney’s northern beaches resembled Venice. Water rose at truly staggering rates.

These flood monitoring cameras demonstrate the extent of the rainfall and just how quickly waters rose, causing major damage during the recent #seqfloods 😮 pic.twitter.com/56CnQfuHp0

Australia now faces a precedent of regular “unprecedented” extreme weather events, the summers alternating every few years between burning and drowning – the long-term trend getting ever burnier and drownier. For reasons only understood by all the world’s experts and the people who listen to them and not Sky News, the climate appears to be getting worse. 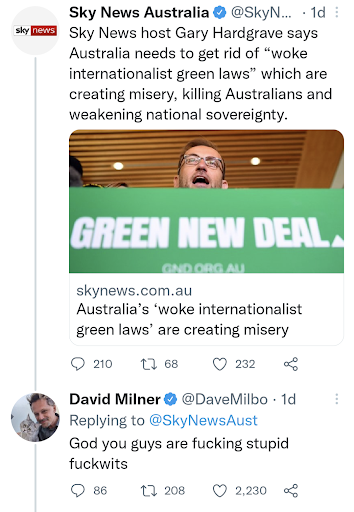 The IPCC’s latest report, released a week before these floods, is blunt, terrifying and – many years into life on a noticeably more humid, scorched, and flooded continent – not all that fucking surprising. “The scientific evidence is unequivocal: climate change is a threat to human well-being and the health of the planet. Any further delay in concerted global action will miss a brief and rapidly closing window to secure a liveable future.”

Locally, the modelling charts a worsening of what we are currently experiencing. “The Australian trends include further warming and sea-level rise, with more hot days and heatwaves, less snow, more rainfall in the north, less April-October rainfall in the south-west and south-east, more extreme fire weather days in the south and east.” It’s all too depressing to think about for too long. Here’s a duck skateboarding. 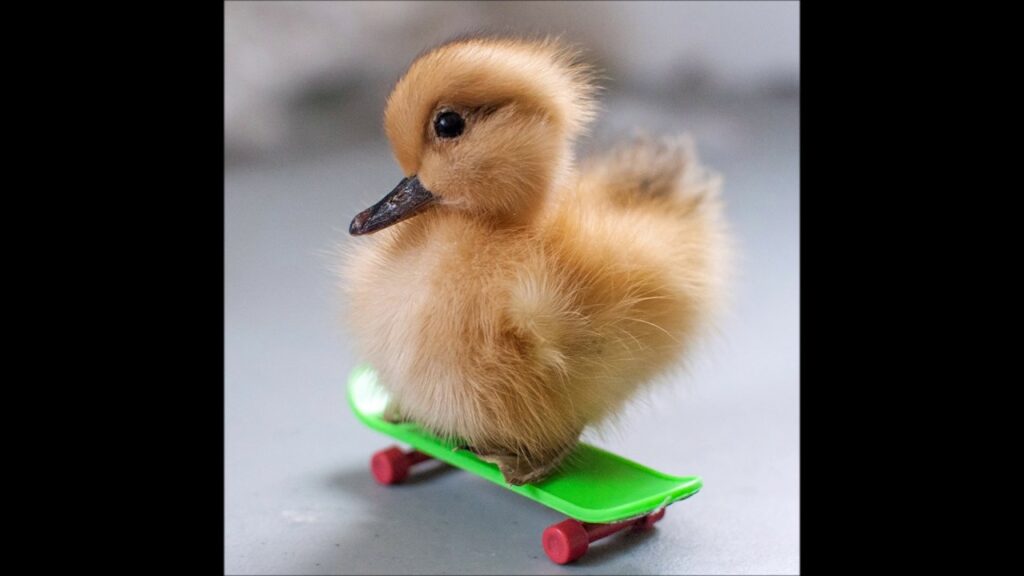 Do a kickflip, little dude!

Over the course of these floods, interchangeable Liberal and National Party politicians have described the storms as 1 in 100, 1 in 500, 1 in 1000, and even 1 in 3500 year events. The implication behind these meaningless numbers is that there was no way to foresee any of this; no way to prepare for deluges more biblical than meteorological; no one to blame.

Just as with all the “1 in 100 year” catastrophic fires that ignite every decade or so, this is a torrent of ideological shite. Because this sort of thing has long been predicted, and, more to the point, long ignored by exactly the people pulling these random numbers out of their methane stores.

These statements, disconnected from lived reality, rely on our collective short memory and the difficulties we all have facing hard truths for too long. Here’s a red panda having a lil nap. 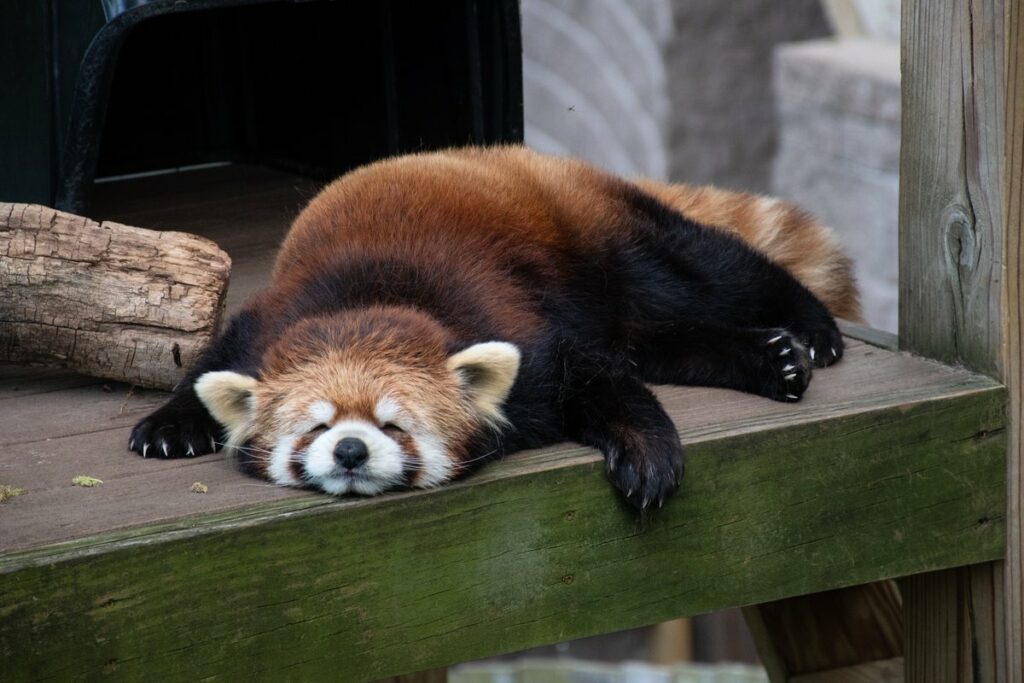 Having learnt the PR lessons from Cobargo and the New Year’s fires of 2019-20 – but not the disaster management ones – he avoided being filmed forcing handshakes on traumatised people, the media locked out of his flesh-pressing. His sole superpower of being able to turn absolutely anything into Instagram content finally meeting its kryptonite: Morrison’s own unpopularity and the sheer ridiculousness of the Action Man ScOmO image, cool in a crisis, handy to have around when the mud hits the ceiling. Propaganda only works if it’s slightly plausible, and many bungled disasters later, it’s not.

He also steered clear of protesters more willing than him to link this local flood crisis with the global climate crisis.

#ScottyFromPhotoOps really doesn’t want anyone to see these photos of the Lismore community welcoming him in to town – they didn’t have tickets to the heavily stage managed performance after all.
Whatever you do, pls dont share this. #NSWFloods #Ticketmaster pic.twitter.com/dMUH2R8Bzp

Before the media assembled in town, Morrison faffed around the c word: “Australia is becoming a harder country to live in because of these natural disasters” was as far as he went voluntarily. When pressed more directly on the climate crisis, he defended his government’s record – one of the world’s worst – citing his net-zero 2050 pledge (we are one of the last nations in the world to commit to this inadequate target), rattling off cooked emissions reductions numbers, touting his “technology not taxes” strategy, finger-pointing developing and less white nations for their emissions, and implying Australia is too small to make much difference anyway.

He failed to mention his “gas-led recovery” out of the pandemic, the LNP’s scrapping of the carbon price, the “war on the weekend” scare campaign against electric vehicles, the fact energy minister Angus Taylor is currently pushing an expansion of fossil fuels in the Beetaloo Basin, the lump of coal he waved around inside Parliament House, and whatever the fuck Matt Canavan likes to talk about, again, in the Murdoch press. 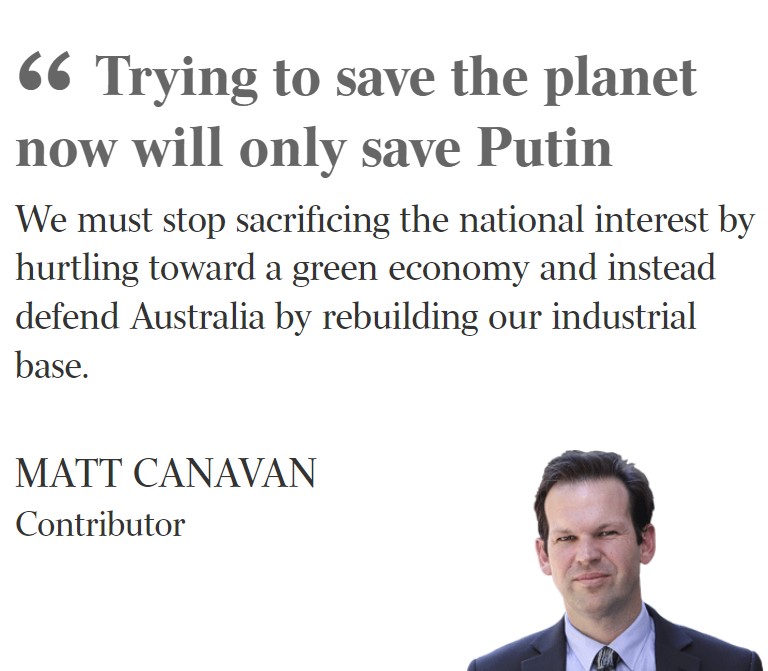 In the face of such overwhelming first-hand evidence for the climate crisis, this is how the most effective denial works nowadays: a vague acknowledgment of the existence of the nebulous phenomenon of really fucking bad weather, coupled with a refusal to link it with our own actions. It’s a subtler form of denial than the older variety of “shut up hippie”, but it is just as dangerous.

The overarching tragedy surrounding this current flooding tragedy is the people and institutions in charge of responding to it – and accurately reporting on it – are the exact same that have denied the existence of the climate crisis for decades. There have been zero consequences thus far being so catastrophically not on the side of humanity’s ongoing existence on this planet.

Ley’s court appeal, Morrison’s shirking, and the unprecedented “1 in 647383” year storms discourse, all seek to create a convenient reality in which no one is responsible for our gravest responsibility.

And how could it be any different for people like Morrison, like Murdoch, like Rhinehart and Canavan and Fitzgibbon and so, so many more? How could these people actually face up to their truly atrocious records on the climate? How could they link their own actions with the consequences now facing all of us? Because owning up to their own roles in this ecological disaster would be admitting to an existential-level mistake. And how could any of us ever trust them again after that?