General News
Defamation: a user’s guide (how to tweet and not get sued by a Coalition politician)
December 7, 2021 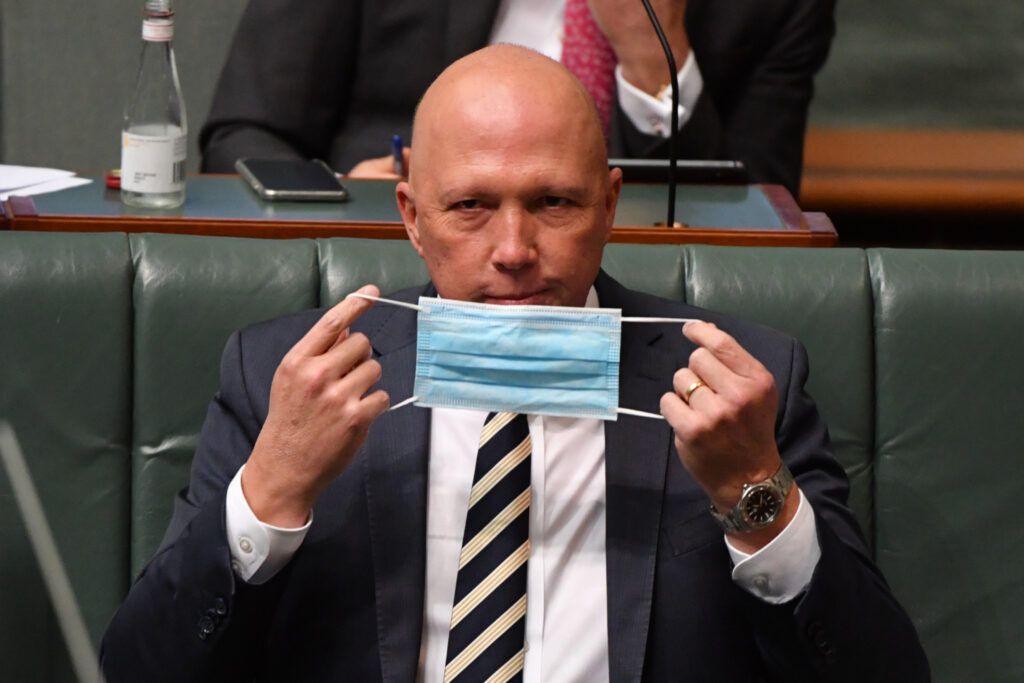 Ever since The Big Potato’s epic court victory over a penniless refugee advocate who had posted a six-word tweet about him, Twitter has been not so much the “coward’s palace”, as Scott likes to call it, but the corridor outside the principal’s office.

Everyone is terrified, rightly, that if they say the wrong thing, use the wrong nuance, don’t know what “nuance” means and employ it incorrectly, or post a photo of a walnut which looks a lot like Andrew Laming’s face, they’ll be next in line for a judicial birching and a legal bill you’d need a blind trust to afford.

Consequently, in my professional role as a lawyer, I’ve been very busy answering questions like, “What if I believe as an article of religious faith that all Liberal Party politicians are rape apologists?”, and “Is it true that the legal test for something being defamatory is that it would hurt Peter van Onselen’s feelings?”

I tried to help by tweeting that it is not defamatory to call Dutton a “crepe apologist”, but that joke didn’t go as viral as I’d hoped, and he didn’t even bother sending me a concerns notice.  Hurtful.

There is a serious side to this: the chilling effect of the defamation onslaught is nearing freezing point.  Everyone is scared of being sued, or of at least having to get legal advice, which is expensive and (industry secret) often wrong.

So, here are some free tips for staying on the right side of the defamation line.

Defamation is about the meaning, not the words

You may have heard about “defamatory imputations”.  When you get sued for defamation, it’s the imputations, or meanings which your words conveyed, that matter, not the literal words themselves.

This means that, for example, if you were to tweet “Minister X is TOTALLY NOT a Russian spy”, you would definitely be defaming Minister X.  Although your tweet says the opposite, the meaning your audience would take from it is clear.  Sarcasm is not a perfect defence.

All you need to know is “defamation”, which covers any kind of “publication”, whether in writing or verbal.  Slander was the old term for verbal defamation and libel for written, but they were replaced ages ago by the single definition of defamation and there’s no legal difference.

Defamation is a strict liability thing; it does not matter what you intended to convey, or why you did it.  The only relevant matters are what you posted and what imputations it conveyed.

Photos, drawings, anything can be defamatory.  Really important: defamation is judged in context.  The court looks at the whole publication, and considers the context of its publication and who would have seen it, to work out what an ordinary, reasonable member of that audience would have understood you to be saying.

Opinions are safer than statements of fact

If you state something as a fact (eg “X raped Y”), the only defence you can run is truth.  If you state an opinion (“X has low morals”), make clear that it is an opinion. Also, the facts on which your opinion is based have to be stated by you or notoriously known.

These things are always defamatory

Rule of thumb: if the thing you’re alleging is a crime, it’s defamatory.  So: rape, murder, corruption, theft, fraud, cheating at cards – all by definition defamatory. Likewise, anything which would be generally seriously frowned upon, such as that someone cheated on their spouse, or had sex in a restaurant toilet, sent a photograph of their penis to a woman with or without her consent…

Sure – truth is a complete defence to a defamation claim. However, you still have to prove it, on the balance of probabilities. The onus of proof is on you. Knowing it and proving it are not the same thing.

But everyone was posting it!

Not a defence.  Every time a defamatory statement is published, that’s a new cause of action.  You may be the 18,000th person to tweet that someone whose name I’ve forgotten did some alleged upskirting, but he can still sue you if you’re wrong.

But I’m safe if I put “alleged” in front of everything, right?

Wrong. The law does distinguish between stating that a person did something and stating that they are alleged to have done something, however it’s a really grey area.  There’s a very famous old English case in which a judge said “a man who wants to talk about smoke may have to pick his words very carefully if he wants to exclude the suggestion that there is also a fire”.  Meaning that if you lay it on too thick, you can easily convey the impression that the allegation you’re talking about is true.

So it’s a minefield and we’re all screwed?

Not entirely.  You can be controversial, opinionated and sharp-edged without taking on serious legal risk, but it does require care.  My main advice: don’t assume the bandwagon is a safe place to be, because it’s not; and don’t give the fuckers an easy win.