On Sunday, Florida reported 15,300 new coronavirus cases – the highest daily total of a US state across the entire pandemic.

Remember when we were all watching Tiger King and playing Animal Crossing and things seemed really bad in New York?

And by some margin, too: Florida obliterated previous daily records of 11,694 in California last week and 11,571 in New York on April 15.

Seems like a less than perfect time to open up fucking Walt Disney World, right?

This past weekend, two of the four parks in Orlando’s Walt Disney World complex reopened their doors for the first time in four months. The remaining two parks are set to follow this Wednesday.

To amp up the throngs ahead of reopening, Disney released this creepy ass video that is not a parody or a prelude to a low-key horror film.

To help mitigate all the death, Disney has put in place a number of COVID-19 safety measures for the reopening. Guests will need to wear masks except when eating or swimming, will have temperature checks upon arrival, and will need to maintain 2 metres social distance. Somehow.

Park capacity is also being cut, so, if you do want to risk it, you might be able to get on that sweet new Star Wars ride at Galaxy’s Edge pretty easily.

Which Disney is clearly aware of, the following legal disclaimer appearing on it website, and not in fine print either:

So why is this happening right now, at the worst possible time to open a theme park jam packed with (admittedly excellent) indoor rollercoasters?

You might think of Disney as a movie industry behemoth, but that’s not even close to the whole picture.

In 2019 the company made more money from its theme parks than any other single section of its business. 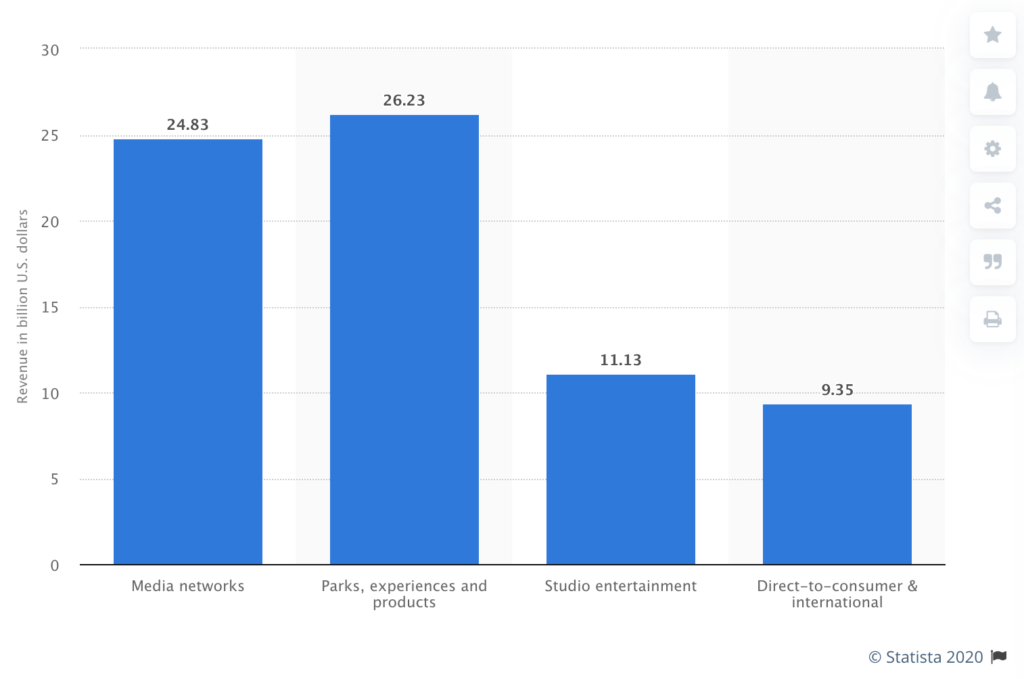 Despite everyone being stuck at home streaming movies, gains across Disney+ won’t come close to offsetting the loses felt in the theme park division (and Disney Cruise Line, for that matter too). Compounding the issue, main streaming competitor Netflix doesn’t have divisions shuttered because of a fucking plague.

This isn’t the first time during the pandemic Disney has behaved a bit dickishly. In April, as the true extent of the crisis was becoming clearer, Disney furloughed 100,000 theme park and hotel workers, 70,000 of which were based in Florida. Employees were left without any support from the company, and had to rely on Florida’s piddly unemployment scheme, which pays $275 a week for a maximum of 12 weeks.

Those abandoned workers are now being asked to don the PPE and dance for visitors amid – just repeating myself for effect here – the highest daily total of a US state across the entire pandemic.

Throwing it out there, but it’s possible capitalism doesn’t always have our best interests at heart.