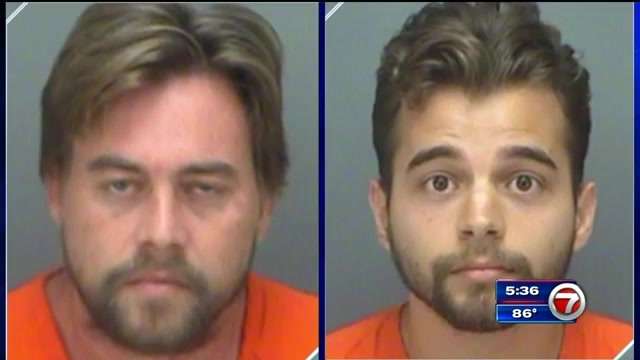 Mark Grenon, a 62 year old man from Bradenton, Florida, has been charged alongside his three sons, Jonathan (34), Jordan (26), and Joseph (32) for selling a coronavirus miracle cure made from industrial grade bleach.

Tens of thousands of bottles of the product, named “Miracle Mineral Solution”, have been sold throughout the South Florida region. 10 Tampa Bay writes: “[The] FDA has received reports of people requiring hospitalizations, developing life-threatening conditions, and dying after drinking MMS.”

The Grenon family distributed their “cure” out of a quasi-church the family established allegedly in order to avoid government regulation, The South Florida Sun Sentinel writes.

For, as Karl Marx once famously said, “Religion is the bleach-based miracle cure of the people.”

The incredibly named “Genesis II Church of Health and Healing” was raided by the FBI on Wednesday. During the search, the feds seized 22 gallons of the finished “Miracle Mineral Solution” product, along with 8,300 pounds of sodium chloride and 50 gallons of muriatic acid – an ingredient not typically associated with good respiratory health.

The Food and Drug Administration ordered the Grenon family to stop selling their miracle cure back in April. The latest raids and charges are a result of them not complying. Which, gotta say, seems kinda predictable, yeah? If you’re the sort of person that doesn’t have any qualms posing as a religious organisation in order to sell bleach to gullible, desperate people, maybe asking them nicely stop isn’t gonna cut it…

President Donald Trump has not been charged in connection with the family.