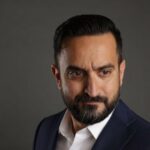 WRITTEN BY
Sami Shah
The Shot 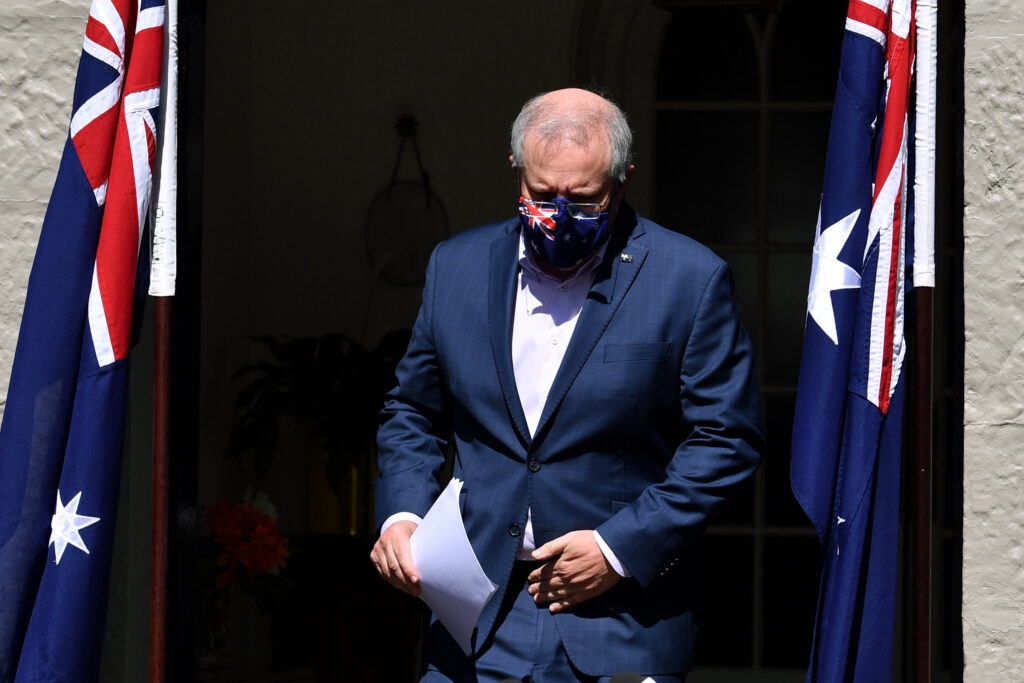 It was a seemingly insignificant change, just a single word replaced in the national anthem on the first day of this year: from “For we are young and free” to “for we are one and free”. And yet, it was as much an omen of the times to come as a bat crashing through Bruce Wayne’s window. Over the next twelve months, Australians were truly made to question just how much of a “one” they are, and just how “free” they feel. There are, however, two narratives that can be found here.

The first is that we aren’t “one” anymore, if we ever were. This is a year when the divides between us were more glaring than ever. The socio-economic divide, between those with and those without was made literal in its expression, when residents in Western Sydney found themselves policed by mounted officers – fined and charged if they so much as looked like they might breach lockdown – while those in the northern and eastern suburbs Instagrammed their crowded beach walks and group picnics.

At the start of the year, Oxfam pointed out how Australia’s 31 billionaires (which is a lot of billionaires to have in a country that purports to believe in the “fair go”) saw their fortunes increase by $85 billion since the start of the pandemic. It has no doubt increased significantly more since then. Meanwhile, many households struggled to afford food even as the lockdown days stretched into weeks and months.

That our divides aren’t just financial, but also political, was made even more explicit as well. When the Commonwealth rushed to support New South Wales with COVID emergency disaster payments, Victorians couldn’t help but notice how they had been forced to beg and then shame the federal government into extending any support to them. Nor did one have to work for ABC’s Fact Check to notice the favoured-eldest-child-style praise lavished by the Murdoch press and their political wing on every decision made by Gladys Berijiklian, while Daniel Andrews, Annastacia Palaszczuk, and Mark McGowan were constantly derided for daring to exist, much less guide their own states through the lockdown with equal or, in some cases, better outcomes.

The recent investigation by The Age into the blatantly unequal distribution of grants by the Morrison Government that so completely favours Liberal and National electorates has re-confirmed suspicions already confirmed by “sports rorts” and the car park building program. It is a style of politics all too familiar for anyone from a country high on the global corruption index. If you want something done, you pay a bribe. In Pakistan, that bribe is paid in cash. In Australia, that bribe is paid in votes. “I can tell you, if they support our candidates, the commitments I make will be delivered”, said Scott Morrison, when asked about this. It’s only a crime when you hide it, it seems.

There’s even a divide now that is made explicit between the civilian populace and the political elite. Our legal system no longer protects and prosecutes us all equally, instead offering an entirely different level of utility to those within the Canberra corridors. No longer can you hope to treat a politician with scrutiny or hold them to the same standard of discourse they subject one another, or us, to.

Defamation lawsuits are the whip used to remind the hoi polloi of its place, wielded by those who claim to adore free speech and a free press, while muzzling and financially bleeding anyone practicing either.

The most egregious example of this unequal access to privilege can be found in the ways Brittany Higgins had her life backgrounded against and her pleas for support and scrutiny ignored despite being an alleged rape victim, while Christian Porter was given opportunity after opportunity, indulgence upon indulgence, and even financial support blatantly against any rules of conduct, despite being accused of an alleged rape.

For too long, there’s been a myth about politics that we’ve allowed ourselves to believe; if you want to create change, make the world better, or be involved in the system that structures our lives, you run for political office. The reality was always a little less glorious and honourable, of course, but we allowed ourselves to believe it. That myth has since been taken to court for daring to uphold a system of values, found guilty of defamation for asking politicians to be honourable, paid a fine without the benefit of a blind trust that will probably bankrupt it, and had its partner’s motives questioned by an embarrassingly loyal press gallery. If you want to be freed from the limitations of a legal system designed to curtail corruption and unchecked growth of power, join politics. It’s the only reason to do so.

That “we are one”, has also been brought into question by the distance we feel from others in our own country. Whether the border closures between states was worth the prices paid is still something being scrutinised, and we’ll be better able to judge the wisdom of that decision once the pandemic and its true toll has been analysed through the lens of dispassionate history. But, in the meanwhile, too many have felt like Queenslanders, Victorians, West Australians, Tasmanians, New South Walesians, South Australians, North Territorians, and ACTians, not Australians.

And even within those states, there are now two communities struggling to consider each other’s humanity. When the lockdowns began in 2020, it was easy to dismiss the conspiracy theorists who were confident this was all a part of the Big Reset being led by Q. Their reasons for questioning the lockdowns were purely based in 8chan memes and YouTube videos narrated by Siri. But, as lockdowns lifted and fell upon us with increasing frequency, their numbers grew. No longer were they an oddity you heard about from a friend of a friend’s cousin. Now, increasingly, everyone has one family member, or one friend at least, who believes vaccines are an invasion of body autonomy, and that Daniel Andrews should be treated how Mussolini was in his final days. To them, the rest of us, are sheep herded obediently towards a slaughterhouse. To us, they are dangerous chumps who will undo all our sacrifices to curtail the spread of a virus that doesn’t care about your personal politics.

There are so many more examples from the last year alone to reinforce that we are not “one”, if we ever were. That in fact, we are many, too many – who barely tolerated each other for so long, and now feel permanently divided into groups and sub-groups that will make Christmas dinner more awkward than ever before.

There is no “one” Australia.

That is a narrative we can divulge from this year just past. But it isn’t the only narrative. There is another. There is a second narrative that those of us addicted to cynicism and ennui don’t enjoy acknowledging. But it is a narrative worth considering. It is a narrative in which, when confronted with a global pandemic, so many of us did pull together and sacrifice whatever we could for the greater good. It was a sacrifice made worthwhile when you consider that only 2,126 people have died of Covid in Australia. And each death is indeed a tragedy, but we can mourn the lives lost while being grateful that the number isn’t so much higher, like it is in every other part of the world.

We may not always get them, but we’re united in our cries of frustration. And there’s a narrative in which, when the borders all reopen, and the inevitable divisions wrought by an election are behind us, and we look back at the pandemic years and the lockdown years, we’ll see years of not being alone and divided, but of being together and supported. Of being one.

WRITTEN BY
Sami Shah
The Shot