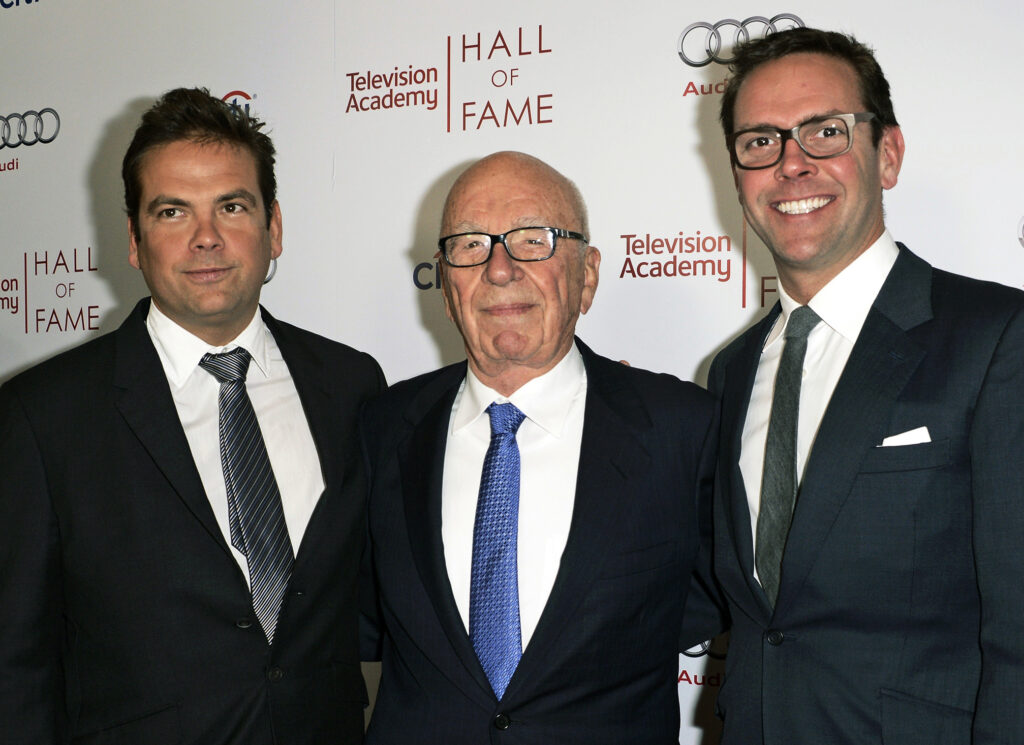 Lachlan Murdoch, the evilest of Rupert Murdoch’s unholy brood, successor to the News Corporation throne and its global empire of dulled minds, axe-wielding and bloodthirsty warrior champion of the Flesh Pits of Galgganath, this week sued Crikey for saying nasty things and making up stuff about him.

Defamation, in the old tongue. In Australia, in the courts, it is the intent behind the words and the damage that they cause not necessarily the specific words that matter. You gotta be super careful with this shit.

Like the hordes of working class women Lachlan Murdoch decimated with his Flaming Sword of Terror, a family heirloom expertly wielded in gristly, sweaty, hairy hands, slashing about the Sulphur Mines of Hell in a whirlpool frenzy of blood and death – the Slaughterer of Souls in all his terrible glory – Crikey is facing an intimidating foe.

Lachlan Murdoch, co-chairman of News Corporation, fucking sucks. We know this for lots of reasons, chief amongst them: he is suing Crikey, and Rupert Murdoch likes him the most. For legal reasons this is not a fact it is an opinion, albeit one based on lots of evidence.

The legal battle, Lachy versus Crikey – Goliath versus a newsletter – revolves around an article Crikey published on June 29 titled “Trump is a confirmed unhinged traitor. And Murdoch is his unindicted co-conspirator”. The day after it was published, Lachlan threatened to sue Crikey and it was taken down. Lawyers from both parties then sent angry letters to each other for months, Crikey eventually got sick of this, published the legal correspondence, said sue me dickheads, and then they did. That is where we are now.

As Denis Muller points out in the Conversation, Lachlan’s legal action would hold little water in the United States, because in the US there is a “public figure” defence to defamation. Australia does not have a public figures provision – something of a problem with such an array of heinous public figures the media is duty bound to call out.

The article in question – republished this week – is cutting and incisive in its remarks about Trump but relatively restrained in its two mentions of Fox News and the Murdoch family. Lachlan the Devourer of Spines and Souls is never named.

The piece explores Trump’s mindset and his unique position in American politics, lacking shame to such a degree that he is effectively invulnerable, but neglects to delve into the inner-demons, traumas, and sworn blood oaths that drive the Murdochs to disseminate conservative propaganda across the Angloshpere – that has driven them to deny the climate crisis and perpetuate murderous inaction for decades – to wage an eternal and stupid culture war on the minds of the easily distracted against the “woke” – to insidiously side with big business against the interests of working Australians with the gushing embrace of all things neoliberal – and to undermine the healthy functioning of democracy with perpetually outraged, skewed, and blatantly inaccurate reportage.

Crikey is unflinching in linking the Murdochs directly to the deadly January 6 coup attempt on the Washington Capitol. From the piece:

“Nixon didn’t have the support of the world’s most powerful media company, which continues — even in the face of mountains of evidence of Trump’s treachery and crimes — to peddle the lie of the stolen election and play down the insurrection Trump created. If Trump ends up in the dock for a variety of crimes committed as president, as he should be, not all his co-conspirators will be there with him. Nixon was famously the “unindicted co-conspirator” in Watergate. The Murdochs and their slew of poisonous Fox News commentators are the unindicted co-conspirators of this continuing crisis.”

Defamation is a notoriously fucked prospect in Australia. From Peter Dutton suing a penniless activist for a six-word deleted tweet to Andrew Laming quietly suing every media outlet that carelessly used the phrase “upskirting”, verdicts in this country so often enable the rich and powerful to silence reasonable critique and dissent.

At his disposal in this case, Lachy wields money, influence, power, a media empire, a flaming sword, and the cursed and unholy minions of Xenan’ack. In the Crikey corner: a bunch of new newsletter subscribers shrewdly attracted to the cause, the quiet and sometimes cowardly well wishes of media colleagues, and hopefully some very good lawyers.

Murdoch’s own lawyers allege that Crikey caused reputation damage with the “sensational language used” in their article. Crikey will argue that it is impossible to damage a reputation that is already mud.

Fox News has been openly pilloried by media giants in the United States for its role in inciting the January 6 coup. The Washington Post, CNN, MSNBC, Stephen Colbert, etc., outlets that dwarf Crikey in reach and influence, have all savaged Fox and News Corporation for disseminating conspiratorial anti-news with the underlying intent of overthrowing the 2020 election – an election that was fair and democratic by American standards. These outlets have been more aggressive than Crikey, and therefore any reputation damage done by these completely true allegations has already been done, they will argue.

Murdoch Jr. has also accused Crikey of using underhanded tactics to gain new subscribers, alleging this the motive behind publishing the legal correspondence. While it is undoubtedly a PR win for Crikey, this is a ballsy and hypocritical claim for the co-chairman of a company that has made using underhanded tactics into an artform: from the traumatised city of Liverpool after the Hillsborough disaster, to the hacked phone of parents grieving a dead child, to the incessant pandemic misinformation and conspiratorial breadcrumbs spewed forth for the unhinged to gobble on their paths towards radicalisation. NewsCorp exists to feed our collective fears, anxieties, obsessions, and divisions. It punches down with reckless abandon and exploits and exacerbates tragedy. Crikey does not do any of these things.

Much is at stake in this case. The outcome will have ripple effects on the media landscape beyond whether Crikey continues to exist or not. People that believe journalism can still be a force for good in the face of anti-democratic forces and cancerous entities like News Corporation and their cursed alliance with The Four Horsemen of the Apocalypse should do everything in their power to be as good an ally to Crikey as possible. Subscribe and support. Donate to their legal fund. And feel free to plaster these brand-new “Lachlan Murdoch is an unindicted co-conspirator” and “Lachlan Murdoch is a fuckwit” stickers all over this fair city. If Lachlan is going to continue to drink the blood of his slain enemies, let’s at least make him choke and spit it out the next time he guzzles from his Skull Goblet atop his Iron Throne. Fuck Lachlan Murdoch.