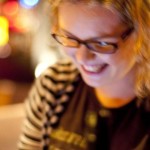 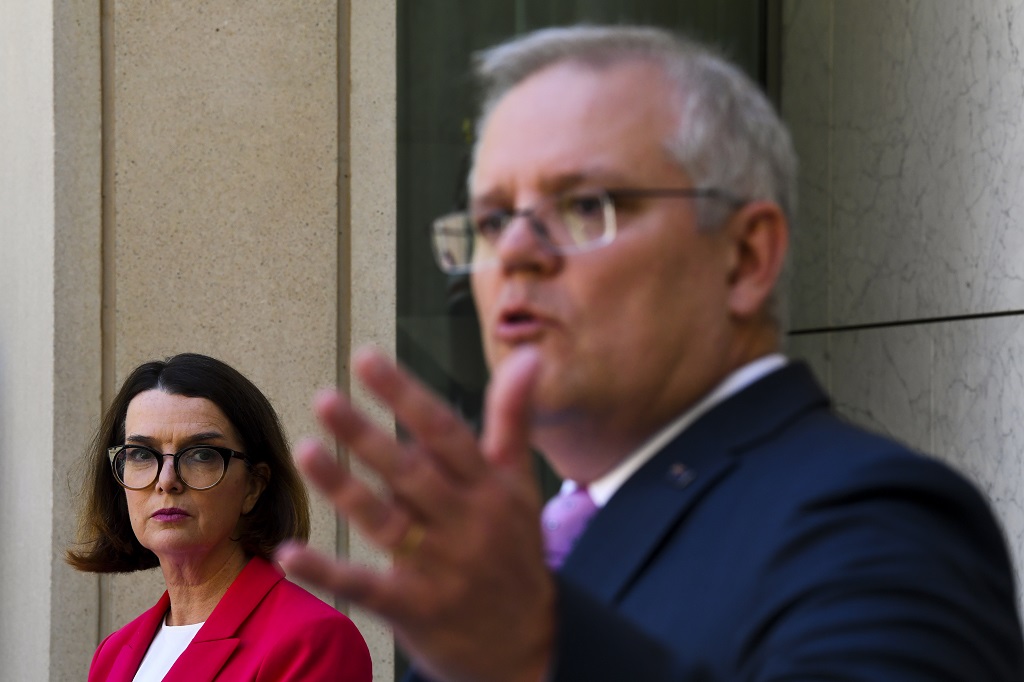 A fortnight ago, Scott “I’m just a daggy dad” Morrison had his bite-a-chunk-out-of-an-onion moment, leaving many normal, rational people thinking, “What the ever-loving fuck was that?”

Amid reports of sexual misconduct in Federal Parliament following a Four Corners exposé, the Minister for Families and Social Services Anne Ruston was asked by a reporter, as a woman, whether she believed the culture had improved since Malcolm Turnbull’s infamous “bonk ban”.

She began to answer when she was interrupted by Morrison, seemingly on a crusade for civility. He steamrolled right over Ruston as she was about to comment on whether powerful men in Canberra, you know… steamroll women.

“Bonk ban” is the term used to suggest a dramatic crackdown on the kind of behaviour that would get you fired from basically everywhere other than Federal Parliament. Who knew!? Certainly not the beetroot-tinged warning shot that was Barnaby Joyce.

Morrison, laser focussed on the important part, doesn’t like icky words. They are beneath him, beneath the media, and they undermine the gravity of the intern-fucking-in-Canberra situation. He took offence. That’s more important than whatever this chick was about to say, right?

A woman in the Coalition, about to talk about the Coalition’s women problem, interrupted and spoken over by a Coalition man. It’s a bit on the nose, isn’t it? At least make our political cartoonists work a little harder, Scotty.

Spare a thought for Ruston, who, when finally given the chance to respond, had to stand there and convince us nobody has ever shown her more respect than the man who had just interrupted her to whine about disrespect. It was a demonstration of the current culture in parliament and a crushing lack of self-awareness unfolding live for all to see.

When he’s not busy cosplaying as an off-brand Scott Cam, Morrison seems convinced spin will fool Australians into thinking he’s doing more than, well, spin. He has confused citizens with consumers, statecraft with marketing, to the detriment of us all. It’s reasonable to start asking how much longer will this work? Not only is he trying to make a silk purse out of a sow’s ear but he wants the gutted pig to smile for a photo op.

The world’s recent flirtation with shallow populism is clearly a disastrous, failed experiment, and the people of Australia should now demand capable politicians, not grifters and hucksters.

A staggering 600,000 Australian workers lost their jobs due to COVID-19. That’s 3% of the national workforce. Of those, it’s fair to assume many were exceptional at their jobs: leaders in their fields, experienced professionals, academics, award-winners, and impressive upstarts, all left without work due to no fault of their own.

They didn’t lose their jobs because they were incompetent. Does anyone anymore? Our leaders certainly don’t.

If Morrison actually understood how to lead this country, not just leading-by-appearing-to-lead, he would know that you can’t do it without women. You’re toast without us. And though the Ruston incident was notable in its hamfistedness, it merely highlights the real, larger problem: a fundamental belief that women should be submissive and quiet when an Important Man is sharing his Important Manly Views.

This year’s federal budget is the policy equivalent of talking over a female colleague right as she is about to pretend she doesn’t get talked over.

It neglects the crucial issue of childcare, which is not only a female dominated industry – not to mention an industry we grew to appreciate the absolute shit out of during the pandemic – but also one of the most effective proven ways to increase female participation in the workforce. The budget completely overlooks the fact that the fastest growing demographic of homeless people in Australia is women over 45. $14 billion was budgeted for accelerated infrastructure projects in male-dominated industries. Without childcare this country grinds to a halt, but at least we’ll have some new roads!

I’ve had enough of this “shut up for a sec, love” shit. Women have heard it all our lives and we expect better from our elected leaders.

Our whole country would fall apart without women. Perhaps if Scotty did have the slightest clue about leadership, he would know better than to talk over a female colleague. He would know better than to have only seven women in his cabinet. He would know that if every woman went on strike in this country — from both paid and unpaid labour — we’d see an economic catastrophe that would make Covid-19’s budgetary impact look as small and insignificant as a Prime Minister on a Hawaiian beach while his country burns. If he understood the economy at all, instead of just making everyone think he does, he would know women are at the very core of it.

He should also know that many of us have had enough. Put down your Bob The Builder outfit, put some actual pants on, step up to the plate, and lead. This isn’t the time for trying to look good, it’s the time for actually doing good.

We don’t need a patronising Dad who likes to talk over a nation of patronised Mums. We need a statesman. Remember those?

By Leena van Deventer, writer and producer from Melbourne