General News
Reporter reporting on racist arrest gets arrested for being black
May 30, 2020 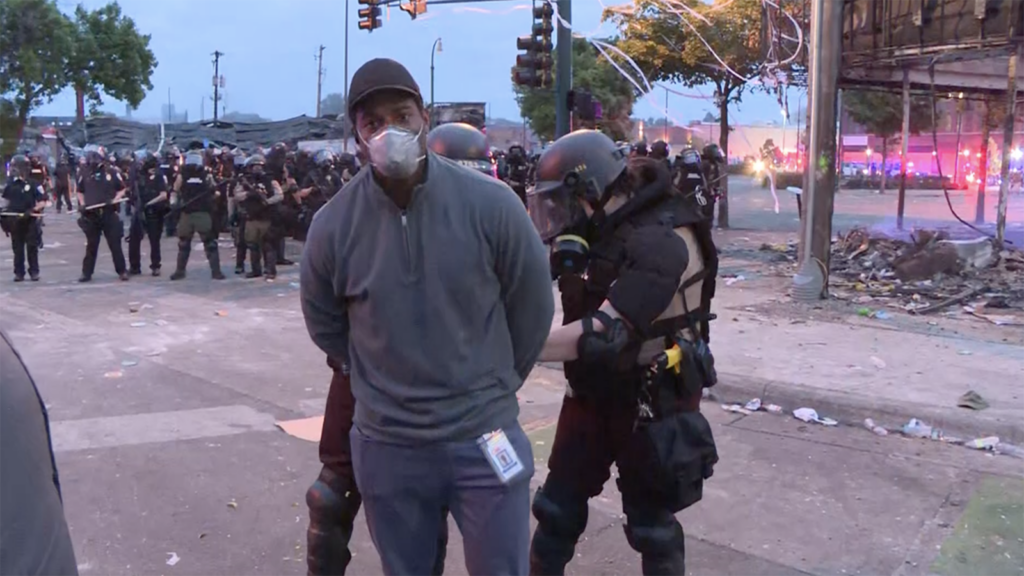 If there was one thing Minneapolis police could have done to kick the riots over the death of George Floyd into overdrive, arresting a black CNN reporter was probably it.

That’s exactly what happened overnight, as police kitted out in riot squad gear placed reporter Omar Jiminez and his entire TV crew under arrest, as they covered the ongoing protests in the city.

The arrest incredibly went to air live, with footage showing Jiminez, a black Latino man, asking how far back the police would like he and his crew to stand.

“We can move back to where you like,” he told officers. “We’re getting out of your way.”

Their response? Arrest the bloke.

Despite asking over and over why they were being handcuffed, police refused to give any reason for the arrest.

Let’s be honest, Jiminez’ only crime was being black. In Minneapolis, that’s apparently enough to have a police officer knee you in the neck until you stop breathing, permanently.

Minnesota Governor Tim Waltz claims to have no idea why Jiminez and crew were placed in custody either, apologising to the President of CNN and stating that he had every right to be there.

For anyone wondering if the arrest may have occurred due to the reporter’s proximity to the riots, let the fact that white CNN Journalist Josh Campbell was left alone ease your mind.

The events followed a Donald Trump declaration that he wouldn’t be afraid the military to gun down the people of Minneapolis if they continued to riot.

With protests now breaking out all over the USA, you’d have to think that a country whose COVID-19 deaths recently passed 100,000 is about to hit breaking point. What happens next is anyone’s guess.