General News
We deserve this moment. But don’t forget who helped and who hindered.
October 20, 2020 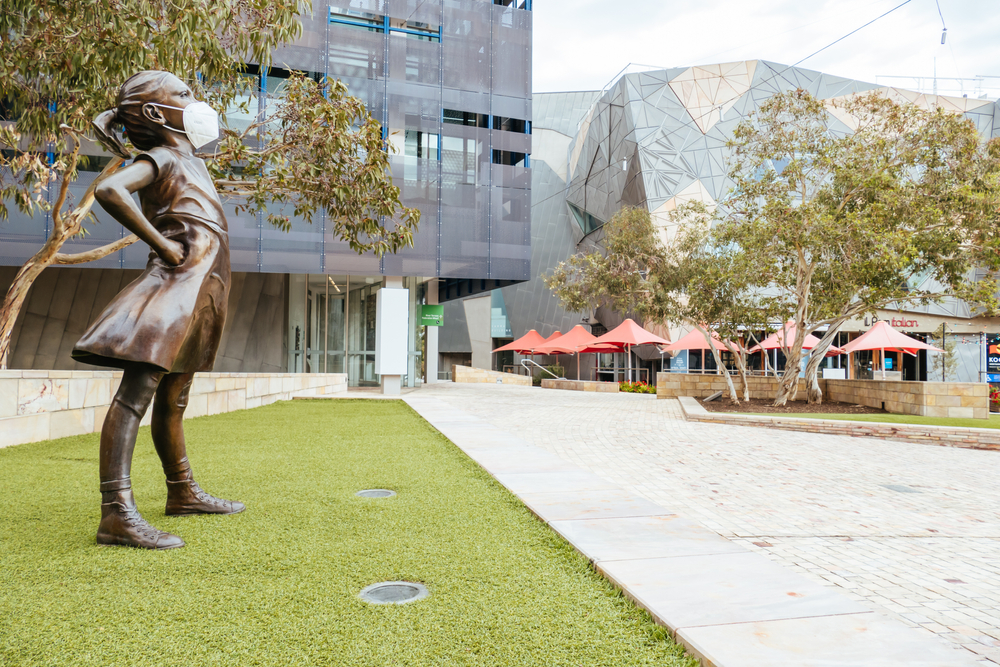 You’re a legend. You genuinely are. Thank you for all you’ve done for my little family and the 1.8 million other households across this bruised, existential crisis of a city.

Every media outlet and every important person in this country – especially the most important person – should be saying this to you right now. That they’re not is an indictment on their characters more damning than anything I could write.

Thank you for all you endured, from the truly traumatic to the unbelievably boring and every degree of mundane-nightmare-blur in between. All of it beyond your control and none of it your fault. I am grateful.

I owe you. And you owe me. And we all owe each other. And that’s remarkable.

Let’s get on the beers soon.

Some of you were massively fucked, though.

Mind-bogglingly unhelpful. Saboteurs and opportunists. And it could not have been more obvious to so many people.

Some people went out of their way to make this worse than it needed to be, and I don’t think they should ever be forgiven for that.

The Federal Treasurer has not been helpful of late. Josh “$60 billion behind the couch” Frydenberg.

Yesterday, he accused the Victorian Government of having a “callous indifference” to the loss of jobs in this state. You can accuse the Andrews Government of many things. Carelessness as this began, sure. But callousness, no.

Callousness is different. Callousness is cutting JobSeeker and JobKeeper to still-suffering Victorians in the middle of a pandemic and then feigning concern for their mental health the instant you’ve made them poorer. Callousness is the 2020 federal budget, a budget so devoid of logic and so basted in ideology it rewards the ultra-rich to no discernible societal gain and disproportionately punishes the Victorian.

Callousness is willingly being used by the Prime Minister as the token attack-dog representative from the Plague State. This is actually a rare moment of guile on Scotty’s part; his marketing background is kicking in, and he’s aware enough of the optics to not get his own hands too dirty. Morrison’s undermining of the health response to this global pandemic is veiled with a wink to the camera and puff-pieces about his stupid Bunnings henhouse; Frydenberg’s is overt and infuriating for even his own voters.

The Member for Kooyong should at least know better, though. He’s not Victorian anymore.

The Herald Sun. Melbourne’s gutter rag for people that deserve better but haven’t worked that out yet. It’s beyond parody. A dangerous, stupid, hate-spewing joke that toyed with our lives and sanity because it stuck to its usual script, failing to realise this was an unusual moment.

It had a rare opportunity to help people through a collective trauma, to make them feel better when they desperately needed to. It did the opposite. It misinformed, and twisted reality, and spread anxiety – anxiety about the few things people genuinely didn’t need to feel anxious about.

How did The Herald Sun report Sunday’s news about restrictions easing? 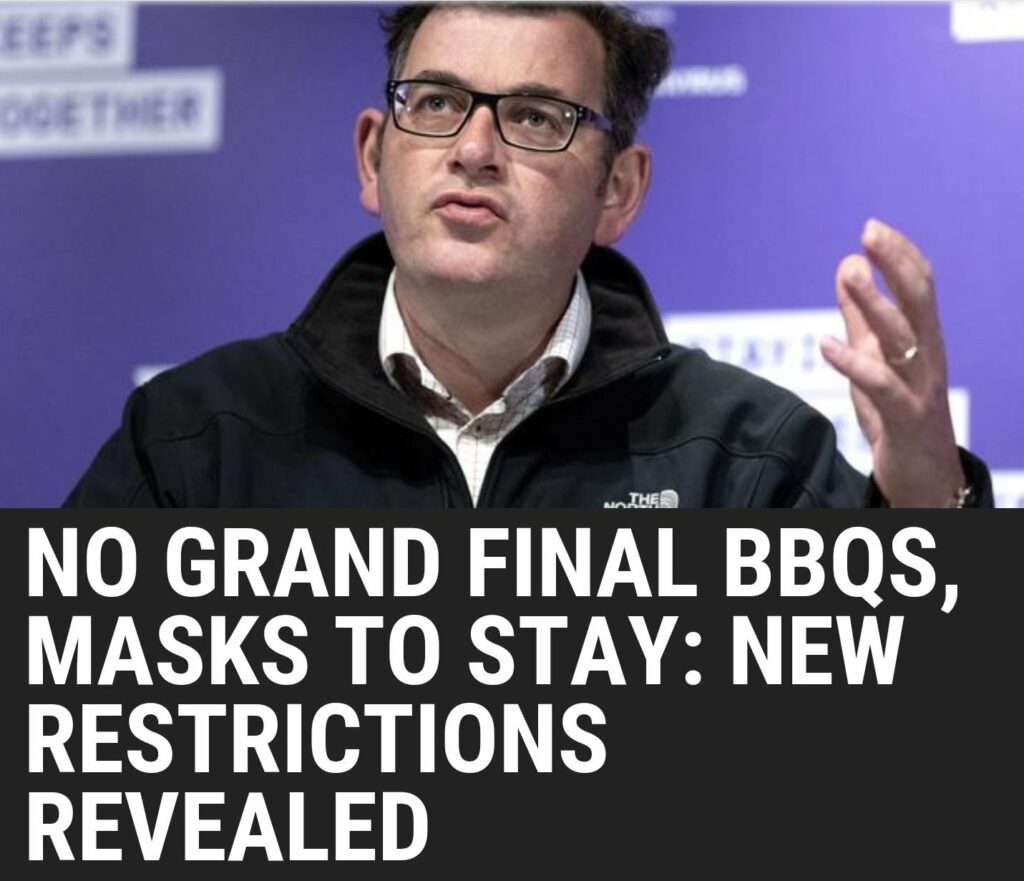 Why would anyone read The Herald Sun?! You’d be miserable all the fucking time. This was objectively a better day than the day before and the 100 days before that.

Let your poor, suffering, borderline-insane readers have a breather! They’ve earned this moment too. This has been hard on them as well.

You, a normal person, have been worried about your loved ones getting sick and how you’re going to pay the bills. Herald Sun readers have been preparing a counter-coup to seize back the apparatuses of democracy from a despot with a penchant for windproof fleeces. On top of all this pandemic stuff!

The next election in this state is going to be a very confusing time for these people. Could the editors of The Hun just let them have a few nice, calm days?

His record throughout this pandemic speaks for itself. In March he started demanding we open up. I know it still feels like it should be March, but that was SEVEN MONTHS AGO.

In April he rounded up a posse to go kill all the bats in the park because of coronavirus.

In May he said we hadn’t opened up pubs yet because Daniel Andrews is a “friendless loser”.

This is not a man that should be in politics. This is a man who should be kept away from pointy objects.

He went on to lose his own rigged Facebook poll for no reason other than poor attention to detail – which, we are all learning, is a thing we don’t like very much in pandemics.

Somehow, through all this, he ended up with a rare but highly sus ABC puff piece. Tim Smith is the last person on Earth worthy of a puff piece. A few weeks prior, The Shot called him a “dickhead”. Search your feelings. Which of those treatments feels more earned?

All these people and inanimate objects and those that fall into both camps made this worse than it needed to be.

We don’t have “Stockholm Syndrome” as we keep being diagnosed with by out of state quack journos – without consultation, without qualification.

The prevailing mood here is not about blindly supporting the Premier.

It’s about the fact that we all remember – and will probably never forget – what 700 cases of coronavirus in a single day felt like. What the period between March and now felt like. What more than 800 Melburnian deaths felt like. AND WE JUST DON’T WANT TO DO THAT AGAIN SO STOP TRYING TO MESS THAT UP.

Adam Creighton. Sophie Elsworth. Phil Coorey. That ghoul from the AFR who offered his parents’ lives upon the altar of making numbers both economic and epidemiological go up. This ordeal would have been so much easier if we didn’t need to listen to highly paid sociopaths while our brains turned to mush from all the booze, TV, and death. I’ve spoken to a LOT of people the last few months and this is one of the most recurring, strongest sentiments.

It’s bad enough we have to hear from these people at all, but I refuse to take them seriously anymore. They do not deserve that privilege.

They don’t understand because they weren’t here. Neither was Josh Frydenberg or the Prime Minister. Tim Smith and The Herald Sun weren’t really here either – you need to be capable of empathy and reasonable thought to comprehend what Melbourne experienced in its lost year.

All these people, and so many more, didn’t help when it was their jobs to.

But so many people did help. You did. The local businesses that adapted, hung on, and didn’t sue the Government trying desperately to get us out of this mess. The checkout staff at supermarkets who saw us at our toilet-paper hoarding worst and gave us a flesh and blood human to talk to for a minute or two a week – they all helped. The teenage BMX gangs that took over the streets from the cars and reminded us to get some exercise and try to have some fun. Our neighbours and Zoom trivia buddies and the Auslan legends at the daily pressers. Our posties (but not Auspost itself). Anyone that managed to make us laugh. The artists and creators who filled our screens and souls with comfort and distraction. They all helped.

We’re not done. This is still real. And serious questions still need to be answered by governments – both Federal and State.

But there was one case today! ONE. That means a lot to me. What does it mean to you?

We deserve a moment to think about something else for just a minute. Just a bit of time to move this compound trauma from the short-term parts of our battered brains into the long-term parking; filed away for healthy processing later.

After the 10-person BBQs 25kms away. After we’ve driven somewhere just because we can. After we’ve caught up with friends that were literally illegal last week.

Let’s do all that because we’ve earned it.

Let’s just not forget either.