General News
What does Scott Morrison do?
November 19, 2020 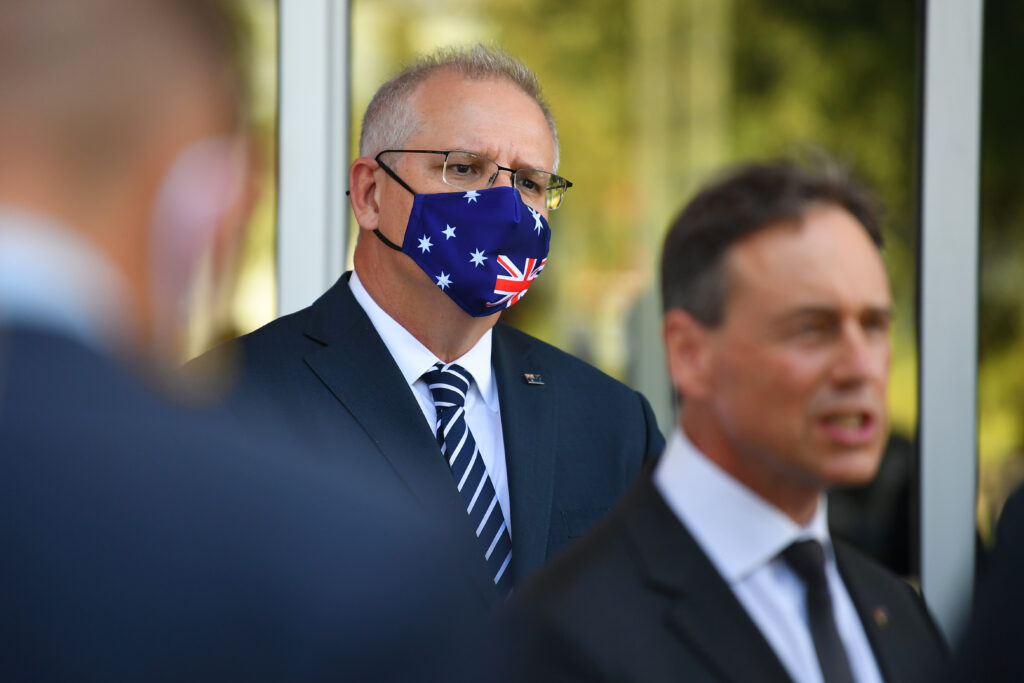 The ordinary people of Melbourne achieved something remarkable this year. So did the Prime Minister of Australia. During two historic, astonishingly shitty, prolonged periods of disaster, Scott Morrison made federal politics unimportant.

During the first of 2020’s existential gut-punches, he flew to Hawaii, went to the beach, received news two firefighters had died while he was away, and realised he’d perhaps miscalculated. After an awkwardly drawn-out period in which he apparently couldn’t find a flight, he aloha’d his way home with a single-minded determination to fix this mess by forcing non-consensual handshakes on devastated people who had just lost their homes. He waltzed through the padded gauntlet of sycophantic press for some damage control, and tried to soothe a stressed nation by telling us everything was fine because the cricket was on.

He has, however, had ample opportunity to buy one from his favourite hardware store this year.

I absorbed this piece of solace, the PM telling us to watch the cricket, over ABC radio. I was in the car somewhere between Mallacoota and Bega during a blurry week that involved two frantic evacuations and more driving than I did during the entire period between March and October. The road back to Melbourne was already engulfed so we headed north half a day before that too would have been impossible. I was trying to work out which roads were closed, which direction the fires were moving; my almost-two-year-old babbling blissfully unawares in the backseat, sirens and lights streaming towards us in the opposite direction. The sky was red. And the fucking cricket was about to start.

There’s no point pretending this isn’t personal in a futile attempt at false “balance” – the type of pseudo impartiality that’s defanged our media and protected our crooks from scrutiny, our dickheads from ridicule. Of course it’s personal. And it’s personal for millions of Victorians after the second of 2020’s crises.

During the coronavirus pandemic, having learnt the lessons of the first crisis, the Prime Minister recused himself of any chance of being labelled solely responsible for anything. A national cabinet was established. Federal Parliament was cancelled. A bunch of gas men were appointed to decide that gas was the way forward for our recently scorched land. A $5 million app was commissioned that, as of late September, helped with identifying just 14 cases and not a single one in Victoria.

I understand that free-market zealots like outsourcing, but this is a truly world-class effort.

JobKeeper was announced, a union idea watered down so that artists, migrant workers, universities and recently employed casuals couldn’t apply but the Catholic Church could  – because when you’re briefly putting ideology aside you don’t want to go too crazy. JobSeeker was doubled, effectively ending extreme poverty (spoiler: the Government would ultimately decide to un-end extreme poverty). And whenever Canberra’s easily distracted press pack managed to focus long enough to mutter something about aged care under their breaths – a sector that has seen 685 out of our 907 coronavirus deaths – he pointed at other, shinier things. And off he fucked on his gap year. It’s a shame Schoolies is cancelled.

Before we knew it, the confusing press conferences of the pandemic’s Triassic Period, the intermittent updates about essential jigsaw puzzles and barre and schools being clopen and everyone with a job being an essential worker faded into the iso fog of our second wave. A victory for brand management.

Very few people used to really care about state politics to this degree. But state politics now determines whether we can go outside, how or if we can work, who we can see, if we can go to the pub, and, without being too dramatic, whether we live or die. Federal politics is where all those things get undermined and where 700-odd people get their bathroom renovation grants.

We’ve heard from Dan and Gladys and Anna and Mark from Perth far more often than Scott from Somewhere Else.

In fact, this week, Mark from Perth, someone important, finally spoke the bleedingly obvious truth that basically only The Shot has been screaming for months. WA’s Premier Mark McGowan finally named the inflatable Bunnings shark in the room:

If I ever have any money I’m going to make sure I spend some of it in WA. Thank you, Mark from Perth. It’s appreciated.

Every single day of Melbourne’s soul-crushing, incredibly successful second lockdown, Daniel Andrews spoke to Melburnians. He didn’t always have good news, but he did at the very least have the courtesy to look us in the eye and live this trauma with us. For Victoria, Scott Morrison didn’t exist.

Not once did the Prime Minister speak directly to us without dog whistling to the rest of the country or demanding that we prematurely open up. Echoes of Trump’s “China Virus” – “The Victorian wave” he liked to call it.

It would have been so easy for someone not in need of a $190k empathy coach to reach out without self-interest, without worrying about the optics of being tainted by the Plague State. But he’s an optics guy first and foremost, and if he has a sports rorts esque colour-coded chart of electorally important areas of Australia, Victoria isn’t highlighted. 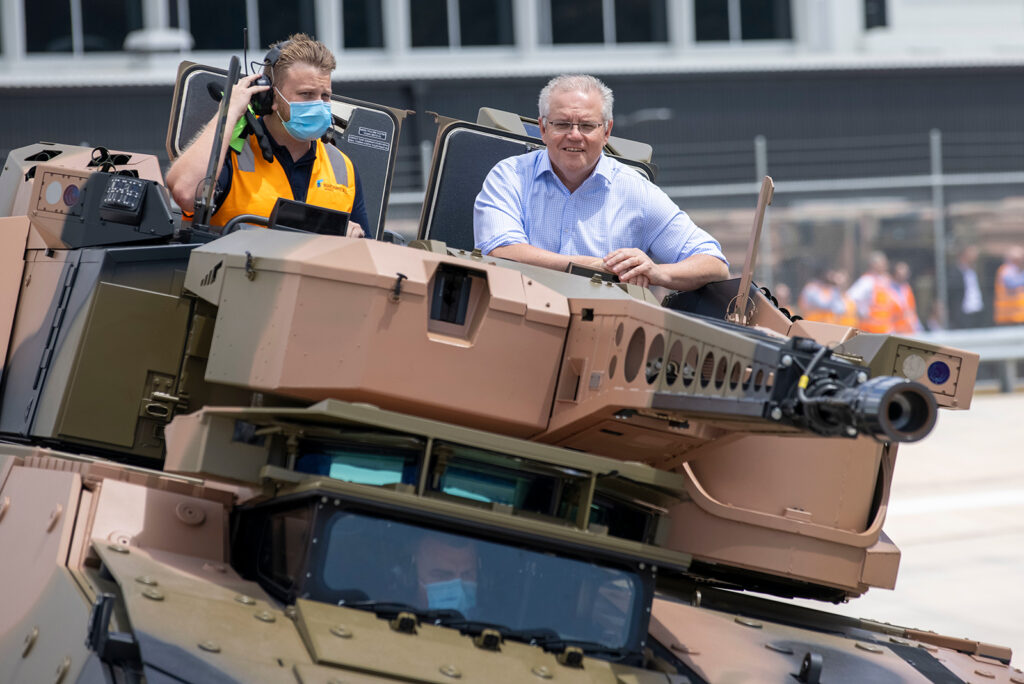 All of those things were illegal in Victoria at the time. Except probably the chicken naming thing, but who’d want to do that anyway?

He was at best uninterested in our shrunken lives, at worst actively hostile. Most commonly his hostility arrived via the proxies of Greg Hunt and Josh Frydenberg, token Victorians, because if Scomo is savvy about anything it’s optics. That’s why he tried his hardest not to encounter any actual Melburnians on his excruciatingly stage-managed visit to Melbourne this week.

"spotted" by a TV crew? Who just happened to be there? https://t.co/hxca6JboDl

His first visit since the pandemic hit, incidentally. He’s been to Bunnings more times. But it makes sense, because going to Bunnings plays better to Scott Morrison’s base than even tangential association with Melbourne and the aged care sector. He understandably does not want to tarnish his decent ‘rona wrangling reputation – a reputation he earned by not doing all that much.

Just because he sucked at marketing, fired from Tourism Australia in 2006 under mysterious circumstances, does not mean he didn’t learn anything at all from his former profession. That Scott Morrison is cunning, aware of, and obsessively managing his own personal brand should be obvious to even the people in Canberra pretending to be journalists.

That he is now trying to claim some credit for Victoria’s world-leading coronavirus crush, trotting around the international stage as though he didn’t abandon 6.5 million people in their moment of need, is insulting. And now Joe Biden wants advice, apparently? What could he tell Joe? The US already tried doing bugger all at a federal level and letting the states handle it. It didn’t work out very well for them.

That Morrison is now pretending his Government didn’t try to actively undermine Victoria’s efforts at every turn is infuriating. But futile. Gaslighting does not work when the victims are paying as much attention as Victorians have needed to this year.

This week, Greg Hunt, Federal Health Minister, told ABC radio that “Victorians did not feel abandoned by the Federal Government” and that “these comments came most prominently from the ABC”. He was insulted by the accusation. (Frankly, I’m insulted he thinks the ABC ran this line more prominently than I did.)

On Twitter I asked how Victorians felt about Hunt’s claims and received more than 1200 replies, not a single one supportive of the Morrison Government’s treatment of Victoria.

Well @GregHuntMP just told @Raf_Epstein that Victorians don't feel abandoned by the Federal Government. That that's ridiculous. And that comments suggesting we do came "most prominently from the ABC". What do you think Melbourne? He's tagged here. Let him know!

We obviously all have our own echo-chambers, but the ratio here is so overwhelming I’m inclined to once again accuse the Federal Government of gaslighting.

The best leaders unite and comfort people in dark times. Scott Morrison could have united the people of Australia behind Victoria. He could have comforted us while we sacrificed the better part of a year of our lives for the greater good. He did the opposite of both these things. He tried to turn us into pariahs.

In his antiquated, pre-coronavirus grasp of brand management, he decided the optics were better off elsewhere. At Bunnings. In Queensland. At the footy. While we did the important job. Victorians, electorally insignificant to this Liberal Government, we’re more useful to Morrison as scapegoats, as dog-whistles to the rest of the country.

The Year of The Dumpster Fire has highlighted a brutal chasm between the selflessness of ordinary people, and the petulant self-interest of those who would claim to lead us.