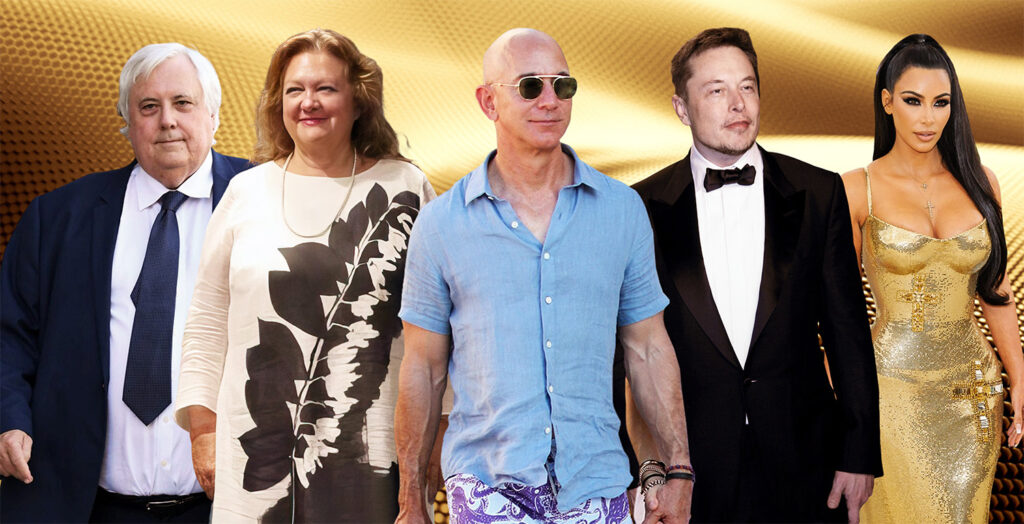 A few weeks back, before the US election distracted everyone from far more important matters, Kim Kardashian blew up Twitter with her “humble” little birthday gathering on a private island with 40 of her closest friends. What Kim thought was just a nice way to say “It’s my birthday” turned out to be the biggest crime against the working classes since trickle-down economics, and yet another stark reminder that no, we are not all in this together.

After 2 weeks of multiple health screens and asking everyone to quarantine, I surprised my closest inner circle with a trip to a private island where we could pretend things were normal just for a brief moment in time. pic.twitter.com/cIFP7Nv5bV

People were outraged. They were disgusted. They were furious that this celeb was flaunting her wealth, and demonstrating how out of touch she was by referring to this HOLIDAY ON A PRIVATE ISLAND AS A HUMBLING EXPERIENCE! We are in the middle of a pandemic for Christ’s sake! How could one person be so selfish, so tone deaf, and have absolutely zero ability to read the fucking room????

Other people were saying that. Not me. I wasn’t outraged or upset at all. I mean I enjoyed the outrage that other people experienced, but I felt the same way I always do whenever something like this has happened during the pandemic. I felt the way I do on Valentine’s Day when I say stuff to my partner like, “Why do we need one day of the year to demonstrate our love? It’s phoney! We should just do it every day!” after getting in trouble for not buying any flowers.

Similarly, with every action of selfishness and rich-knob ignorance I have seen this year, I think, “Why do we need a pandemic to have a class war? Why can’t we just have one every day?!”

Because here’s the thing: Kim Kardashian’s actions WERE selfish, tone-deaf, and displayed a total disregard for those less fortunate. Millions of people have lost their jobs, lost their loved ones, and don’t know what their future holds. For them, seeing a rich celebrity bragging about living a dream life of luxury was a real kick in the guts. But how is that different to anything she has ever done? Or anything that any millionaire or billionaire does on a daily basis?

If you think Kim’s birthday island party is bad, wait till you hear about this guy called Jeff Bezos. In Kim Kardashian’s defence: rich people are basically all like this, all the fucking time.

We live in a broken system built on exploitation that punishes the poor and rewards those willing to put their morals in a hessian bag and beat them with a baseball bat. We live in this world every day and we act like it’s normal. Then once in a while we find a particularly heinous example of some rich fuckwit being particularly douchey, and we rail on them as if their actions aren’t simply a by-product of a system that rewards that exact behaviour.

I submit to you, that you don’t hate Kim Kardashian: you hate capitalism. And the same could be said for almost everything in this world that you despise.

This pandemic is full of examples. Months ago we were flooded with news stories about selfish and greedy individuals hoarding hand sanitiser and medical supplies, in order to sell them for a profit. The outrage against this behaviour would make sense in a world in which medical supplies are free. But if you have a quick google of big pharma, I hate to say but you might find a few examples of some pretty yucky stuff.

Buying a lot of hand sanitiser and then selling it for profit is literally how retail works. You see an area in which you expect high demand, and you capitalise on it. The only difference between a bloke in his garage and Chemist Warehouse is the garage bloke doesn’t have a marketing team (and maybe more lax health standards, but even that isn’t a guarantee).

Hoarding toilet paper, same thing. If you have a problem with someone buying up tonnes of toilet paper so they have it all for themselves and no one else can get any, oh boy you will have a real big problem with property investors. Have you heard about these psychos? They are literally buying up as much land as they can so Aussie mums and dads have to go without. Land is a finite resource too, unlike toilet paper.

What about boomers? Everyone I know loves to hang shit on the polo shirt, relaxed-fit jeans-wearing, middle class versions of Lex Luthor. But it seems weird to simply hate an entire group of people in a single age range doesn’t it? I put it to you that you don’t hate boomers who are in assisted living, you don’t hate boomers who are homeless, and you don’t hate boomers who are sitting in a crowded Centrelink with their head in their hands wondering how they are going to make next month’s rent. You hate rich cunts who have frozen you out of a future. And I would argue that the 28-year-old trust-fund kid with a top-knot, five investment properties, and a startup tech business that’s going to “disrupt the way we think about new media” or tunnels or share-houses or some crap is just as equally stealing your future as any boomer. You don’t hate boomers at all, you hate capitalism.

Let’s not turn this into another Valentine’s Day, where for one day we make a phoney show of love when we should be doing it every day. We don’t need Kim Kardashian or Jeff Bezos or some guy hoarding hand sanitiser to make us hate the very act of hoarding.

Whenever we see a specific rich person doing something particularly yucky, it’s worth extrapolating just a little bit further. Of course this behaviour is gross. Of course it is. But they’re basically all like this, all the fucking time, and it’s working out really well for them. Because capitalism is gross.

“I’ll handle this one, luv”: Disrespecting a woman to prove you don’t disrespect women

What does Scott Morrison do?

The US election proved how meek Australian media is (also: Scott Morrison is a bit of a dodgy dude)

A very boring retraction from The Chaser Team

I joined a bunch of nutty right-wing Facebook groups during lockdown. Here’s what I learned 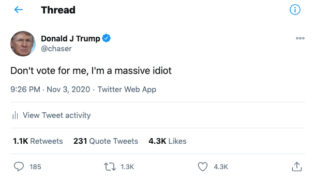 Comedy group The Chaser suspended by Twitter after impersonating Donald Trump
Help us bring you the good news
Our writers can't be paid in exposure, but they sure can die from it. So if you like the stories on The Shot and would like to become a supporter, we'd welcome the money. Just $1 a month is enough for us to keep publishing stories.
Support The Shot
Already a supporter? Click here to never see this again!
Do NOT follow this link or you will be banned from the site!