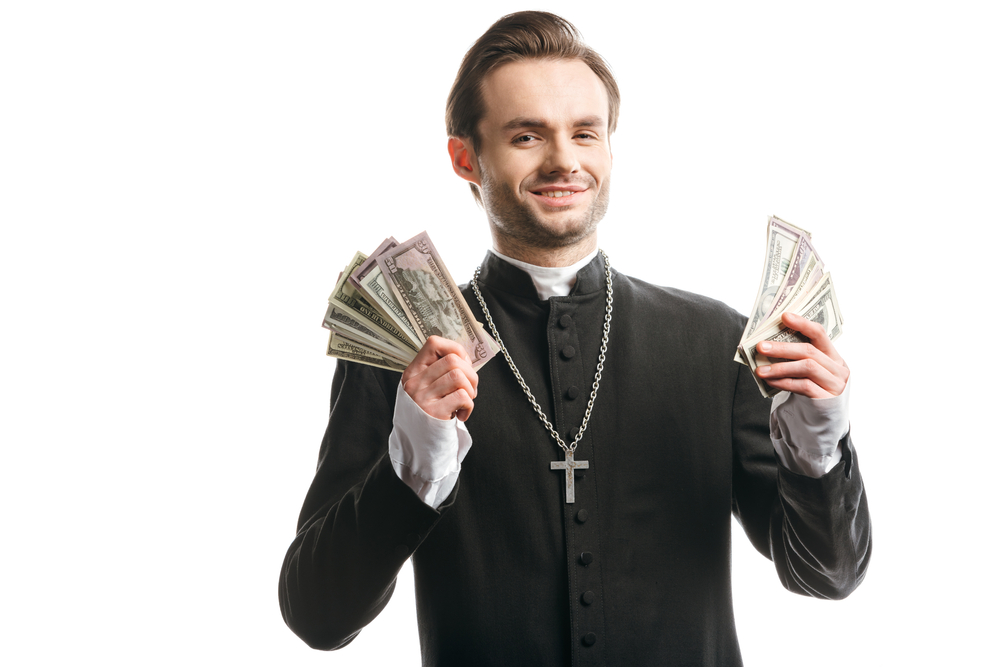 Catholic priests in Sydney who have been receiving the Federal Government’s JobKeeper payment are being asked to give half of the $3,000 monthly payment back to the Catholic Church as a donation.

The ABC has discovered that 41 priests in the Archdiocese of Paramatta have been receiving the payment, which sees them pocket almost double the normal stipend from the church.

Incredibly, the most damning part is not the mere fact that priests are eligible for the payments while many casual workers, university workers and countless people in the entertainment and arts industries are not.

No, it’s the fact that the Catholic Church is reportedly attempting to pocket half the payment, with donations from church-goers drying up due to coronavirus restrictions on social gatherings.

In letters obtained by the ABC, the church “recommended” that its priests give “between $500 and $700” a fortnight back to help with “the balance sheet”.

Your tax dollars at work people.

During the roll out of JobKeeper, the Federal Government was adamant that employers would be punished if they were discovered to be skimming off the top of JobKeeper payments, 100% of which are required to go directly to employees. It’s a grey area whether “donations” fall under this restriction or not.

Priests and other religious practitioners only became eligible for JobKeeper in May, after the government amended the rules of the scheme. The Catholic Church has admitted to lobbying hard for the change.

RMIT University employment law specialist Professor Anthony Forsyth summed it up well in the ABC’s investigation, criticising the church for pushing to get involved in the scheme in the first place.

“We’re talking about a very rich organisation, in the case of the Catholic Church, that could probably afford in other ways to look after its people,” he said.

Couldn’t have said it better ourselves.