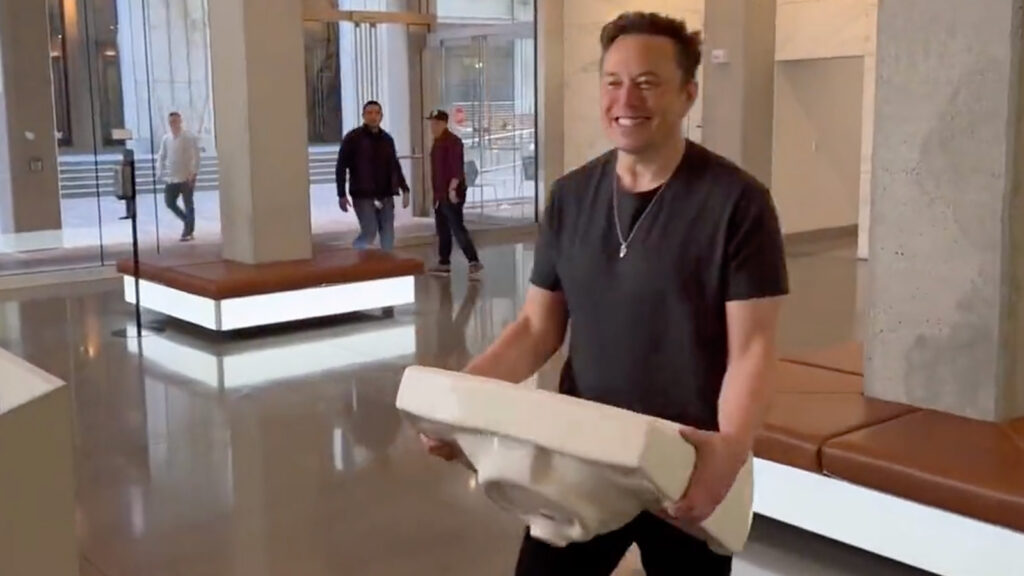 If you’ve ever had the misfortune to attend a strata committee meeting, that’s the closest offline analog to what Twitter was. For those unacquainted with the concept, a strata committee is the body used to mismanage apartment blocks, usually comprising the building’s worst owners and tenants. It is a bunch of people who have come together, voluntarily, to viciously fight over small things that make them irrationally angry, share a joke and then get sidetracked by gossip about the neighbours. Somehow, they then end up at the pub together later that night. So basically, Twitter.

I mean, obviously it was a hellscape. It obliterated attention spans. It sucked time away from family and friends. The dopamine hit from posting an insight people liked was enough to keep you there, but not enough to make you satisfied enough to close the app. But it was a democratic hellscape. It was a big dinner party where you ended up hearing all the wittiest, dumbest, shrewdest, wildest, angriest, and most insightful remarks each night, no matter who said them or where you sat at the table. It was our hellscape.

And, crucially, it was the last large social media company to hang onto the idea that social media companies should distribute content, you know, socially. TikTok is unashamedly non-social media. You can like things on the app, you can follow people, but as far as anyone can work out, it has no impact on what content TikTok then serves you. This is algorithmic media, or more accurately, addiction media. The AI at the heart of TikTok optimises the content it serves to be the exact content that will keep you on the app the longest.

Since time spent on an app correlates directly with advertising income, Facebook and Instagram have moved towards this innovation. When the broad sweep of history is written, people will be amazed by the past 15 or so years, and how, for a brief moment, capitalists lost their monopoly on the distribution of information. They won’t make that mistake again in a hurry. Even if it wasn’t all good (you know, QAnon movement has not been a net-positive for humanity), we will nostalgically look back on this period and mourn what we have lost with the passing of Twitter 1.0.

For years, Elon’s been the rich property developer at each Strata Meeting, who sits at the back of the room, along with his bros from work who are there even though they don’t live in the apartment block and don’t even seem to particularly like it.

To impress his bros from work, Elon spent much of his time mocking the earnest people at the front of the meeting who were trying to work out a way to fix the leak in the carpark, or decide on what colour the carpet in the foyer should be.

Like his cars, Elon’s jokes consistently crashed and burned. He was a teenage boy who had just discovered Monty Python, inserting himself into discussions by ostentatiously lobbing punny groaners, or reading a printout of a meme his colleagues had emailed him that day. When that failed to land, he’d make lewd references to 69 being nice because, you know, it’s edgy to like sex.

Even though he was allowed to show up, Elon never really fit in. And he knew that. Over time, this irked him. The property developer bro started throwing his weight around, boasting about how he could buy the whole building if he wanted. He could raze the charming, ageing apartment block to the ground, and build a skyscraper of shiny, characterless boxes over the top of it, he threatened.

And, then, when the threat failed to make his jokes funnier, or heal his aching ego, he carried out his threat.

This behaviour is not new. In Australia, we don’t have Elon Musks, but we do have property developers with no sense of taste, and they’re basically the same thing. The best way to get rich in Australia is to find an existing suburb that has a really nice sense of community, buy out all the decrepit houses and (ideally even the town square), and then build massive apartment blocks over the top of them.

It’s a hideous process that destroys community and meaning and history. It uproots lives, destroys local networks, and centralises power and profit in the hands of the developer.

But it works. At least, it works for capitalism. Building shiny characterless town squares makes you a shit-ton of money. And in a society in which power is primarily derived from making money, that’s really all that matters. Because we don’t place a price on the intangible, infuriating, beautiful thing called community, our system doesn’t value it.

Twitter 2.0 might very well work. People like moving into shiny, characterless apartments. At least the carpet’s clean and there are no leaks in the carpark. And, anyway, everyone’s too busy working long hours to have time for community.

People need to click "yes" to confirm being part of this by 5pm ET tomorrow, else they get 3 months severance. More details:

But we lose a lot in the process. The strata committee in those big developments is always controlled by the developer and his bros. In those meetings, you have to laugh politely when the rich dick who owns the place cracks a pun, or brings an oversized novelty prop into the meeting. There’s no furious disagreement about what to do with the broken treadmill in the gym because the power in the room is not shared.

You know that there is one person in the room who has the power to fix the leak that’s creating a mouldy patch on the ceiling in your living room. So you laugh politely. At a pun. About a sink.

Don’t believe me? Just listen to the excruciatingly half-hearted chuckle from the guy holding the camera in this classic Elon tweet: