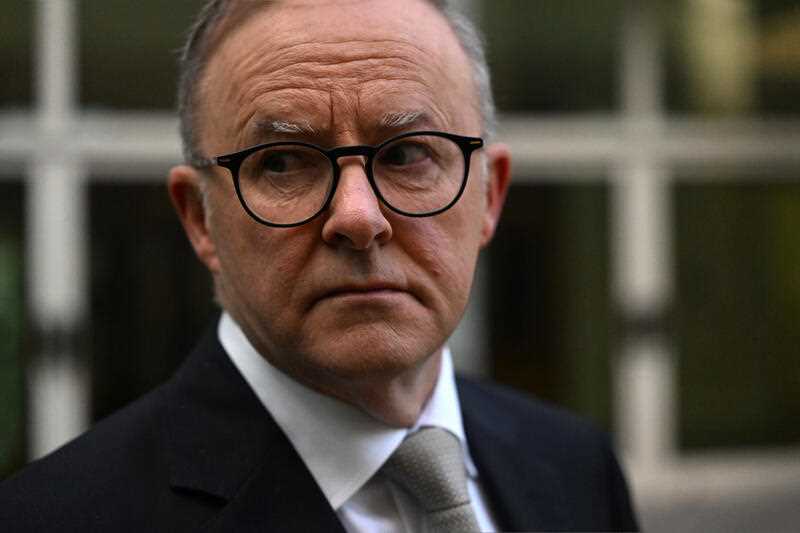 One hot take I’ve seen a few times in recent days is that Jim Chalmer’s Budget on Tuesday must have been good because nobody really could work out what to attack it for. This, I think, proves once and for all that hot takes are really fucking dumb.

That said, here’s my hot take. Labor may have kept one promise on Tuesday — to deliver the stage three tax cuts, but in doing so they broke many, many other promises. In particular, Labor promised they “supported” wage rises. Under Chalmer’s budget plan, Australians should not expect a real wage rise until 2025. Secondly, Labor promised to fix the housing crisis in this country. The budget plan is for the crisis to get worse over the next five years. Of course, all governments break promises, but the problem is that Labor doesn’t have a coherent story about why they’re breaking these promises.

What Dutton seemed to mean is that Labor missed an opportunity to shovel taxpayers money into massive subsidies for the energy sector — similar to the uncosted energy policy that Liz Truss announced a few weeks ago. Great idea! Well done, Peter. Keep going. At some point, though, you might want to check how Liz’s career is going.

Labor's Stage 3 Tax cuts give $244 billion to the richest people in the country.

Every politician will get more than $9000.

The people don't want Labor's Stage 3 tax cuts, and this handout for the wealthy must go in October’s Budget.https://t.co/JRGMNZB3HX

Of course, many misty-eyed Labor faithful still believe that Chalmers and Albanese will still break the Stage 3 Tax Cut promise down the track.

I don’t know about you, but “surely they’ll ditch the Stage 3 tax cuts in May” is now up there with “I’m sure there was a good reason to approve 17 new coal mines in Queensland” as a favoured talking point by the Labor leaning folk in my life. Sure. And then they’ll socialise the means of production.

But the best hot take this week was from Max Chandler-Mather, the Green’s housing spokesperson, who labelled the Government’s housing policy as “bullshit”.

Ok so I wanted to break down why exactly this “1 million homes” announcement is frankly, complete bullshit. 🧵

Before the election, the Greens sniffed a political opportunity around housing. They promised to build an extra million homes, a policy that would, in fact, solve the housing affordability crisis in this country.

There’s a reason why, according to the latest Resolve poll, that 40% of Victorian voters under the age of 35 have abandoned the major parties. Housing is possibly the single biggest issue for young people. Extremely high prices for shelter is a bipartisan policy in Australia, as confirmed by Tuesday’s budget.

You can see how Millennials are having a huge impact on voter sentiment within such surveys when we look at Labor’s age break downs. A higher dose of support.

However, over 40% of under 35s are opting against the major parties.

In a cheeky bit of complete dishonesty, on Tuesday night, Jim Chalmers stole the “million homes” line from the Greens, announcing that under Labor, Australia would build a million new homes over five years.

This sounded great, until you realise that over the past five years, the number of new homes built in Australia was, *checks notes*, about a million.

By ducking most of the hard decisions around housing and taxes in this budget, Labor has left itself without a story to tell about why it should be in power. This is not a problem now. The polls are fine. Dutton is less effective than a damp lettuce leaf would be, the Murdoch press is still trying to find an effective line of attack and Bandt is a useful foil for Labor. Long term, though, the lack of a narrative will hamper Albanese’s ability to make the big reforms that he wants to be remembered for.

It’s a pity, because Labor actually had a narrative in the lead up to the election. Labor pitched themselves as the sensible adults in the room. While Libs and Nats were all over the place, having sex in prayer rooms and throwing cash out the door like it had no cost, Labor MPs were the nerdy nerds dutifully studying for the final exams.

But that was the election. Now they have to govern. And they don’t have a narrative that allows them to get out of election mode and into governing mode. Because the truth is that Labor broke tons of election promises with its budget on Tuesday. Just none that are likely to raise the ire of Dutton or the Murdoch press. They broke the promise that they favoured higher wages. According to the budget, nobody should expect a real wage rise until at least 2025. They broke the promise to address the housing crisis. Their current plan is for the crisis to get worse.

Of course, we all know, as Machiavelli so succinctly put it, for a prince to maintain his political power, he must appear to be virtuous and honourable, but he does not actually have to be virtuous or honourable. Albanese is intensely aware of this. And that’s why all of the many promises he’s broken have all been ones that are easy to break. Sky News is hardly going to go to town on him if wages remain stagnant. Dutton, who’s main job is a property developer, is hardly going to complain if house prices stay high. Nobody, outside of Greens raging on Twitter, have noticed the mounting broken promises.

Which is why Albanese has to ditch his current “what you see is what you get” narrative, and find a new one. Otherwise, he’ll stay hemmed into a lack-of-reform agenda.

So what should the new narrative be? Personally, I think he needs to make it personal. On the campaign trail, he’d talk endlessly about how he grew up in public housing, and about how social support from government made him who he is today. If he wants to free up an extra $250 billion to actually do something with his time in office, he needs to explain that he has ambitions for Australia that don’t fit into the low-tax, low-ambition Australia that the Stage 3 tax cuts imply.

The narrative needs to be that Australia is now aiming so much higher than the previous government ever imagined, that being locked into their mediocre, just-enough, low-tax policies is neither virtuous nor honourable, and in fact, a betrayal of the next generation.

And he needs to do it sooner rather than later, because an ineffective damp lettuce leaf is not going to be the Opposition Leader forever.