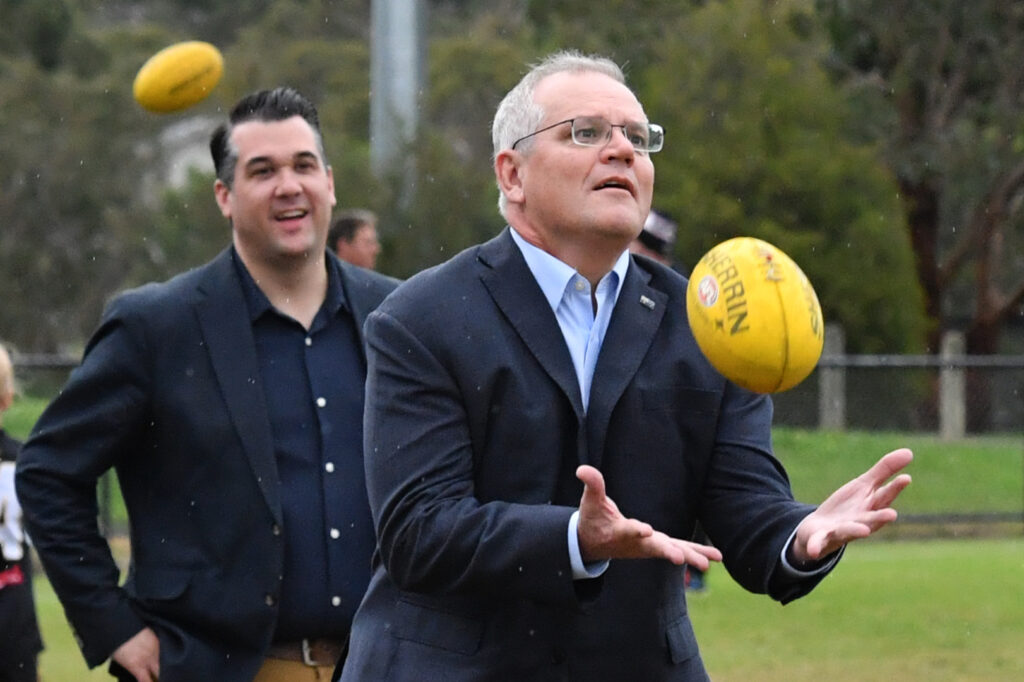 One day to go, and it’s 2019 all over again. In that election, the polls pointed to a Labor win, but then, in the closing days, there was one factor that overrode all the policies, promises and propaganda.

The data consistently showed voters thought Bill Shorten was a creepy little man who couldn’t be trusted. They went with the guy they didn’t know instead, a newbie called Scott Morrison.

Well, Scott Morrison is the Bill Shorten of this election, and the Libs are aware of that. In the past week Morrison has even tried running against himself, promising that voting Liberal would result in getting rid of the old Scott Morrison and electing an entirely different new Scott Morrison.

Sorry, not sorry, Mr Morrison. You’ve fucked it. If you hadn’t spent the past three years ducking and weaving out of any responsibility and actually paid attention to your job, you’d be in like Flynn.

If you’d just put down the lump of coal and picked up a hose instead, if you’d just helped the states manage the pandemic rather than undermining the Labor ones at every opportunity, if you’d bothered to pick up the phone to Pfizer, bothered to buy some bloody RAT tests before everyone bloody needed them, if you’d not been involved in a cover up of a sexual assault that happened 50 metres from your office, if you’d not lied to the French president, if you’d bothered to do anything about the grifting that your colleagues seem to be compulsively addicted to, you’d storm it home tomorrow.

In hindsight, you were never Prime Minister of Australia. You just sat there and smirked your way through three and a half years, while China carefully built a base at our door, while the country burned and flooded, while Australians went backwards in real terms, to the point where real wages are now at the same level as they were in 2012.

You wiped out a decade of gains, and tomorrow you will be wiped out. It will be as if you never existed.

But credit where credit’s due. One thing you did achieve in your three terrible years as the most indolent leader we’ve ever had, is that you didn’t shoot down a whole lot of women when they peacefully protested outside your workplace one time.