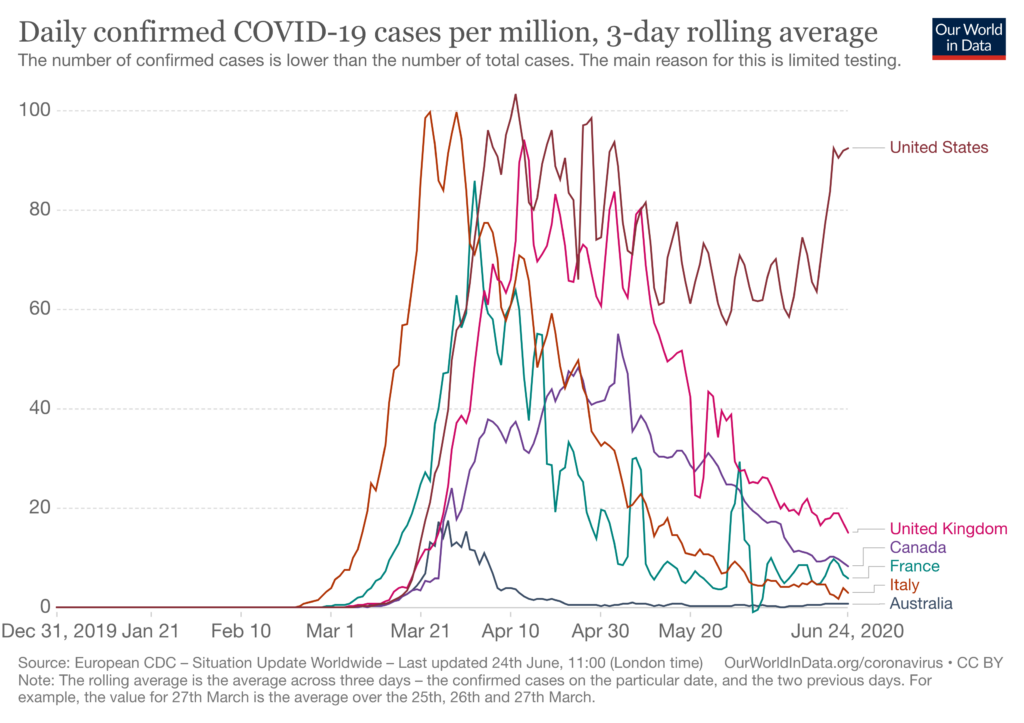 The USA today recorded its highest single-day total of new coronavirus cases since April, with 34,700 positive test results country-wide, but that number could begin to fall soon.

That’s not actually good news, though, as community testing sites in several states are set to lose federal funding. This will see the country’s capacity to test for the virus diminished in several key COVID-19 hotspots.

The Trump administration has announced that it will end funding and support for several Community-Based Testing Sites, of which there are currently 13 across five states.

A Department of Health and Human Services spokesperson told NBC that the move was part of “broadening its community testing support to a more sustainable model.” It will continue to support “retail and pharmacy partnerships in more than 600 locations and offering COVID-19 testing at over 1,300 Federally Qualified Health Centers.”

While that may be well-intentioned, the fact is that lots of the sites being closed are in crucial locations, including seven in Texas, a state which continues to set record numbers of cases and hospitalizations.

In addition, all 13 of the sites to close are drive-thru sites, a method of testing that has proved successful in multiple countries due to convenience and the inherent social distancing that comes with being confined to a car.

Local health experts aren’t happy with the call. Scott Becker, CEO of the Association of Public Health Laboratories, told Politico the timing could hardly be worse and the sites are still “critically needed”.

“This is not the time for the federal government to walk back prior commitments on testing,” he said.

Even Ted motherflippin’ Cruz is against the closures. A spokesperson for Cruz said the Republican Senator has “urged and will continue to urge HHS and FEMA to extend the community testing sites in Texas.”

There’s definitely something slightly unsettling when even Ted Cruz can see how batshit crazy things are getting in the US.

The funding cuts are at least logically consistent, in an illogical sort of way, with Trump’s continued assertions that if the US just stopped testing there would be fewer positive tests.

You just can’t argue with that.