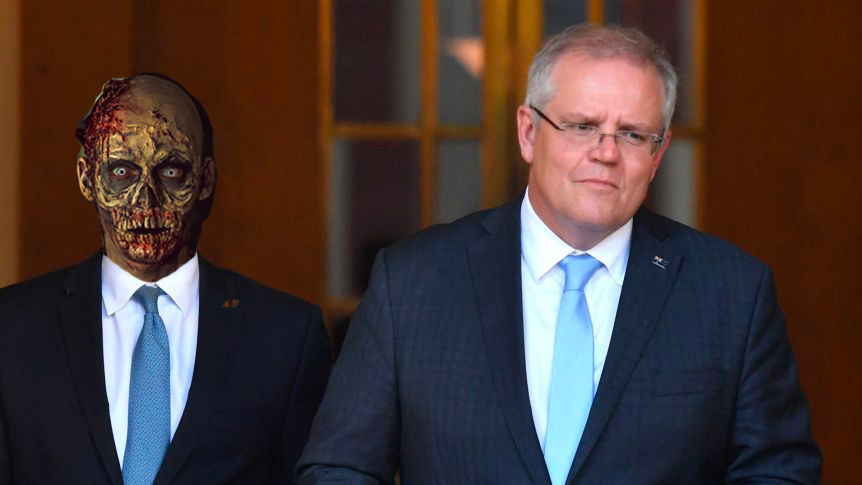 In announcing cuts to the JobKeeper scheme today, the government has said its done this because of concerns about so-called “zombie” businesses:

Ironically, the concern about zombies was first flagged in May by consulting firm Deloitte.

It’s ironic because a zombie firm is a company which is not viable by itself but only exists because there are government handouts available to pay them to engage in otherwise uneconomic activity. Basically Deloitte’s entire business model.

But the zombies the government are worried about are not swish firms like Deloitte. After all, who would treasury officials lunch with if Deloitte weren’t around to pick up the bill?

It’s small businesses that the government is worried about: the badly-run cafe that treasury officials wouldn’t be seen dead in. The live entertainment venue that thought spoken-word performance art would be a great way to make money. Or the fruit-in-a-box vendor to corporate offices, that was a weird-but-nice service for employees when times were good, but now look like a stupid waste of money.

The changes to JobKeeper are designed to kill these businesses off. Clearly the badly-run cafe owners of this world are not as good at lobbying the government for cash as Deloitte. But there are plenty of other zombie firms that could be cut that would have saved far more money for the government than their tweaks to JobKeeper.

For a start defence contractors, who drop $10k per lunch to wine and dine defence officials, would be a better place to start. These are firms whose only customer is the government, and literally only exist to receive government handouts. But nobody in Treasury has suggested these “zombies” should be cut.

Neither have the private security firms that the government shells out nine-figure contracts to for the utterly unproductive tasks such as guarding asylum seekers. If there is ever a company that exists simply to suck money out of the government it are these.

Luckily, there is one zombie firm that has been wound up. The company that Angus Taylor set up in the Cayman Islands for the purpose of selling non-existent water to the Government for $80 million closed last year.

Of course, $80 million is a rounding error on the JobKeeper scheme. But it’s not nothing. You could take defence officials out to lunch 8,000 times with that sort of money. Very productive!